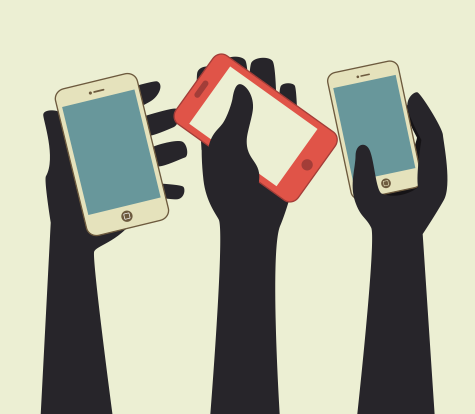 LogMeIn recently released new research based on the survey responses of nearly 6,000 mobile users who, at one time or another, had used their device to contact a company. The report is hefty – as are the conclusions it draws – so we wanted to craft an executive summary with a solid, though not exhaustive, overview of the report.

It’s worth noting that prior to the study’s commencement, we found notebooks full of mobile research (literally, we printed them out and put them in notebooks), yet we found very little on the topic most pertinent to us: Mobile engagement. One of the most salient points in the Effective Mobile Engagement report is the defining – or redefining – of what exactly mobile engagement is – and isn’t.

What Is Mobile Engagement?

Mobile engagement is not advertising. Mobile engagement is about communication or the facilitation of conversations between a business and a customer. One of the hopes of the research effort, over time, is to empower businesses to better understand mobile engagement so that they might embrace it, optimize it, and build competitive advantage from its superlative execution.

Today’s definition is decidedly reactive from a business perspective: “Mobile engagement is when a customer chooses to connect with a business and that business does their best to respond as quickly as they can. The business may or may not even know they are engaged with someone using a mobile device.”

The definition we hope that businesses will adopt sounds more like this: “Mobile engagement is an operational practice that includes an organized and intentioned set of actions, processes, people, and technology aimed at being ready to efficiently and superlatively handle customers who engage from mobile devices.”

In order to achieve the second definition, companies must understand why mobile engagement happens, with whom, what drives engagement satisfaction, and when to engage proactively. The Effective Mobile Engagement research was specifically conceived to address these questions.

Nearly 6,000 respondents across 10 countries were surveyed and the results allowed us to draw five important conclusions for businesses wanting to build a mobile engagement competence.

The respondents were mobile device users who had, at one time or another used the device to engage with a company for support, e-Commerce, or both. The percentage of those qualifying for the survey was very high – more than 80%. The conclusions – each and every one of them – have the potential to challenge existing customer engagement paradigms.

The state of mobile engagement is very healthy with about 50% of the worldwide population engaging companies at least sometimes using their mobile device, and approximately 20% of people engaging often or all the time while mobile.

The most popular types of engagements are e-Commerce related but support engagements are not infrequent. For example, 72% of the sample used their mobile device sometimes, often, or all the time to research products or services, while 52% used their devices with the same frequency to seek billing support from a company.

#2: No Mobile Engagement Strategy Is Complete Without Text-Based Channels Like Chat

Live chat is more frequently used on mobile devices than we hypothesized. In the US, for example, 57% of the U.S. population say they frequently engage in chats from their mobile devices. Geography, in fact, makes a big difference when it comes to channels. Texting and social media are in much more use in Europe and Latin American countries, for example. Respondents in Mexico were more than two times as likely to have used social media to seek support from a company than any other geography.

For engagements generally, and for specific engagement channels like live chat, the introduction of mobile changes what constitutes success or satisfaction. Also, the relative order of success/satisfaction determinants also changes when looked at through the mobile filter. In short, mobile engagement has operational considerations distinct from non-mobile engagement.

People who often use their mobile device to seek technical support and those who use it regularly for shopping are more likely to use more mobile channels, and their mobile expectations are higher than the population at large.

The report investigates these two groups in some detail because they are the mobile constituents a company is most likely to encounter first as they embark on a mobile engagement journey. Of the entire universe, 63% indicated that they used their mobile device multiple times a day, every day. Mobile technical support seekers landed at 69 percent and mobile shoppers at 75% – a full 12 percentage points higher than the sample at large.

#5: Support And Sales Are Different

Mobile engagement is used for both support and sales scenarios, but there are important differences, which can be instructive from an operational standpoint. For example, most support engagements come in during work hours where more discreet channels like live chat, email and texting should be added into the mobile engagement mix. More than 50 percent of respondents frequently shop in the evening or weekend using their mobile device. Staffing for these different times of engagement is crucial.