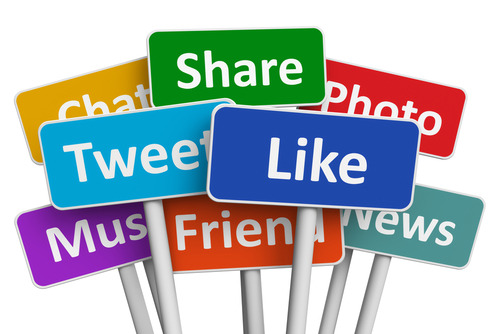 Social media is valuable in that it encourages retailers to get their creative juices flowing and have some fun! Not only that, but social networks such as Facebook and Twitter empower consumers to respond in real time.

We’ve covered a fair share of successful social campaigns…others, however, have not been so successful.

Below, the RTP editors touch on both, sharing their favorite social moments…for better or for worse:

Debbie Hauss, Editor-In-Chief: I really liked the Pepsi Max Bus Shelter campaign that overlaid videos of aliens, monsters and tigers into a real-life scene. It’s always fun to watch people’s reactions to something unexpected. I also appreciated the fact that the videos were just fun and surprising, not offensive. More than 4 million people watched the videos on YouTube. It’s hard to argue with those kinds of results.

Alicia Fiorletta, Senior Editor: I’m not gonna lie, I love my fair share of silly, zany and out-of-the-box social campaigns. But sometimes, it takes a brand standing up for what they believe in that really makes me reflect on the power of social media. Honey Maid recently released a commercial showcasing a series of “modern families,” including interracial couples, tatted up punk rocker parents and yes, same-sex couples. The graham cracker company received a fair amount of criticism on social media, as is expected with such a polarizing topic. Rather than retracting its vision, Honey Maid released a new video across social networks, airing out the nasty comments so many people left on social media. Then, something amazing happened…the brand then showcased all the positive things people said, confirming that the positive feedback outweighed the negative exponentially. This follow-up video gives me goosebumps and, in my opinion, is a work of art. Check it out when you get a chance. This article from The New Yorker outlines all the details nicely.

Kim Zimmermann, Managing Editor: While Oreo famously got some mileage during the previous Super Bowl when the lights when out, I liked some of the tweets from JCPenney during this year’s otherwise uninspiring game.. A lot of typos and silly observations. They even got the attention of Kia, which asked if they needed a designated driver. In the end it was intentional, as they said they were “tweeting with mittens” and promoted their “Go USA” mittens for the upcoming Olympics. The retailer is still struggling, but they’ve got a sense of humor.

Glenn Taylor, Associate Editor: South African retailer Urban Hilton Weiner took advantage of the “selfie” trend on November 24, 2013 by initiating the one day only “Pay towards your purchase with a selfie” campaign. Consumers following @UrbanSelfie on Twitter and Urban Degree on Facebook could tweet a photo of themselves with #urbanselfie in the clothing they intended on purchasing to get $10 off on the item. This idea is an excellent example of customer engagement because it got people excited in a short span to not only make a cheaper purchase, but show it off to friends and family.

Brian Anderson, Associate Editor: Durex has a very active following on social media – with over half a million Facebook “likes” and thousands of Twitter followers spread across geographically segmented Twitter handles. However, back when the company was contemplating adding an immediate condom delivery service to its offerings, Durex used social engagement to promote the campaign with a poll on Facebook: “What city would be the most in need of instant protection?” The Jokers of social media took the poll by storm, and managed to vote the conservative Turkish city of Batman as the city needing the most protection. The quiet city received a lot of negative attention, and Durex ultimately shut down the campaign due to unintentionally affecting the city’s reputation.