5 Storytelling Lessons From A Diverse Range Of Brands

More than 102 million people tuned in for Super Bowl LIV, according to Variety, and we all know that the commercials play an important role in driving up the Big Game’s entertainment value. That’s why so many brands pull out all the stops, using their most compelling messaging, social handles and more than a few star-quality guests. As a result, the costs for these ads cost up to $5.6 million for 30 seconds, according to NPR.

This year, the Retail TouchPoints team found that the most compelling told powerful stories but executed them in a light-hearted way. We’ve seen our fair share of tearjerkers in the past, so seeing brands take a more creative approach was a pleasant surprise. Here are some of our favorites:

Super Bowl commercials from two of the web’s most popular online destinations, Google and Amazon, shared a common theme: the allure of outsourcing parts of our brains to machines. The Google “Loretta” commercial showcased Google’s ability to not just store photos and videos but to remember the specific traits, likes and dislikes that made up the now-departed “Loretta’s” personality. Presumably these reminders are designed to help a surviving partner who’s dealing with memory loss to maintain a sharper remembrance of things and people past. The spot effectively tugged at my heartstrings — I’m only human — but it’s easy to imagine these “reminders” being co-opted for commercial purposes: “Remember how much you like Pop-Tarts!”

The Alexa commercial is a different kind of trip into the past, dramatizing how poor, Alexa-less humans got their information, sent messages and adjusted the temperature in their homes before Alexa was there to manage all that for them. My favorite segment was the Game of Thrones homage, with a dove carrying a tiny note penned by a princess. The dove is first snatched by a hawk, quickly followed by both birds being eaten by a fast-moving dragon. No doubt Alexa is both powerful and convenient, but it’s also a commercial device — and once you ask it to remember things, you may not realize all that you forget.

Over the past decade, we’ve seen an influx of brands creating ad campaigns built around feminism. While all were hopefully created with good intentions, they had varying levels of success: Consider the stark contrast in response between Always’ #LikeAGirl ad and Dove’s now-infamous body wash ad. These examples reaffirm that developing an ad with such an important and at times polarizing theme takes careful thought and flawless execution. For Olay, that meant creating a spot that was relatively simple but had a deeper, more complex underlying message. The entire ad starts cheekily, with Katie Couric asking, “Is there enough space in space for women? Are people really still asking that question?” Then, when an all-women’s team of astronauts, including Busy Philipps, Lilly Singh and actual astronaut Nicole Stott, blasts off into space, they realize just how much space there really is in the universe. It’s cute, quick and to the point; powerful, but not too preachy.

The best part is that the ad does more than entertain: For every person that tweets using the hashtag (#MakeSpaceForWomen), Olay donates a dollar to Girls Who Code. Talk about putting your money where your mouth is. The ad has been live for about two weeks and has garnered 160,000 mentions for the hashtag, according to international social media analysis firm Talkwalker. However, activity spiked during the Super Bowl. My favorite part about this whole thing is that it is built upon a double meaning: On one hand, the Girls Who Code partnership and the actual space mission inspires girls and women to get involved in science and mathematics. However, it also refers to the fact that more space needs to be made for women in all facets of life — whether that’s in space, in government or in the boardroom.

Walmart’s efforts to bolster the in-store pickup experience, particularly in grocery, have been well-documented within RTP, so it’s interesting to see the Walmart Pickup program get promoted to such a broad group of potential consumers. While other retailers don’t have the capital to spend on Super Bowl ads with movie-quality CGI and cameos the way Walmart does, the commercial’s success comes from something they can emulate: promoting a value proposition effectively. Even though more retailers are offering services like in-store pickup, it’s likely many shoppers remain unaware that the service is an option. Walmart didn’t even dilute the message by promoting itself as a retailer — it exclusively focused the commercial on Walmart Pickup. Retailers looking to stand out shouldn’t be afraid of showing exactly why they are supposed to stand out, and placing it at the center of the conversation. If an online-only apparel retailer is known for providing great fit without needing to do an in-person measurement, or a home goods retailer has an excellent in-store mobile clienteling experience, then those retailers have to go above and beyond to promote these success stories to all audiences.

With experts predicting a rocky 2020 ahead, it should be no surprise that nostalgia, and the comfort associated with it, sells. Jeep’s commercial tapped this potential by putting a beloved actor back into one of his most recognizable roles (complete with a few other smaller but no less standout characters), and letting the story unfold from there. Replacing the existential dread of reliving the same day over and over again for eternity with the fun of a joyride was the perfect approach to a major purchase like a vehicle: it’s telling potential customers to take a break from worrying for a bit and treat themselves to some fun. The future may be uncertain (or too certain, in Bill Murray’s case), but the message here was that with this product, you could put your troubles aside for a bit and just go have fun.

We’re curious to see if brands and retailers take cues from these successful ads across all channels. Although we’re seeing an interesting renaissance in TV advertising, especially among direct-to-consumer (DTC) brands like Harry’s, brands should still consider how these ads can be reused or repurposed across social media, display advertising and other channels. 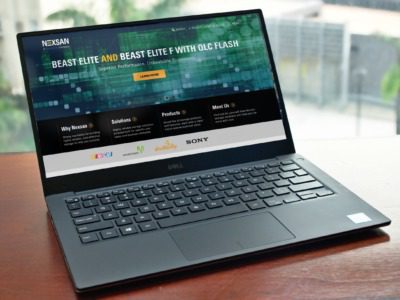 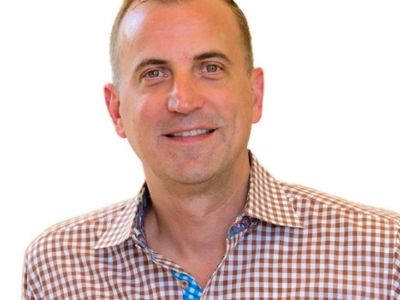