Several recent articles I’ve written have touched on the importance of corporate responsibility. Shoppers, particularly among younger generations, increasingly will flock to retailers and brands that support a cause.

The chosen purpose can be social, environmental or political; it can be a long-term commitment or pop up in reaction to recent news — but the one unbreakable rule is that the support must be perceived as authentic. Retailers can’t just claim they stand for a cause and call it a day; they need to earn customers’ respect, and prove they care about the issues they support.

“I think there’s a really important question around what issues should a retailer or any brand engage in,” said Peter Horst, founder of CMO Inc. in an interview with Retail TouchPoints. “It should start with one that has a real authentic, genuine connection to the business. Without that you just look like a cynical bandwagon jumper, trying to capitalize on some concern. It really doesn’t connect in any meaningful way, and people will spot that and they don’t like it.”

Another key element is alignment with a shopper’s personal values, which is important to 52% of Millennials, 48% of Gen Xers and 35% of Baby Boomers, according to the Evolution of Retail: The Brand Perception Effect study from Euclid.

A Strong Mission Is The Backbone Of Authenticity

Ideally, support for a cause relates in some way to the brand’s identity, whether that’s its history, the way it treats employees and suppliers, or how its products are sourced and manufactured. Retailers that tell a story about their beliefs, such as the reason behind their use of Fair Trade Certified materials, can use that narrative to draw customers in and make their products stand out. For instance, The RealReal has launched a Sustainability Calculator to help shoppers understand the environmental benefits of buying consigned items.

When support for a cause is organic to the brand’s operations, it’s easier to alert shoppers about what the company is doing without coming across as self-serving, and yes, inauthentic. Companies also can benefit from a combination of approaches, such as taking a stand on a specific topic when it affects a long-term passion. Patagonia has consistently been a strong advocate for outdoor spaces, and when President Trump signed an executive order that threatened millions of acres of parkland, the company went on the offensive. The retailer sued the government and changed its site’s home page to the words “The President Stole Your Land” in large white text on a black background.

Taking this stand reaffirmed Patagonia’s devotion to conservation, proving the authenticity of its message. The move also resulted in substantial media coverage, with outlets including The New York Times detailing the retailer’s move.

Political Stands Can Pay Dividends, But Keep Your Shoppers’ Values In Mind

Things can get trickier when retailers weigh in on more divisive “lightning rod,” issues, such as Black Lives Matter, #MeToo or other social justice concerns. The current poster child for the benefits of taking an authentic stand in a way that taps into the current zeitgeist is Nike, which saw an online sales jump of 31% between Sept. 2 and Sept. 4 ,after it named NFL quarterback-turned-activist Colin Kaepernick as a company spokesman. By Sept. 20, the retailer had sold out 61% more merchandise since the Kaepernick ad launched.

However, returning to authenticity, retailers should keep their customer bases in mind when they decide whether it’s appropriate to take a stand. While the benefits Nike is seeing are undeniable, the demographics the retailer serves have different attitudes than the U.S. as a whole, according to data from YouGov:

As the holidays approach, retailers will have the opportunity to confront another potentially divisive issue: whether they should open for Thanksgiving or give their associates the day off. Businesses will have to weigh the benefits of an extra shopping day against the potential added loyalty of a labor-friendly decision — but regardless of their choice they must make sure their response doesn’t come off as pandering. 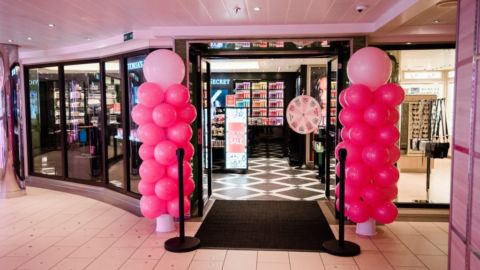