The Missing Piece In The Retail Technology Stack: Human Beings 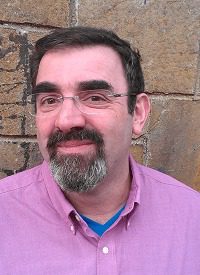 A Facebook friend of mine recently published a retail-related rant about the poor service she received while shopping for shoes at a major department store (that will remain nameless):

“I told the guy which ones I wanted and waited 10 minutes while he looked and came back to tell me they had neither the size nor color I wanted. Shouldn’t he/she be able to scan the code and discover that without ever going to the stock room and climbing on a ladder? Or shouldn’t I as the customer be able to scan it and find out the same thing and then order the shoes from a warehouse to be delivered?”

She finished up with most damning sentence I can imagine:

“When you shop retail you can’t help but compare it to the Internet experience.”

Don’t worry, this article is not another “Why is brick-and-mortar retail dying?” think piece. It’s about the interplay of human beings and technology in a service-oriented industry. Not to be all crunchy-Granola about it, but they are the yin and yang of good service. As my friend’s rant indicated, human beings without technology are severely limited. But technology without human beings is worse than limited: it’s almost useless.

Technology For Humans, Not In Place Of Humans

I was reminded of the importance of the human-technology connection, ironically, at a user conference hosted by one of the world’s largest technology companies: Salesforce Xchange. Among the many presentations by Salesforce execs and retailers, there was a refreshing emphasis on how various technologies would be used by real-world store associates to enhance the experience of real-world shoppers.

Vineyard Vines, for example, has deployed a mobile-first point-of-sale system (mPOS) that provides associates with the ability to see current inventory in their store as well as other stores and online. Associates can view the same product mix that customers see online, with a single view of customer, product, prices and promotions.

“The immediate value was the ease of use,” said Karen Beebe, VP of Technology at Vineyard Vines. She described a pop-up store that the retailer had set up at Dreamforce, the enormous Salesforce event in San Francisco that essentially takes over the entire city. The Vineyard Vines pop-up store served more than 100,000 customers during the event.

“We brought in associates from our California stores who had never been on the POS system,” said Beebe. “Within minutes we had taught them how to use it, and they were able to get out and engage with customers. From the customer’s standpoint, it [mPOS] allows them to interact anywhere in the store — in our ‘cabins’ (the fitting rooms) or the family gathering areas that are equipped with televisions to occupy non-shoppers.”

Beebe reported that the mobile-first POS was successful in “significantly reducing lines in outlet stores over the holiday season,” and that the technology has now been deployed in all 97 Vineyard Vines stores.

The Human Role In Apps And Augmented Reality

Design Within Reach (DWR) showed off another form of advanced use of technology — and customer/associate interactions play a prominent part. During the presentations, the DWR exec laid out as example of a call to action that is sent to a prospective customer named “Katie.” The goal is to motivate Katie to schedule an appointment with a DWR consultant named “Marco.” A clienteling app allows Marco to see that Katie has been browsing for an Eames chair, and he is prepared with all the relevant product information. “The app allows him to talk about what else Katie needs for her living room, and to be faster, more seamless and smarter about it,” said Bethany Kemp, VP of Technology and Information Systems at DWR.

After the chair is delivered and Katie is considering what else her living room needs, the DWR app allows her to have a FaceTime consultation with Marco. The app also includes augmented reality (AR) that can show Katie exactly what additional products — a sofa, a desk, a lamp — would look like in her actual living room, while she is sitting in that very same living room.

The technology is impressive, but equally impressive is the DWR emphasis on the qualifications for its associates, and the lengths to which the retailer goes in order to inform their passion with relevant information. “We hire people who are passionate about modern design,” said Kemp. “If there are living designers we try to bring them in to talk about their work. We have a rich library for product training using documents and videos. There’s a huge amount of product data that’s living within the Salesforce solution, accessible via their phone or laptop.”

Perhaps the ultimate affirmation of the importance of the human element at the Salesforce event came from Sir Richard Branson, the celebrity guest at Xchange. Salesforce founder and CEO Marc Benioff interviewed Sir Richard about the recent public relations disaster at United Airlines, where a passenger was dragged off a flight. Benioff asked what Branson would do if such a thing happened on a Virgin Airlines flight. Branson laughed and said, “I’ll never wake up and find that someone has been dragged off a Virgin airplane.”

It’s clear that respect for human beings — and for the possibilities of technology — should come from the top of the pyramid.