How Nanotech Can Transform The E-Commerce Industry

More and more consumers are skipping trips to the shopping mall in favor of the convenience of e-Commerce. Accounting for 14.3% of total retail sales in 2018 compared to just 5.3% in 2008, online shopping has grown more popular with each passing year. But if package theft and counterfeiting aren’t addressed, continued growth may not be in the cards.

The Impact Of Porch Piracy And Counterfeiting On Retailers

More than 20 million Americans have had packages stolen from their homes and 75% are concerned about falling victim to porch piracy. The fear of package theft alone can inflict significant damage on retail brands — nearly a third of Americans reduce the amount they shop online to avoid problems associated with porch piracy.

In the same way package theft can do damage to a retailer’s bottom line, counterfeiting can pave the way for potential losses. Online counterfeiting cost companies around the world $323 billion in 2017. And if the e-Commerce industry continues to experience steady growth, that number could increase significantly. In fact, counterfeiting and intellectual property (IP) infringement are projected to cost companies $4.2 trillion by 2022, according to a report from the International Chamber of Commerce.

However, solving both package theft and counterfeiting is easier said than done. Responsible for almost half of all online purchases, Amazon has long been searching for ways to slow down criminals. Earlier this year, the retail giant announced the expansion of its in-car delivery program, Amazon Key, to Ford and Lincoln vehicles. This new development comes on the heels of Amazon’s decision to offer in-home delivery service to Prime customers in 13 additional cities.

But despite the retail leader’s best efforts, potential solutions to package theft and counterfeiting haven’t caught on. Almost 70% of consumers are unwilling to use Amazon’s in-home delivery. Meanwhile, counterfeit goods continue to be sold throughout the company’s online marketplace. When it comes to providing consumers with peace of mind, some retailers are turning to nanotechnology. From tracking down criminals to eliminating the presence of counterfeit goods altogether, nanotechnology may finally offer an effective response to package theft.

For consumers, there’s nothing more frustrating than waiting days or weeks for an important package, only to have it stolen before they arrive home from work. Although law enforcement shares consumers’ frustration, there hasn’t been much they could do to combat porch piracy, at least not until now.

But with nanotechnology, porch theft may soon become a thing of the past. Instead of piecing together eyewitness testimony, police officials now have the luxury of leveraging real-time tracking to track down burglars even if they ditch a product’s packaging. NFC/Bluetooth Chip technology that’s embedded directly within a product promises to put an end to fruitless investigations.

In Denver, for example, the arrest rate for porch pirates sits at just 7%. Nanotechnology not only stands to significantly improve arrest rates, but it can also help save time and money currently spent searching for package thieves.

Unlike 2D barcodes, NFC/Bluetooth chip technology automatically determines and transmits the location of a specific product. There’s no need for manual or optical scanning. This high degree of flexibility is especially important when it comes to pinpointing criminals soon after a package has gone missing. Rather than reviewing security footage or talking to witnesses, law enforcement can effortlessly track a product through chip technology.

Wiping Out The Counterfeit Market

In addition to harming brands, counterfeiting may also put consumers in harm’s way. For example, consumers who receive fake food or medicine could face health complications. Given the importance of products that are directly ingested by consumers, retail executives should take extra precautions. Among the most effective ways to keep track of products across their entire lifecycle is to bring nanotechnology into the fold.

Through a certified QR code that’s either placed on the packaging of specific items or imprinted on the products themselves, retail executives can see a product’s current location as well as everywhere it has been since coming off the assembly line. When the QR code is first scanned, a “digital birth certificate” is created. Each subsequent scan then leads to a log of transactions throughout the product’s lifecycle.

Regardless of whether the QR code is scanned by the shipper or when purchased by a customer, it creates a record for each transaction. This added insight into the life of a product helps expose fraudsters who claim to be selling a legitimate product. Retail executives can simply reference the log of information to see if a product originated from the correct manufacturer.

Porch piracy has long plagued the e-Commerce industry. While solutions such as in-home and in-car delivery looked good on paper, they haven’t caught on with consumers. Nanotechnology, however, promises to be different. Capable of both catching criminals in the act and minimizing the potential for counterfeit goods, nanotechnology can help usher e-Commerce into an era of security and legitimacy sooner rather than later.

Scott Fletcher’s career encompasses more than 30 years of experience with information technology solutions and new business programs for companies including Shell, PeopleSoft, Dun & Bradstreet Software, Evant, and i2 Technologies. Fletcher has an extensive history of building and leading technology organizations in both small startup companies as well as large multinational corporations. In June 2018, Fletcher retired after 10 years with Ultimate Software (ULTI) where he was Vice President responsible for $300M in revenue. He played a key role in Ultimate Software’s surpassing $1B in annual revenue. In July 2018 , Fletcher came out of retirement and joined LocatorX as President and CEO. 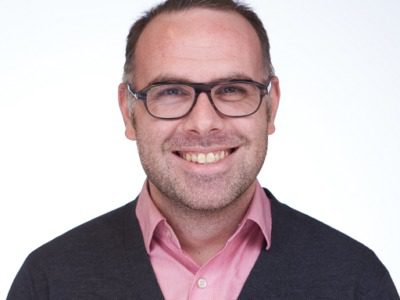 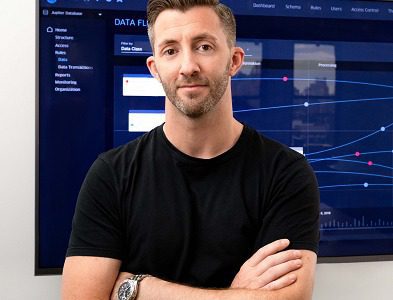