Is That A Cash Register In Your Pocket? 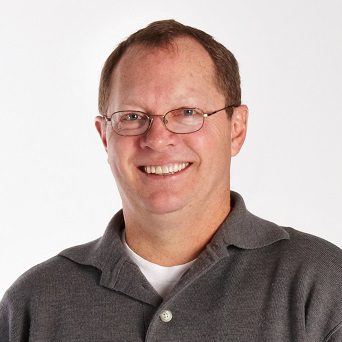 It’s hard out there for a credit card company nowadays — everybody’s getting in your business. In a moment when new technology is disruptively looking to squeeze extra efficiency out of everything, from the empty seats in our cars (Uber) to the unoccupied rooms in our homes (Airbnb), the 2% to 3% interchange fees that banks and credit card companies charge on every transaction make for a fat, juicy target.

Apple’s NFC-enabled iPhone 6 comes equipped with Apple Pay, the company’s highly touted mobile payment technology. Apple Pay stores users’ payment card information, allowing in-store payments with one-touch checkout when a shopper holds their phones up to a reader. This comes with the added security of never exposing the user’s credit card number to the light of day, allowing the expected reduction in fraud expenses to justify the costs of rolling out the new system. Apple boasts participation from 220,000 stores as well as the major credit card companies and banks, showing that they will work within the existing credit card-based ecosystem familiar to users (at least for the time being).

But it’s not just Apple looking to shake up the credit ecosystem. In many ways, the Amazon Fire phone is a portable payments system cleverly disguised as a phone. Of the 24 apps pre-loaded on the Fire phone, nine of them point to Amazon-exclusive properties. Firefly is one of the more prominently advertised apps, which uses the phone’s camera to recognize real world items and help users check them out on Amazon.com.

Registering a new Fire phone requires inputting individual Amazon log-on credentials, connecting Firefly to the shopper’s credit card numbers, ship-to addresses and other user preference information. This enables one-click checkout and Amazon Prime Shipping capabilities, which creates an easy and efficient purchase integration. All of this makes Amazon’s Fire phone a powerful mobile cash register, and a dangerous one to competing retailers. Outside retailers can — and will — see shoppers easily scanning and purchasing products through Amazon even while browsing items at brick and mortar stores.

With 200 million credit cards stored on Amazon.com, hundreds of millions of ship-to-addresses, and one-click checkout, the Fire phone is an aggressive retailer’s dream shopping tool. The phone is designed to enable Amazon’s core services, with Firefly and eight other Amazon properties prominently displayed on the home screen. As the iPhone was originally designed with music in mind, grown out of Apple’s success with iTunes and the iPod, the Fire phone is a strategically designed, custom pocket shopping device with music/gaming/web/phone capabilities as a secondary priority.

It’s unclear at this point if the Fire phone will be successful, and the phone’s first version certainly does include some unpolished features. However, as demonstrated by Kindle, Amazon Prime, EC2 and S3 (both part of Amazon Web Services), Amazon is renowned for its patience and willingness to play the long game. Expect Amazon to aggressively support the Fire phone with continual updates and offers, like the recent drop to a 99-cent price point, siphoning attention from the iPhone 6 launch, for the next five years at a minimum.

The Fire phone’s 3D camera and Amazon’s initiative on Same-Day Delivery also serve the core strategy of creating smartphone-driven shoppers.  Amazon’s 3D camera is ideal for visual product recognition, and only figures to improve. If it can reach the point where it reliably matches real-world objects to exact products in Amazon’s catalog, shoppers will have a powerful showrooming tool in their pockets connected to Amazon’s 1-click checkout. Users could make a purchase on their pocket cash register faster than they could walk to the register at the front of the brick and mortar store. The other piece of this is Amazon’s Same-Day Delivery, available in a dozen cities so far. With Same-Day Delivery, a shopper leaning toward a purchase at a brick and mortar store because they want it immediately can still expect their Amazon purchase to be received that day.

In the longer term, we may see Amazon, and even Apple, launch an attack on credit card and bank interchange fees. At the innovation lab of a major bank and credit card issuer I visited two months ago, they surprisingly no longer considered other banks to be their key competitors. Amazon, Google, and Apple have become their most feared competitors as we go deeper into the 21st century. Google Wallet and similar services like Square have been out for a few years now, and have user bases of people utilizing their pay-by-phone feature. In a nod to the competition around digital wallets, Amazon completely stripped Google service properties out of the custom version of Android used on its Fire phone.

Both Amazon and Apple are racing to own the digital payment space, and have billions of dollars to gain by threatening established credit card companies on the interchange fee front. For Amazon, removing a 1.5% interchange fee on its $100 billion in volume would be worth $1.5 billion per year. The same story is true for Apple, considering iTunes and other sales.

If Amazon were to successfully remove interchange fees by allowing shoppers to use an Amazon-owned credit card instrument, the company could offer shoppers a 1-2% credit on any purchase made anywhere (even at competing businesses). Amazon could give this kind of incentive to complete purchases through Firefly. By eliminating interchange fees, discounts like that could be free to Amazon – not a bad deal.

My advice for retailers is not to dismiss the potential for major changes in the pricing transparency and payments landscapes, and to understand and anticipate the moves being made by these tech giants. Know what their phones mean to their strategies. Be ready for Amazon Prime shoppers (20 million+ already) browsing brick and mortar stores with thinly veiled Amazon cash registers in their hands, and keep looking for new ways to compete.

Jon Nordmark is the CEO at Iterate Studio, a digital proof-of-concept lab that discovers and curates emerging technologies, then implements proof-tests for an exclusive members-only group of non-competing retailers.