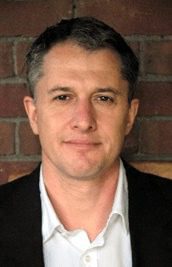 Google X’s ability to “stream” app functionality without requiring the user to download the heavy app chassis is a watershed technology. It is the first step in delivering the mobile browser content experience we, the diehard mobile shoppers and conscientious shopkeepers, deserve.

It also is the first salvo on the sanctity of the App Store, in the same way that streaming music services are forcing iTunes to reinvent its business model and Wi-Fi in the car is the death knell for satellite radio subscription services.

When you click the “stream” link on nine beta app partners, including the Weather Channel, Hotels Tonight and The New York Subway, the content will render in the cloud (as it does on Google’s Chromebook). The phone simply pulls down the resulting visual data from the Google virtual computing platform.

Of course, this does not mean that the app store is about to crumble and vanish. However, for retailers with an app strategy and retailers that are contemplating how to leverage the app store, this may steer resources or, at the very least, have the CMO thinking about the browser as a viable destination for further development.

Invention Of The Browser

“Invention of the mobile browser?” you ask. “We all have a super-app called a browser on our phone.” Well you are correct. There is a search portal on billions of phones globally that opens up mobile-friendly responsive media to a small-screen consumer.

Chrome, Firefox, Opera Mini and Safari lead the phone-top browser wars. However, for the iOS an “open” browser does not provide a market advantage. The open browser search portal has been outgunned by the marketing muscle of Apple. It knows all too well that content-sells-hardware, and the company that can show more apps exploding from its billboards wins.

I have always said the Apple SDK for its App Store is the best marketing investment the company ever made (outside of the legal dollars it spent on patent grandstanding).

The fact that Apple (and grudgingly Android and even more grudgingly Windows) has a segregated digital portal of mobile apps (many clunky, forever updating, getting lost in folders and soon forgotten after the impulse download) seems to be an accepted evil.

Apple has fought back offering Bluetooth shopping beacons that tether the native app to bricks-and-mortar shopping. However, many CMOs are unaware that the mobile browser can be tied to the store Wi-Fi and used as a powerful beacon leveraging SMS to drive the proximal consumer into deals and other rich media.

It is clear that Apple doesn’t want to give up its content control to the universal browser.  Losing its lock on the app store would be an attack on its big data strategy and market differentiation, ultimately loosening its walled-garden hold on the consumer.

Google’s ability to “stream” app functionality (without requiring the user to download the heavy app) is presently seen by the app developer community as a great “preview” opportunity. Audiences can find and taste test their apps via a simple search. However, ultimately this has to be Google’s first attack on the legitimacy or outright pragmatism of many heavy app downloads.

Initially Streaming Apps are limited to Wi-Fi connect devices due to the large amount of data transferred in a virtual rendering.  However, it is a stepping stone to completely rethinking the traditional web application.

New technology frameworks, such as AngularJS, enable the retailer’s development team to build powerful and compelling user interfaces — this front-end spit shine is the hallmark of the native mobile app. As the mobile browser matures to allow a slick user interface on the phone top, the server development becomes simpler.  Using App Engine Data store access and OAuth authentication, developers can focus on business logic instead of backend technology.

Gary Schwartz has played a leadership role in the mobile industry, founding Impact Mobile in 2002 and running the first cross-carrier short code campaign in North America. In 2006, he founded the mobile committee for the Interactive Advertising Bureau (IAB) and has worked to publish literature such as the Mobile Buyer’s Guide. In 2010, Schwartz was elected Chair of MEF North America with a remit to develop a mobile commerce practice to service brands, retailers and content owners. Schwartz authored the books Click2K’Ching: The Mobile Shopper and The Impulse Economy.