The Little Guy Is The New Walmart 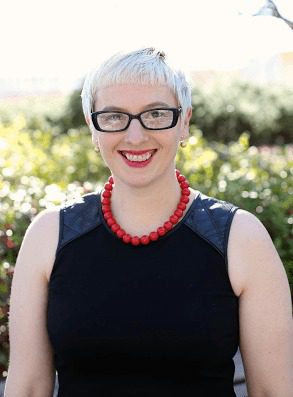 The retail market is undergoing a significant shift, but not in the way that you think. The age of technology is upon us and presenting challenges and opportunities, but that’s not the whole story. We must pay attention to not only the how of the industry, but the who. Who exactly is getting ahead in the new market, and how can we be more like them?

For many, getting a product into a major retailer is the epitome of success. Exposure, wide distribution, a recognizable name all come along with enterprise deals. And as lucrative as these deals can be, it’s not the only way anymore. These days, the little guy is actually taking market share from the Fortune 50.

Technology enablement is a big part of this shift, and retail technology companies make up a significant segment of those that are succeeding in this new ecosystem (think: Shopify, HubSpot, Fictiv, PayPal, Fulfillrite, Visual.ly, Platform88). Retail tech is now involved in every sector of the industry.

Imagine this ecosystem by visualizing one big circle of product development and retail: traditional businesses operate within their section of the circle, receiving a product from those before them, and handing off to those ahead. An agency passes a design to a factory, a manufacturer sends finished products to a fulfillment center, and a retailer brings a product to the customer. Every business fits within this circle; retail technology companies work within a section to optimize traditional businesses and processes in their sector, or connect two parts of the circle.

The fact that we need a model to organize all this new technology and how it functions in the industry reflects an important development, but it’s not breaking news. Stories about the thousands of retail technology companies out there are a dime a dozen. The history of why there are so many of these companies is the surprising part.

Retail technology has been designed to enable individuals, small businesses and startups to create their own products without the need for massive infrastructure and overhead that comes with enterprise business. These little guys are leveraging the circle of retail tech and reaching their audience, in the process gaining more and more traction.

Let’s take a look at some numbers: Amazon, now the world’s largest retailer, boasts two million third-party vendors as compared to Walmart’s 3,000 suppliers. Longer term trends reveal the same shift. A 2015 study, “The Retail Transformation,” by Deloitte Center for the Edge, offered three significant statistics. In a survey of the last few decades, the study found that, “by 2000, seven of the eight largest US retailers in 1980 had filed for bankruptcy or been acquired…6 of the 10 top retailers by annual revenue in 1990 were no longer in the top 10 as of 2012,” and, “the top 25 established retailers today own 2% less total market share than they did in 2009 — a shift of $64 billion.”

The most telling fact of all is that “…the share lost is not being captured in turn by direct competitors — indicating that a significant number of new players are entering the landscape.” In other words, enterprise retailers as a whole are losing market share to emerging brands.

The origins of this shift started with the advent of the Internet. Suddenly, niche product-makers could reach their own niche audience instantaneously. In the decades since this realization, niche has become the new mainstream. And every consumer has become a niche audience.

If you are an established mainstream retailer, though, you can still be a part of this niche market uprising. General Mills has made five strategic brand acquisitions in the last two decades in an effort to shift focus along with the market. Smaller, organic and natural brands are what win with consumers in today’s market. By getting all of them under the same umbrella, while allowing them to stay true to their original brand identity, General Mills has been able to take advantage of what independent niche products bring to the market.

Nordstrom has been taking a similar approach with several strategic acquisitions, but from a different angle. The major retailer has bought HauteLook, Trunk Club, BaubleBar, Bonobos and Sole Society, all within the past few years. These companies are a combination of retail tech e-Commerce platforms and smaller clothing and accessory brands. This is partially a play towards mobile and online shoppers, as covered in this Fox Business report, but it also shows a move towards diversifying their offerings and investing in emerging and tech-based brands.

Target has taken a different approach, instead focusing on selling (rather than acquiring) dozens of emerging brands with a focus in wellness for their Made to Matter collection.

These three enterprise companies have been able to recognize and capitalize on the shift towards emerging brands and retail technology in the past few years. It’s clear that this trend is accelerating, but whether you’re a small niche brand or an established enterprise retailer, you can take advantage.

Abby Kiefer is driven by bringing people together and the belief that more people are better than one when it comes to solving problems. This belief was a prime driver for her pilgrimage to San Francisco in 2011 to co-found Red Clay, a platform for on-demand industrial design with a community of over 500 top industrial designers.