Three Reasons Retail Survival May Depend On A Transformative CFO 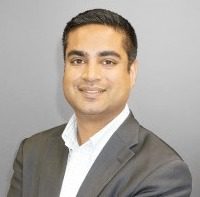 Finance teams may not be on the front lines, but the value they bring could have an impact everywhere.

As someone who talks regularly with CFOs in retail and related industries, I found the numbers that came out of the U.S. government about retail sales a few months ago…less than encouraging.

Much like the previous two months, sales at retailers across the country fell in August. This time, however, the 0.2% decline represented the biggest drop in the previous six months.

This is not, of course, just a U.S. phenomenon. Across Canada, Europe and elsewhere, many retailers are either closing up shop or coming perilously close to it. Those on the front lines are suffering as a result. According to a research survey from Glassdoor, for instance, four out of the 10 companies voted as the worst places to work in the UK were retailers.

Even in the more senior ranks there is turmoil, with many retail CFOs making a hasty — and sometimes involuntary — departure. Consider Bloomberg’s eye-opening look at CFO comings and goings from earlier this year: while one-fifth of American retailers put a new head of finance in place in 2015, another 45 walked out the door in 2016.

Some of the forces roiling the retail sector have been brewing for a long time, of course. This includes the rise of e-Commerce giants such as Amazon, which have disrupted traditional incumbents through technological prowess, as well as some surprise acquisitions of brick-and-mortar merchants like Whole Foods. Beyond that, however, retail has always been an industry with razor-thin margins that can be adversely impacted by any number of economic fluctuations.

Of all the areas where retailers could turn for help, however, their finance departments have never been high on the list, if they’ve ever been on it at all. To many other lines of business within a retail firm, the finance department is still viewed as a cost center, where people and systems are a necessary evil at best.

What if, instead, retail CFOs and their teams could reposition themselves as not only a source of value creation, but a strategic asset that help provide direction to retail organizations during periods of challenge and uncertainty? This is already happening in many other sectors, for a number of reasons. Let’s go through a few of the big ones:

It doesn’t cost a lot to put together an Excel spreadsheet, but taking what’s in those spreadsheets and turning them into dashboards filled with actionable insights has traditionally been very expensive.

That’s changing, with a lot of the software aimed at finance departments being commoditized and offered at a minimal monthly subscription rate. The objection of “we don’t have the budget” is no longer relevant when CFOs want to take advantage of these tools. It also means you don’t need an army of consultants to perform analysis or create reports that haven’t been done before.

Perhaps even better, those lower price points have not come with a trade-off in terms of functionality. It’s easier than ever for the average finance user to build new dashboards and connect multiple data sources that would have been very hard to do historically. This leads to the next driving factor:

Of course, the potential benefit of doing better analysis to improve the bottom line, or why finance is uniquely qualified to do it, is something CFOs have to pitch to their CEOs. I’d suggest you start by taking a look at other industries where budget hasn’t been as big of an issue, such as financial services, or newer industries with more modern finance departments. You’ll find case studies and success stories at countless conferences, blogs and other sources. This is no longer a matter of theory, it’s a matter of application.

Let’s take one of the most popular tales of retail disruption as an example. As streaming services began to emerge, retail entertainment firms like Blockbuster worked hard to improve the process of coming into their stores, opened more locations and so on. As everyone now knows, however, Blockbuster missed a fundamental shift in the way consumers were spending on digital entertainment.

Scenario or “what-if” modeling is one key way to identify some of those shifts before they happen, and finance teams are closer than others to all the data to feed such models. You can look at how changes in strategic direction or customer behavior will affect your bottom line in the short and long term.

True scenario modeling is a very collaborative process, forcing CFOs to work cross-functionally with the entire organization. Retailers have an advantage here because, in general, their employees are also consumers of retail products. They have the perspective of the industry as a buyer, not just a supplier. That opens up rich opportunities for people at every level to contribute to a scenario modeling process led by finance.

3. The Rise Of The Transformational CFO

Merely providing data — “crunching the numbers,” in the finance team’s case — is no longer enough to provide value. CFOs, both inside and outside of retail, are realizing this and reimagining their roles, as well as those of the people they manage. When you think like a “transformational CFO,” you’re not just focused on reporting what has happened in preparation for a quarterly earnings call or annual report. You’re looking for ways to learn from the treasure trove of data at your disposal to create meaningful change in business outcomes.

What does this look like in practice? Besides making better use of technology, it also means factoring in non-financial data as part of our analysis. Operational metrics such as store locations, in-store promotion results or product returns can all offer insight that a granular focus on sales figures alone cannot provide. However, it’s also important to correlate those numbers to financials so that you can measure against your short- and long-term plans.

Transformational CFOs are eager to learn, to get closer to the customer experience and to arm their senior executive team with the best advice possible to work through an organization’s challenges, regardless of the industries in which they work. In fact, many CFOs have discovered that by looking outside their own sector, they find ways to apply common best practices and support each other through seminars, courses and other avenues.

The most successful retailers in history have survived because they don’t see what they do as simply stocking shelves and taking payments at a cash register. They have made deep investments in whatever is necessary to build strong relationships with their customers and develop brands that can pivot as shopper behaviors evolve. As all retailers strive to do the same, they may be surprised to realize their CFO is the secret weapon they never knew they had.

Rishi Grover is Chief Solutions Architect and Co-Founder of Vena Solutions, the fastest growing provider of cloud-based corporate performance management (CPM) software. He is responsible for the day-to-day operations and continued success of client implementations for the company. Grover has helped many Fortune 500 companies re-engineer and optimize financial processes. His expertise in financial planning and regulatory reporting helped him to the position of Director of Enterprise Solutions at Clarity Systems before he co-founded Vena Solutions.