What U.S. Retail Can Learn From Europe 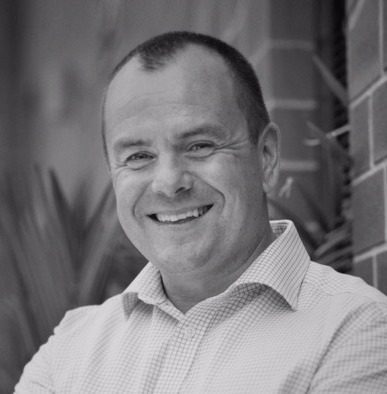 There was a time when the mighty shopping mall conquered all. But U.S. retail has reached a tipping point. As more chain stores such as Sports Authority and American Apparel close, consumer apathy towards the once shiny malls is increasing and new thinking about the delivery of the retail experience is needed to encourage spending and bring the excitement back.

There’s an emerging trend amongst larger U.S. retailers to look beyond domestic borders towards the European market to refine their offering and create a more relevant proposition for the customers. Europe’s multinational retailers have had to deal with multiple languages, needs and tastes for as long as they have existed. Cultural diversity is embraced and exploited to deliver products that are both exotic and appealing — Ikea and Tiger Stores have ridden the wave of Scandinavian chic to roll out huge store expansions at a time when many other companies are shutting their doors. So why is this relevant in the U.S.?

The sheer scale of the USA means that America should not be viewed as one market; the diversity of population, climate and culture makes it virtually impossible to have just one retail offering across the U.S. Yet this is too often what boardrooms decide should happen. Head offices in one large city dictate all stock decisions and store layouts and roll this out across a huge network, offering the same range across the whole of the U.S. — with only very little tailoring to the client base in which it operates.

The whole concept of format development and offering a configuration and product to suit the environment is much more advanced in Europe. One brand will often have several formats across its portfolio; Tesco, for example, offers Tesco Extra, Superstores, Metro, Express and One Stop, along with other international variations — an idea which is only really coming to life in recent years in the U.S.

This is why regional players are winning in the U.S. market — the growth of Publix and Wegmans is remarkable. They have an almost fanatical following and they have fully tailored their offer to the vicinity in which they operate — Publix (Southeast U.S. and Florida), Wegmans (Northeast U.S.). One size really doesn’t fit all, and they understand this.

The other way to “think European” is to acquire European leadership from across the pond. It’s no accident that Walgreens Boots Alliance, Crate & Barrel and South Eastern Grocers have all tapped talent from overseas to inject new strategic thinking into their organizations. The highly diverse customer base served by European retailers requires a laser focus on customer insight. While the U.S. is world famous for its service offering, if the customer is not understood then how can the offering be aligned?

This new breed of European leader has a reputation for straight talking, hands on working and customer focus. They have founded their reputations in the relatively small yet extremely diverse European market and the success of the companies they led within Europe is often due to their nimble attitude — quick to change in the face of new competition and brave expansion across languages and borders. This agility allows them to succeed across local and national variances, and it is these skills that are directly relevant to the diversity of the U.S. market, which they are bringing to our shores.

This new breed of leaders who have cut their teeth in the European retail sector have also had to contend with a sharply different ownership structure than is common the U.S. The more developed private equity market in Europe has an insatiable appetite for growth and acquisitions, often finding themselves on a trajectory that would make the heads of some U.S. financial officers spin. Things are simply done faster and with more hunger; it can be an energizing and challenging environment.

Nor do publicly owned retailers in the UK and Europe get off lightly either. They are driven by the need to return shareholder value and profits — and not just at a board level. This spirit typically permeates the whole business from top to bottom, meaning that stores invariably know what metrics and levers to pull to drive strategy.

Cross cultural strategies like these can bring enormous benefits but can also be fraught with difficulties. It’s more than just putting the right executive in the right role; a vast amount of work has to be done to align the whole organization around this change of approach so that everyone understands each other — you’ve heard the phrase “two nations divided by a common language” haven’t you?

So whilst the U.S. has a reputation for great service in its stores, the European experience is often better — delivering authentic service to drive performance — by being motivated by the right things. These are tough times for U.S. retailers, and the fresh perspective of the European retail experience could be just what is needed to revive the industry in the face of ever fiercer competition.

Andrew Morris is Vice President at Egremont Group, the London- and Chicago-based Management Consultancy. He specializes in transformational change and people capability and has worked with clients including Shell, Walgreens, Gatwick Airport, Heathrow Airport and Galenica. His work has taken him across the U.S. and Europe. With a strong track record in helping to turn around underperforming organizations and teams, Morris’ skills lie in change leadership, leadership and strategy development, planning, execution and alignment. He loves getting teams to ‘dream big’, thinking differently and making the complex simple.