Why Bitcoin Is Prepared To Transform The Travel Business 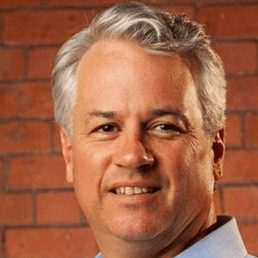 The travel industry is uniquely suited to harnessing the advantages of bitcoin, where the global nature of the decentralized digital currency can potentially provide new efficiencies, eliminating unneeded costs and friction currently faced when dealing with clashing payment networks during cross-border transactions.

From ATMs that can’t accept a card from a foreign payment network (or won’t without each bank involved taking a cut), to cross-border processing charges added to credit card fees, to the frightening risk of a fraud incident freezing access to your accounts while abroad, travelers have much to gain by leveraging the freedom from fees and fraud offered by bitcoin.

The industry is beginning to embrace bitcoin’s potential. Recently UATP (Universal Air Travel Plan, Inc.), the airline-owned payment network accepted by over 260 airlines, opened its network to accepting bitcoin payments, joining other industry players such as CheapAir and Expedia (disclosure: our company provides UATP’s bitcoin payment processing). Already, online travel sites accepting bitcoin have discovered a user base of high-end customers just waiting for the technology to reach them.

CheapAir CEO Jeff Klee, speaking at the Airline Travel Payment Summit in San Francisco in December 2014, reported that the site saw $2.3 million in bitcoin sales in the first 12 months accepting the currency (with total annual online sales of $150 million), an average of 1.5% per day in sales with bitcoin. Results showed that 100% of bitcoin users were new customers to the site, demonstrating the strong potential for merchants to access a new untapped market by adding bitcoin as a payment option.

Still Some Limitations With Bitcoin

Of course the risk of traveling with bitcoin in today’s environment is in not being able to find providers that accept it when you need them. Even as flight and hotel booking become easily available for bitcoin users, other challenges remain. As Austin Craig (who along with his wife Beccy took up the challenge of living solely on bitcoin for 90 days) said of preparing a trip with bitcoin-only finances, “We’ll end up packing a lot like we’re going camping, so we can be sure to be prepared for any unexpected scenario. We’re not sure how we’re going to eat or get to and from the airport. We’re hustling to figure that out.”

These limitations will decrease as bitcoin acceptance becomes more commonplace, but for now, travelers who aren’t pioneers, currently challenging the financial technology of our day, may consider having fiat currency or a credit card on hand in case of emergency.

Why won’t individuals simply continue using credit cards for travel in general? Most travelers don’t notice the high fees many credit cards will charge on out-of-country purchases, but they’re certainly there. Depending on the credit card used, travelers may pay a foreign transaction fee of up to 3% on their international travel costs.

Greater exposure of fees like this will encourage changes in consumer behavior. Bitcoin’s best advantages for international travelers are in avoiding these high fees and others, including bank ATM and transaction fees that are the result of friction between the traditional networks processing your payments.

Bitcoin also lets travelers avoid the difficulties of currency conversion by holding a single global digital currency. It protects users from nightmare experiences that can occur when there is payment fraud, and the user’s credit card or debit card and bank account are exposed to fraudulent charges.

In these cases, it can take days to receive a new card, and the user may be stuck in a bad spot without easy access to their funds. Whereas with bitcoin, transactions are highly secure, and access to funds is not dependent on bank systems.

But in the end, what will truly encourage the popularity of using bitcoin are the merchants themselves. The prospects of lower fees, and higher allowable risk tolerance because of bitcoin’s fraud protections, will allow merchants to pass those savings on to the consumer. Bitcoin transactions will then be further incentivized, not only by lower fees and risks but by lower prices as well. Consumers will steadily adapt to realize these advantages, much like a shopper accepting an offer to open a store credit card account to save on a purchase at checkout.

Of course at this point in time, Bitcoin is more accepted in some parts of the world than others. So where are the best places for a bitcoin spending traveler to go? The Netherlands is a strong choice, with Amsterdam undergoing a push by startups to become “The bitcoin capital of the world,” and The Hague now including a Bitcoin Boulevard where merchants celebrate accepting the digital currency.

Major cities and tech hubs will be more likely to feature offline establishments accepting bitcoin, certainly including San Francisco, Los Angeles and New York City in the U.S. as well as most major European and Asian capitals each now featuring a host of businesses ready to meet bitcoin travelers’ needs. Travelers can use tools like CoinMap to check any location for the bitcoin-accepting restaurants, services and shops available for them to frequent.

Look for the global map of bitcoin-friendly locations to fill with choices in the next few years, until one day soon such a map is as unnecessary as one showing the locations that take credit cards. With the fraud-eliminating potential of bitcoin perfect for building up trust and investment with merchants and customers in emerging markets, that map will include places credit cards have more or less never been.