Economic growth was slower than expected in the first half of 2015, leading the National Retail Federation (NRF) to reduce its initial 4.1% yearly growth forecast to 3.5%. The NRF attributed the downturn to numerous factors, such as poor weather conditions, a stronger U.S. dollar, weak foreign growth and shifting purchase habits from goods to services.

In the following report, we are taking a closer look at some of the most significant retail financial news from Q2, featuring Amazon, Walgreens, Neiman Marcus, CVS, Sears, Whole Foods, Publix, A&P, Sally Beauty, Etsy and Office Depot.

While many retailers struggled in Q2, grocery and department stores, Amazon managed to turn the tide and quell investor fears by earning a quarterly profit.

The e-Commercemarketplacepleasantly surprised shareholders and Wall Street by revealing $92 million in profits during Q2 2015. The retailer, which has been questioned in the past for not being profitable, reported $0.19 earnings per share, far surpassing initial analyst expectations of a loss of 0.14 per share.

Perhaps most importantly, Amazon surpassed Walmart as the world’s largest retailer by market value within a day of the company’s July 23 earnings report, with its stock boosting nearly 10%. As of August 6, 2015, Amazon has a $248.4 billion market cap, compared to Walmart’s $236.6 billion market cap.

The popularity of Amazon Prime and the rise of Amazon Web Services (AWS), the company’s cloud computing and data storage services unit, are major contributors to the positive quarter. Michael Pachter, Managing Director of Equity Research for Wedbush Securities, estimated that Amazon took in $1.5 billion in revenue on Prime Day, which was held 2015. North American revenue grew 26% year-over-year, while sales in the AWS unit grew 81% to $1.8 billion in the same time period.

Walgreens Boots Alliance reported $1.3 billion in net profit for its quarterly earnings, an 82% increase from the year before. The company’s Retail Pharmacy USA division, which includes principal retail pharmacy brands Walgreens and Duane Reade, contributed to the positive results, garnering $20.4 billion over the course of the quarter, a year-over-year jump of 5.3%. Total comparable store sales increased 6.3% over the same period of time.

Walgreens Boots Alliance opened or acquired 104 stores in the first nine months of fiscal 2015, and relocated 34 stores. These changeups are part of a $1.5 billion cost reduction program that will be in place through the end of fiscal 2017. As part of the plan, Walgreens Boots Alliance is reorganizing Retail Pharmacy USA corporate operations, and already has closed nine of the planned 200 U.S. stores. The company expects to close 70 to 80 additional stores by the end of fiscal 2015.

CVS Health reported a 7.4 % earnings increase in Q2, up to $37.2 billion in part to strong pharmacy sales, in spite of a weak quarter from its drugstore business. In fact, front-of-the-store sales dipped 7.8% from 2014 totals, in part due to the company’s decision to discontinue the sale of tobacco products.

The split performance reflects CVS Health’s rebranding, in which the company has begun to shift its focus from a convenience store and drugstore to a provider of health care services, such as in-store clinics and specialty drugs.

Sears Announces First Profit In Three Years, But Falls Behind In Sales

Although Sears is set to earn its first quarterly profit in three years, expecting a net income of $155 million to $205 million, the retailer is experiencing steep declines in Q2 sales totals. As of July 25, year-over-year same store sales were down 10.6%, with Sears domestic stores and Kmart stores declining 13.9% and 6.9%, respectively.

During Q2, Sears sold off 235 of its properties to Seritage Growth Properties. In addition to this deal, the company has entered into joint ventures with General Growth Properties, Simon Property Group, and Macerich, leasing 31 locations to the mall operators. Combined, the transactions raised approximately $3 billion, according to The Wall Street Journal.

Whole Foods Market posted record sales of $3.6 billion and same store sales increased 1.3% during the quarter, but investors were still not completely impressed. Shares dipped more than 10% amid the earnings report, with investors citing slower growth among competitors selling organic products such as Kroger, Trader Joe’s and Aldi.

The chain recently revealed a new store format, 365, which is designed to complement existing stores and provide a value-oriented shopping experience. The first 365 store will be located in the Silver Lake neighborhood of Los Angeles and will open in the second half of 2016. In total, five 365 branded stores will open in 2016, and the company expects to double the number of openings in 2017.

The Great Atlantic & Pacific Tea Co. (A&P) filed for chapter 11 bankruptcy protection in July, marking the second time the supermarket chain has gone this route in the past five years. The company has lined up deals with three grocery chains that would acquire 120 of its stores for nearly $600 million total. Buyers include Acme Markets, Stop and Shop and Key Food Stores.

The buyers will purchase the stores only if they are free of liabilities from A&P’s collective bargaining agreements. If those sales don’t go through, the company “will be left with no choice but to liquidate the business in a fire sale and piecemeal fashion,” according to Christopher McGarry, Chief Restructuring Officer at A&P.

With the bankruptcy looming, the supermarket chain plans to close 25 underperforming stores in Delaware, New Jersey, New York and Pennsylvania.

The parent company of Neiman Marcus filed an initial public offering (IPO) with the Securities and Exchange Commission, seeking to become publicly traded in 2015 on an undisclosed U.S. financial exchange under the ticker symbol NMG.

The luxury retailer posted $4.8 billion in revenue in 2014, according to a regulatory filing.

Ares Management and the Canada Pension Plan Investment Board currently own Neiman Marcus, which they purchased from private equity firms TPG Capital LP and Warburg Pincus LLC for $6 million in 2015. The luxury retailer previously was publicly traded from 1987 to 2003.

Sally Beauty reported an 8% drop in net earnings during the quarter, down $5.3 million from 2014 totals. In May, the beauty retailer confirmed a data breach in its payment card system, marking the second breach in more than a year’s span.

Costs from the data breach, as well as the restructuring of the company’s German business, totaled approximately $4.4 million throughout the quarter.

Sally Beauty will close 16 underperforming retail stores and two supporting administrative offices. The retailer will continue to operate 17 retail stores in Germany after completion of the restructuring, which is expected by end of September 2015.

Within 24 hours of the financial report release on August 4, 2015, Etsy’s stock tumbled approximately 20%.

Office Depot shareholders overwhelmingly approved the proposed $6.3 billion buyout offer from fellow office supplies retailer Staples, with 99.5% of the votes cast in favor of the merger.

Under the terms of the agreement, Office Depot shareholders will receive $7.25 in cash and 0.2188 of a share in Staples stock for each Office Depot share they hold. The transaction is expected to close by the end of 2015 and remains subject to approval from the Federal Trade Commission. 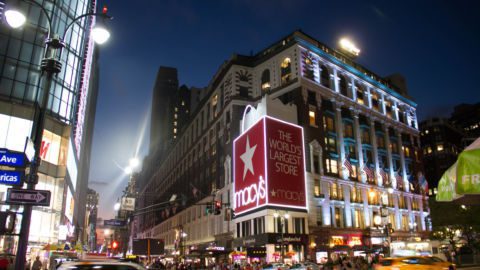