Starbucks has aspired to become the preferred coffee destination in China for a few years now, originally outlining a plan to open 5,000 cafés by 2021. But it is not the only coffee company pursuing aggressive growth in this market: China-based Luckin Coffee is planning 2,500 stores in 2019 alone, one year after building out a total of 2,000 in 2018. In the latest stage of its expansion, Luckin Coffee filed for an IPO with the U.S. Securities and Exchange Commission (SEC).

The coffee chain intends to list under the symbol “LK” on the Nasdaq, setting a placeholder amount of $100 million to indicate the size of the IPO, according to an SEC filing. The filing reports a 3,883% revenue increase between Q1 2018 and Q1 2019, but with losses more than tripling total revenue over that same period. For the first three months of 2019, the company continued to post a net loss of $85.3 million.

Much of these losses come from the rapid store expansion — Luckin only opened its first café in October 2017 — in addition to the company’s focus on value pricing. It’s a far cry from the Starbucks focus on brand prestige to attract consumers. And unlike Starbucks, which designs its cafés as a “Third Place” where people can linger, Luckin doesn’t have seating in nearly half its locations and places a strong emphasis on delivery, with 98 “delivery-only” locations and an all-digital payment system. In fact, with in-app ordering, the company guarantees a delivery time of 18 minutes or less within major cities.

The major question now is sustainability, since Luckin has so far been propped up by outside venture capital funding. In a round earlier this month, Luckin raised $150 million from investors including BlackRock Inc., valuing the company at $2.9 billion. The recent funding comes only five months after a $200 million fundraising round in November 2018. But in the IPO filing, Luckin said it could continue to incur losses in the foreseeable future as investments continue, and “we cannot assure you that we will eventually achieve our intended profitability.”

With nearly 3,600 locations, Starbucks still has a stranglehold on the Chinese coffee market. Coffee imports to China have grown 16% a year compared to approximately 2% in the U.S., leaving room for additional players to enter the field. But Starbucks may be feeling the heat: the chain’s same-store sales there slowed last year to 2%, a drop that coincides with Luckin’s emergence as the second largest player.

For now, despite sustainability and profitability concerns, Luckin will continue to focus on value to gain and retain consumers. The company offers prices that are 30% less for a cup of coffee than Starbucks, and regularly offers significant discounts such as buy-one-get-one coupons. 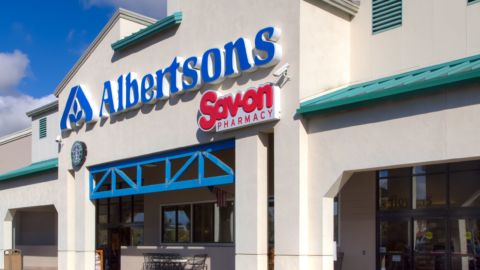