The host of the NPR business show Marketplace often asserts that Wall Street is not the economy (usually before he shares the day’s Dow Jones gains or losses). For retailers, particularly publicly held companies, Wall Street valuations definitely are part of their economy — even though those valuations don’t always correspond with today’s retail realities.

For example, on Feb. 20, Walmart reported that it had only half the online sales growth in Q4 that it had in Q3, sending the company’s stock down more than 10% before market closing — the company’s biggest one-day decline since Jan. 8, 1988. The dip accounted for nearly one-third of that day’s Dow Jones 255-point drop, revealing a short-term lack of confidence in Walmart’s long-term strategy — despite a sustained record of e-Commerce success since Walmart’s acquisition of Jet.com in August 2016.

Concerns about whether the financial industry is using metrics that are no longer relevant in today’s retail industry, when a store visit is likely to be just one stop along a multi-touch point shopper journey, are becoming more critical as retail continues to transform at an unprecedented pace. Retailers may need to make the case to customers, shareholders, the media and Wall Street that more accurate and up-to-date measurements should define their financial well-being moving forward.

But some industry experts stand by the way things always have been done. “The classic metrics are still the key metrics,” said Simeon Hyman, Head of Investment Strategy at ProShares in an interview with Retail TouchPoints. “Same-store sales and various margins and returns on capital are still your building blocks.”

Based on the classic assessments, those fundamentals of the industry as a whole seem strong. Retail sales climbed 5.5% during the 2017 holiday season and are expected to grow anywhere between 3.7% and 4.4% during 2018. E-Commerce is projected to grow 16%, according to eMarketer.

While the same-store sales metric has continued to serve as a baseline indicator of retail success, a number of industry analysts have questioned whether the metric is appropriate to measure modern retailing.

Stores don’t always serve the same function that they did in the past, when they had one job — to complete the sale. Now stores have taken on a number of new roles, including marketing to boost brand awareness. That could mean the store no longer sells products; or it could become an experiential destination center, showroom and/or a distribution center. So, judging quarterly performance primarily based on how much stores sell may be outdated, especially if the sale eventually is completed in another channel. This is a reality many Wall Street investors and shareholders must get used to, especially as more retail companies shutter stores or convert them into something else entirely.

“With this understanding, same-store sales performance may still have some utility, but ‘same trade area’ performance — which accounts for all sales regardless of purchase channel within the influence area of a store — becomes a far more interesting and useful metric,” wrote Steven Dennis, President of SageBerry Consulting, in a blog post on Forbes. “Critically, it also provides the basis for understanding the drivers of customer segment level performance at a more granular and actionable level.”

When it comes to measuring modern retail performance, one company has made an effort to provide investors with a new way to understand where today’s merchants fit. ProShares, a provider of exchange-traded funds (ETF), designed its own indices to reflect changes in retail. In November 2017, the company launched three indices, including:

“The bifurcation of performance between online and brick-and-mortar retailers makes you see an opportunity,” said Hyman. “We know that retailers are increasingly moving online and that’s a significant headwind for brick-and-mortar players. Since that trend will be with us for a long time, a benchmark and an ETF that can track the performance of brick-and-mortar retailers just makes a whole lot of sense to us. We think it’s something that we’re still in the relatively early innings of. We launched the indexes and the ETF just before Thanksgiving, and we think they’re reflecting what’s going on in the market appropriately.”

In the same time frame, the Online Retail Index saw bigger returns than its brick-and-mortar counterpart, experiencing NAV returns of 18.20% since inception and 10.24% YTD.

Although the methods by which investors and analysts measure industry success is changing, there’s another factor set to alter the relationship between retail and Wall Street: recent federal tax reform. The National Retail Federation has been a major proponent of the reform bill, particularly since it cuts the corporate tax for retailers from as high as 38% to approximately 25%.

With their tax rates cut, many retailers are likely to see a cash windfall in 2018. As a result, investors have become bullish on retailers with more capital to spend and the ability to seize opportunities for new growth.

Where retailers will spend that money remains to be seen, but signs are pointing to reinvestments in employees and technology. CVS Health will use the tax cuts to raise starting wages to $11, while Best Buy plans to pay one-time bonuses of $1,000 to full-time workers and $500 to part-time employees. Going ahead, more retailers must put their money where their mouth is to impress investors.

“It seems to me that they [retailers] want to invest the money rather than just offer buybacks and dividends,” said Brian Nagel, Managing Director and Senior Analyst, Hardlines Retail and E-Commerce at Oppenheimer & Co. Equity Research, in an NRF session. “The effective use of technology when evaluating Retailer A vs. Retailer B for investment opportunity is what Wall Street is looking at. I believe the growth of Amazon is making traditional retailers much better companies.”

Nagel said that Amazon’s investments have essentially pushed retailers to buck conventional wisdom and invest in ideas that can future-proof their business, instead of the traditional route of giving back to shareholders. While these types of technology investments, which generally don’t accrue to the bottom line immediately, may not be as impressive to investors in the short run, the business as a whole is likely to benefit further down the line.

Hyman of ProShares noted that the tax cuts likely helped retail stocks rally through Christmas, but also indicated that retailers must understand that the immediate benefits of tax cuts are generally passed on to consumers — and don’t always show up in the retailer’s bottom line. This means that investors should temper their excitement and understand that the Wall Street reaction over time may underwhelm.

“Think about it this way, more than 100% of Amazon’s cost efficiencies are tied to consumers,” Hyman said. “Any time they have some sort of advantage, it shows up in lower prices. In the retail industry as a whole, why would that not be true for tax cuts? You’re starting to see margin pressure and higher input costs. Those are two leakages that may prevent tax cuts from making it to the bottom line. While the explicit benefits of the tax cuts may not make it to retailers’ bottom line, tax cuts may spur economic growth, and of course that’s a positive.”

With the results of tax reform set to play out over the next few quarters, retailers will gain a better idea of how Wall Street is responding to their spending habits. With the combination of tax reform and the retailer’s changing role, merchants in 2018 will need to communicate with shoppers, investors and Wall Street analysts alike to ensure that their success is measured correctly. 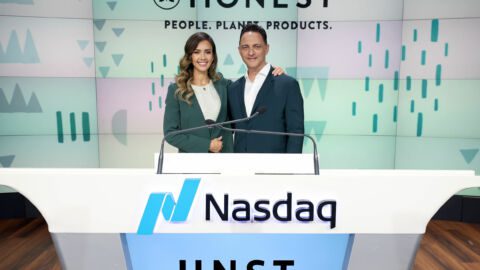 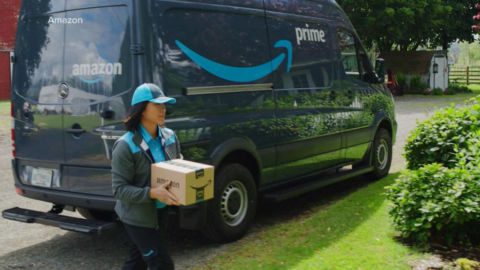