Blending IT Departments Can Be Messy In A Retail Merger

The dealmakers who broker mergers — like the one between OfficeMax and Office Depot that is expected to close later this year pending regulatory approval — typically pore over balance sheets, store comps and other financial data. Observers say they also take a look under the hood at the technology infrastructures of each company.

In evaluating a merger prospect, potential buyers are wise to find out how well the IT department is run, which can be a clear indication of a company’s overall health and operational adeptness. Additionally, to complete a successful merger, retailers need to plan for a smooth transition of systems so that business disruption is minimal.

While mergers may be good for stockholders, the IT departments often suffer. “A merger is almost always hugely disruptive to the IT department, even under the best of circumstances,” said Brian Kilcourse, Managing Partner, RSR. “IT departments typically have a big backlog under ordinary conditions, and then things have been put on hold with a merger in the works. There is a lot of scrambling once the merger happens.”

That said, retail IT professionals can expect a bumpy road ahead. For examples, executives can look to  a handful of mergers and sales in 2012 that impacted the retail industry — including the split sale of Collective Brands Inc.’s Payless ShoeSource and Stride Rite brands; and Ascena Retail Group’s, acquisition of Lane Bryant, Cacique, Fashion Bug and Catherines Plus Sizes nameplates from Charming Shoppes Inc.

Additionally, retailers can look to the acquisition of Duane Reade by Walgreens in 2010, which is routinely mentioned as a success from an IT perspective. “I think that is because they’ve been more slow and methodical about it rather than taking a rip and replace strategy,” said Greg Buzek of IHL Group. “It also wasn’t a merger of equals. When you have two companies that are roughly the same size merging together, things can get real messy.”

In the near term, industry insiders are predicting a steady stream of retail mergers. According to the BDO Retail Compass Survey of CFOs from BDO USA, the CFOs from 100 large retailers revealed that nearly all retail CFOs (94%) expect merger and acquisition activity will increase or remain steady in 2013.­­ This year already Supervalu has sold five of its banners to an investment firm and Gap acquired Intermix, in addition to the OfficeMax/Office Depot merger.

There are essentially three strategies when it comes to blending the IT infrastructures of merged retailers: 1) Maintain separate systems for an extended period; 2) Take an inventory of which organization as the best systems for each function; or 3) have the acquired retailer quickly and completely adopt the technology of the acquiring organization.

Not all observers agree that a go-slow approach, as in the case of Walgreens/Duane Reade, is the best route. “Having taken all three of these approaches in various situations, the ‘my way or the highway’ approach is the most effective strategy and the other approaches only elongate the pain of the transition,” said Kilcourse, adding that sometimes good technology can get lost with by taking this path but the benefits outweigh the disadvantages.

The more gentle approach of easing into integrating the two IT departments is more costly, Kilcourse said. “By not making a complete switch to one set of systems sooner, you’re running up costs over the course of years. You end up having to keep two procedures manuals, two way so training and two ways of reporting. It gets to be too cumbersome.”

How To Kick Off A Retail Merger

The most important parts of the business to focus on when kicking off the merger of business processes are the ones which are necessary to operations: financial and in-store systems top the agenda. “You have to follow the money,” Kilcourse said. “You have to have a consolidated view of the new combined company, so the financial and accounting systems are a primary concern.”

There also is the potential of stiff penalties from the government if the companies do not merge their accounting practices in short order. “First thing they do is try to get the accounting systems together into a single package and the reason for that is that the penalties from the government and the SEC and Wall Street are so stringent,” said Buzek of IHL. “So if one is an Oracle shop and another is an Epicor shop, the decision is made as to which one is going to be the core accounting and perhaps merchandising systems. This is done first because they are centralized and can provide the best bang for the buck.”

The systems at the stores are usually the last things to be replaced. This is often due to the extreme capital cost and the distributed nature of them.  So it starts at the back and worked its way forward.

Customer database also should be a priority, in order to avoid alienating customers.   “As quickly as possible they are merged into a single system and any loyalty programs are harmonized,” said James Dion, Founder and President of Dionco, Inc., a retail consultancy.  “This takes some finesse as not to alienate customers who had points under one of the systems. Integrating return policies and customer service policies are also a nightmare.”

Because of the huge investment involved, in-store systems typically are given a lower priority, observers noted. “While there is no hard-and-fast rule, generally one front end is easier to use and integrate, but I have seen the opposite happen when the larger company had a significantly better deal on the licensing of the older POS. Integrating almost any POS to a back end is not really a problem today. It is also about the training costs, the equipment requirements and the timing.” 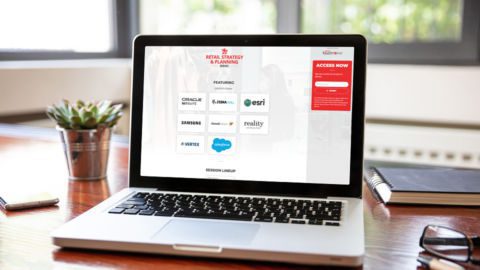 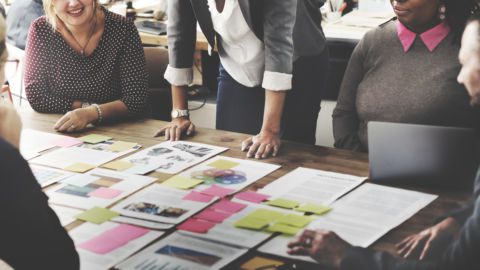 CMO Council Report: Why Paid And Earned Media Must Be In Sync For Retail Success