Flash sale and daily deals retailers, such as Gilt Groupe and Rue La La, shook up the traditional commerce model when they first broke into the retail scene in the late 2000’s.

Since then, the flash sale space has been in a constant state of change. While new eTailers seem to be emerging on almost a daily basis, others are shutting down, or being acquired by their larger counterparts. Others, however, are growing consistently and even going public.

For example, Zulily, the flash sale site geared towards mothers and children, made headlines in November 2013 after taking the company public. The site has shared success since the launch of its IPO, posting a Q4 2013 profit of $4.5 million and a full year net income of $12.9 million. Gilt Groupe is expected to be the next in line, with Bloomberg reporting that the eTailer has selected Goldman Sachs to manage its IPO.

However, there are some concerns regarding the long-term success of the model and what it means for flash sale companies moving forward.

Groupon’s acquisition of flash fashion eTailer ideeli is a primary example of the concerns striking the flash sale market. While the $43 million cash transaction was an evident victory for Groupon and helped address the company’s goals of expanding in the fashion space, ideeli investors had raised more than double that amount, $107 million, to support the company since its establishment in 2007. The SEC filing of the acquisition indicated that ideeli posted a net operating loss of $30.2 million for the 2012 financial year ending Feb. 2, 2013.

Flash sale retailers such as ideeli that are funded primarily by venture capitalists may encounter difficulty trying to compete in the space without support from a larger company. These barriers to entry may deter smaller companies from trying to enter the market completely, even if they have an innovative twist on the flash sales business model.

“There just haven’t been as many new flash sales companies in the last two years,” said Sucharita Mulpuru, VP and Principal Analyst at Forrester Research. “I think that there’s some maturity in the model… that’s why you saw what happened with ideeli.”

The early success of flash sales can be attributed to a variety of factors, with steep product discounts at the forefront. The economic recession gave shoppers a strong incentive to look for any deal they could find. The most popular flash sale companies have provided fashion, décor and other items that could be described as trendy, and thrive off the tastes of customers desiring the newest ‘in’ brands and products. Last but not least, certain flash sales sites have offered customers a feeling of exclusivity that added prestige to the brand, even if the memberships only required a simple sign-up process.

“There are specific applications where it makes a lot of sense,” said Nikki Baird, Managing Partner at Retail Systems Research. “Even though they have a time factor to them, the Rue La Las and the Gilts of the world are much more focused on spurring the product purchase. With that, you’re limited by supply. You’re not going to get a bunch of luxury retailers or brands who are going to decide that it’s okay to undermine their brand by having the majority of sales go through flash.”

Mulpuru believes that many of these companies have already peaked, making it difficult for growth to continue moving forward. “Some of these companies are barely profitable,” she said. “I think that fundamentally, these models can be very profitable. The challenge is that they’ve focused a lot on customer acquisition. It’s hard to procure a lot of merchandise that’s going to grow the business, so companies have to retrench and figure out if there are other ways to grow.”

It is important to differentiate between deal-of-the-day companies such as Groupon and LivingSocial, and the retailers relying on a flash sale model. The main difference is that daily deal sites tend to primarily offer virtual vouchers for trips or services, as opposed to physical products that can be sent to a consumer’s home. Since there is no clearance of physical goods, purchase activity isn’t as important as the marketing of the web site itself. However, as big as many daily deal companies are, there are still doubts as to how they can grow and beyond their present model.

“One of the challenges for this model has been that it is heavy on the sales force side,” Baird said. “They’re actively reaching out to retailers and working with them to try to make a deal that meets Groupon’s criteria, but also achieves a goal for the retailer. The reps I’ve talked to have learned that this model is ‘try, and then hopefully the customer comes back.’ Which means, ‘I’m willing to be confident there’s enough margin in my business that I can make an investment to get you to come in the door.’ From there, it’s on the retailer to try and turn that into a relationship.”

Overall, Groupon and LivingSocial are the two frontrunners in the daily deals space, and are the two most recognizable sites in terms of brand name. Although Groupon, a publicly traded company, has higher revenue results than LivingSocial, both companies have had their fair share of misfortune over the past year. Groupon suffered a combined $95.3 million in net losses between Q4 2012 and Q3 2013, and incurred a whopping $81.1 million in loss during Q4 2012 alone.

LivingSocial posted a net loss of $183 million in 2013, as disclosed by an Amazon.com regulatory filing. (Amazon owns approximately 30% of the company.) As a result of these lackluster results, LivingSocial is branching away from its daily deal roots, and instead is rebranding itself as a marketing solution for merchants.

“We work now with merchants in a lot of interesting was beyond the daily deal model,” said Jake Maas, Sr. VP of Product and Operations at LivingSocial. “That’s still a part of our offering, but we engage consumers across the board, whether that’s through deals, coupons, or even content and other strategies, as well.”

Daily deal and flash sale sites do pose a series of benefits, however, many customers have had negative experiences, according to a report from logistics and fulfillment services provider Dotcom Distribution. Of the 2,776 comments posted across 11 of the top U.S. flash site Facebook pages, 44% were negative. Out of the remaining commenters, only 29% posted positive comments, while 27% were neutral. Almost half (49%) of the negative comments were related to shipping issues, with the overarching theme being that most consumers had to wait four to six weeks to receive their packages. Compare that to the average e-Commerce experience, where customers can receive purchased items in 10 days or less.

Fab And The Inventory Problem

Contemporary home décor eTailer Fab was one of the first major flash sale success stories, but moved away from the flash sale business model in July 2013 to a more traditional online business strategy. The switch coincided with a series of layoffs in July, October and November, which nearly cut the company’s workforce in half. Within this time, Co-Founder and Chief Design Officer Bradford Shellhammer departed from the company. (Shellhammer still serves as a non-executive advisor to the company).

Fab Co-Founder and CEO Jason Goldberg explained the business shift in a July 2013 post in his personal blog, Betashop Quarterly:

“Over the past couple of years we realized that in order to exceed the expectations of our customers… that we would need to shift our business model to an inventory planning model,” Goldberg said. “We are building a scalable model that allows us to sell the same products simultaneously everywhere around the globe while giving our customers complete confidence in their purchases. That was hard to do with flash sales as products would come and go from Fab daily; the nature of flash sales dictates that products are not kept in inventory and are thus very difficult to ship fast or for free.”

Although the appeal of discounted luxury products is undeniable, placement of these products on flash sale sites doesn’t guarantee retail success. This “inventory problem” poses a threat to flash sales companies due to increasing costs incurred whenever products go unsold.

“If I’m a brand and I have an inventory problem, I’m looking for alternative channels to relieve me of that inventory,” said Mona Bijoor, CEO of JOOR, an online wholesale fashion marketplace. “Flash sale sites initially seem to be a great alternative to the traditional channels where they’re liquidating your inventory at very low prices. These sites are photographing the items, marketing them and putting on SEO tags, but the reality is there’s a reason why the inventory didn’t sell in the first place. Some of it gets sold, but some of it stays, and there’s a holding cost to keep that inventory around. If you’re selling furniture or clothes in a flash sales model, the longer those things stay in a warehouse, the less valuable they become.”

Generally, flash sales sites have products listed for a few days, then have another set of products in line to replace them once the sale period runs out. This rotation keeps the online shopping experience fresh and heavily appeals to consumers who are looking for diverse selections. However, major players such as Gilt, Rue La La and Zulily are now also selling their own exclusive private-label merchandise, which could be taken as an indicator that the business model on its own isn’t bringing in the desired profit.

“It’s getting harder for flash sale companies to select inventory that’s going to sell through that channel,” Bijoor said in an interview with Retail TouchPoints. “They’re trying to understand what products are selling so they can privately label them before putting them on the market. That allows them to make more margins, but that’s not really flash sales. That’s just becoming a brand and selling more items at full price. Ultimately, that’s becoming a product service company.”

This tactic is similar to what some retailers have used to handle customer demands, in which they design lower-cost products exclusively for their outlet stores.  “If we hit that point [in flash sales], that will demonstrate where the natural market has tapped out,” Baird said. “Now the brands and retailers that are running that model are actually having to create the supply to meet the demands that exist in that model. I’m pretty sure that the demand for that model will exceed the supply and inventory available the way that the model is structured to be.”

With much of the initial novelty wearing off over the past two years, flash sale and daily deal retailers are merging into a very pronounced niche market. While Zulily and Gilt are notable leaders in the flash sale space, the market might not be large enough to handle any more ‘front-runners.’

For the most part, opportunities to employ the business model would be best suited in small doses to prevent overspending on products to be sold. Newer companies looking to take advantage may have to take one of two actions: focus on building partnerships with major retailers for the sake of exposure, or differentiate their business by emphasizing one specific product category that appeals to a single demographic. 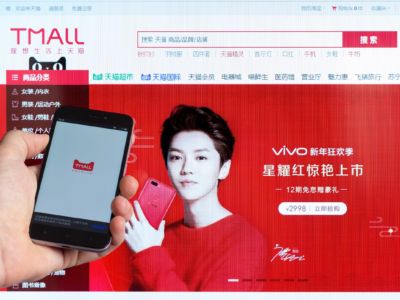 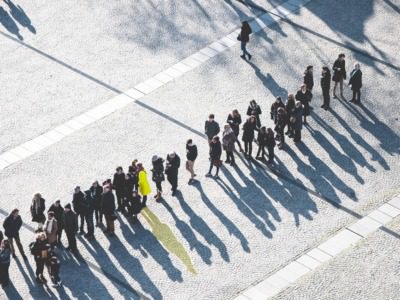