Gamification is the latest marketing trend coming to the forefront following the hype surrounding check-in applications such as foursquare and shopkick. But this new customer engagement tactic experienced a dramatic boost following the success of Facebook-supported games such as Farmville and Mafia Wars.

Gamification is defined as “the process of using game thinking and game mechanics to solve problems and engage users,” according to Gabe Zichermann, Summit Chair and CEO of Gamification Co. He also shared his thoughts on the growing appeal of gamification and its near-term growth potential.

“The big question is ‘Why are we here?’” Zichermann said. “And the answer is drugs. One important drug, dopamine, is what we secrete in response to challenge and achievement. It is part of the core group of behaviors that makes gamification and games powerful in changing influence and behavior.”

According to data released by M2 Research, the gamification market currently is worth approximately $100 million and is expected to reach nearly $2.8 billion by 2016. Gamification vendors predict 197% growth through 2012, and an increase of 42% over 2011. Currently, nearly half (47%) of client implementations focus on user engagement, while 22% revolved around brand loyalty and 15% are focused on brand awareness.

At this year’s summit, gamification vendors such as Badgeville and Bunchball, and executives from companies including Gilt Groupe, MTV, Google and USA Networks, shared case studies and best practices to drive engagement and brand interaction using gamification.

With competition among flash sale sites heating up, Gilt Groupe needed a new tactic to boost customer engagement. Enter gamification. Based on the limited availability of merchandise, Gilt Groupe’s gamification strategy encourages shoppers to visit the Gilt site early and often. “We require customers to register, first and foremost,” according to co-founder and Chief Merchandising Officer Wilkis Wilson. “That’s one portal. Then, you need to check our site, ideally if you want access to the best assortment of merchandise, you need to log in at 12 noon EST, and merchandise sells out very quickly.” To that end, Wilson explained that if shoppers know their favorite brand is going to be featured, they have a stronger incentive to buy because they don’t know how long the items will last.

Wilson noted top tips and strategies loyal shoppers leverage, including the Gilt Groupe wait list and “hoarding” items in their digital shopping carts. He also shared some shopping techniques such as viewing products from the “bottom up” to catch last-minute finds and consistently refreshing the site to get real-time updates on item availability.

Further, Wilson explained Gilt’s gamified strategy, and how the competitive format of the flash sale model has boosted sales and customer loyalty, during a Gamification Summit Q&A with Divya Gugani, CEO of Send The Trend. Wilson, who previously worked for BVLGARI and Louis Vuitton, noted that the primary goal of Gilt Groupe was to extend the excitement of New York City sample sales to an e-Commerce platform. “In our early days, our target audience was women in their mid-20s to mid-30s who loved designer fashion, appreciated great prices, but also didn’t have a ton of time to go to sample sales or stores,” he said.

As Gilt Groupe continued to evolve, its founders decided to create a members-only format to enhance the VIP shopping experience. In turn, demand for the e-Tailer surged. “We did the antithesis of what one would see online typically,” Wilson noted. “Instead of going after SEO or SEM and creating a site where it was all getting about traffic to the site, we created a membership experience. A lot of people thought we were crazy, but it was all a part of the game.”

By its first sale, the outlet accumulated more than 13,000 subscribers. Although the company increased memberships by rolling out a referral deal, a majority of loyal shoppers didn’t recommend the site to friends and family due to a fear that they would miss out on merchandise, Wilson explained. “Those ‘power referrers’ were racking up hundreds or thousands of dollars in referral credits because their networks were so powerful,” she said. “But those people weren’t necessarily our best customers. Our top shoppers typically didn’t invite anyone because they didn’t want any more competition. They took the game very seriously.”

Gamification encourages competition and challenges in return for status and recognition. But there is an argument brewing in the retail industry regarding whether it is more effective for retailers to utilize real rewards such as coupons and discounts, or virtual rewards like badges and points.

During a panel discussion titled Real Vs. Virtual Rewards: The Battle Over Consumer Motivation executives from loyalty and gamification vendors Recyclebank, CrowdTwist, Badgeville and Twiist provided insight on which strategy they believe is most effective.

Although loyalty companies like foursquare have cashed in on the status appeal of badges, Irving Fain, CEO and Co-Founder of CrowdTwist explained that companies should focus on integrating real world experiences and goods to fuel virtual engagement. “There’s always that virtual component [of achievement], but on top of that virtual component becomes these tangible opportunities and experiences that people can also have,” he said. “It’s that combination in and of itself that’s incredibly powerful and incredibly motivating.”

To drive deeper engagement, companies should focus on understanding what incentives or calls-to-action will motivate behavior change and eventual loyalty, according to Samantha Skey, Chief Revenue Officer for Recyclebank, an environment-focused loyalty company. “I don’t think it’s so much real versus not real,” she noted. “It’s on us to figure out what is in fact driving consumer behavior change or a specific outcome, and overall deeper engagement.”

Kris Duggan, CEO and Co-Founder of Badgeville explained that to efficiently roll out a gamification strategy, retailers must intently analyze the depth of social and community experience. In turn, retailers can determine what rewards or benefits will best drive consumer action and response. “When you think about driving behavior, constructing your rewards or incentive strategy, it’s about looking at the list and depth of social experiences and how you can use labels, privileges and incentives to drive that behavior,” he said.  He further explained that in low social experiences, financial incentives like coupons are more important, while high social experiences such as social media-driven campaigns are more dependent on status.

Overall, the panelists agreed that an optimal strategy includes developing gamification rewards online and in the real world to achieve one primary goal — collect customer data. By analyzing coupon redemption and gaming behavior, retailers can then make the appropriate next steps to increase communication with shoppers and in turn, drive purchases. 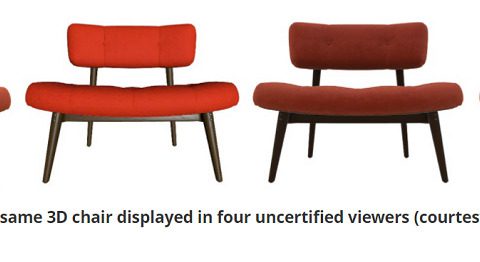 Khronos Group Goal: ‘Create One 3D Model That Works for Everyone’ 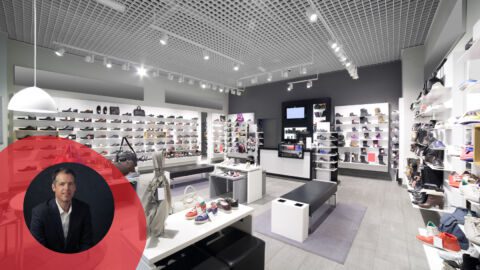