Additional results for the 2020 holiday season are coming in, and the outlook is rosy despite the unprecedented challenges: Adobe Analytics pegged year-over-year online shopping growth at 32.2%, totaling $188.2 billion, while the NRF measured 8.3% growth over all channels, reaching $789.4 billion. Even brick-and-mortar stores fared decently overall, with average sales up 3.6% across November and December, according to the International Council of Shopping Centers (ICSC).

One point of concern that has picked up traction in the media is that December retail sales were down 0.7% from November, according to Census Bureau data. However, this result aligns with the extended holiday season and retailers’ efforts to encourage shopping earlier rather than later.

“The traditional Black Friday didn’t exist,” said Jerry Sheldon, Retail Analyst at IHL Services in an interview with Retail TouchPoints. “There really wasn’t any feasible way for folks to queue up on the night of Thanksgiving and then obliterate stores on Friday at 5 am. So a lot of major retailers preemptively tried to space out the different deals that were going to be offered, and really tried to emphasize them in November as opposed to December.”

Sheldon noted that late-season shipping delays further discouraged December sales. Shoppers were well aware that presents purchased in mid- to late-December wouldn’t necessarily arrive in , and retailers were eager to “flatten the curve” by pushing even more purchasing activity earlier into the holiday season.

Even with these factors in mind, not all retailers fared equally. Online sales continued to dominate, and while some brick-and-mortar players found success, others faltered during the busiest time of the year. Some of the takeaways from the 2020 holiday season’s preliminary results include:

Retailers With an Omnichannel Lead Flexed it During Holiday 2020

In-person traffic climbed at the retailer as well, growing 4.3%. This success could be attributed to the convenience of Target’s same-day fulfillment options, led by curbside pickup (up 500%) and same-day delivery through Shipt (up 300%). While Target is one of the first retailers to report its results, any retailer that properly prepared for the explosion in omnichannel options was positioned to receive similarly positive results. Even companies that scrambled to put their network together after the pandemic started had time to get it up in running with the help of third party partners.

“I think there’s a lot of investment in the backend systems that support buy online, pick up in-store (BOPIS) and curbside,” said Sheldon. “A lot of that investment that happened in 2019 and early 2020. For those retailers that were not in great shape, there were a lot of fire drills that occurred. They called up their vendor partners and said, ‘Hey, we’ve got to make this work and we have to make this work in a very, very short time.’”

Costco also reported strong results for December, with a 12.3% sales increase for the five weeks ending Jan. 3, 2021. While the retailer’s online operations lag Target’s, the company has started catching up on that front with the launch of a curbside pickup pilot in New Mexico. Even without curbside, Costco was among the successful retailers that overcame foot traffic declines and fulfillment delays by complementing their online operations with their brick-and-mortar footprint.

“What you’re seeing is a continuation of our thesis, which goes back almost 10 years, where we said that the larger, more [fully] capitalized, better run brick-and-mortar retailers would be able to transition online and be very competitive,” said Charlie O’Shea, Senior Retail Analyst at Moody’s in an interview with Retail TouchPoints. “And that’s exactly what’s happening. For Walmart, Target and Costco, this was happening ahead of the pandemic. They focused on the fact that these stores were assets, not liabilities.”

The mall-based retailers that have reported results continued to struggle during the 2020 holiday season. Nordstrom reported an overall 22% sales decline for the nine weeks ended Jan. 2, 2021, despite online sales rising 23% to represent 54% of all sales. American Eagle expects its stores under this banner to see low double-digit sales declines for the holiday period, though the retailer projected a high 20% increase for the Aerie banner.

The key to recovery for these retailers may be rethinking and recontextualizing their stores by putting excess space to alternate use. Nordstrom is already an expert at this, and American Eagle may be able to pivot failing American Eagle stores as support for its new Aerie locations.

“I don’t think department stores are dead,” said Hilding Anderson, Head of Retail Strategy at Publicis Sapient in an interview with Retail TouchPoints. “I don’t think stores are unimportant. I think it’s more about shaping what those stores look like, how you can reduce them to a smaller footprint and use some of that space as a warehouse as you transition. This solves the problem of your customers getting access to the right product at the right time.”

Even During a Pandemic, Smart Pricing Brings People to Stores

A survey by the ICSC confirmed that price remains a major sales driver during a holiday season, even during a pandemic: 41% of consumers decided where to shop based on prices and promotions. Additionally, while 64% of holiday shoppers made purchases at big box retailers like Target and Walmart, 22% visited off-price stores like Dollar General.

Even retailers that don’t lean heavily on price as a competitive differentiator can drive traffic with strong promotions tailored to the surrounding conditions. Holding multiple sale periods or offering limited runs on desirable merchandise can attract shoppers in manageable crowds, making it easier to maintain proper social distancing and helping customers feel safe.

“There are lots of strategies around limited numbers of products where you can hold flash sales and other things where you’re able to get some of that in-store activity,” said Anderson. “One of our clients did a lot of ‘flashing’ around a small number of electronics items that were launched over the holidays online and in-store. They had a younger demographic that was a little bit less risk-averse and was willing to wait in line to get some of the products when they were outside and socially distanced.” 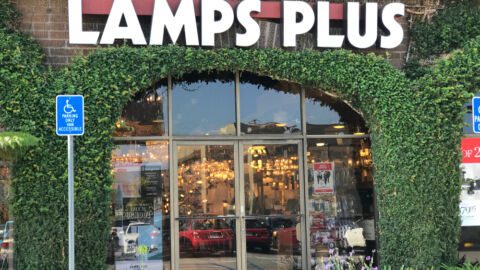 Lamps Plus Promotes COO to President 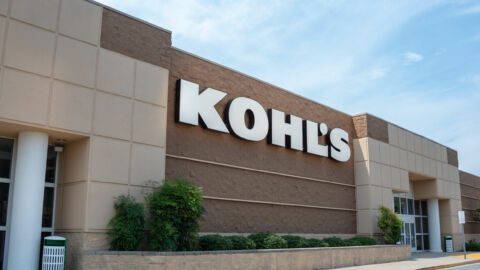 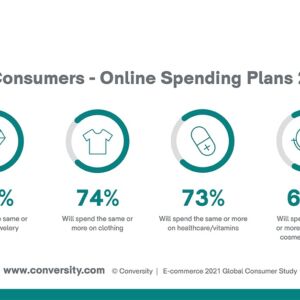