For retailers, the Millennial generation can be a tough nut to crack, as it is now the nation’s largest living generation (surpassing baby boomers) and the first one to grow up in the digital age. Understanding Millennials’ wants and needs in terms of shopping experiences is essential to retailers’ success, but their unique demands can stump even the savviest brands.

Retail TouchPoints spoke to Norty Cohen, CEO and Founder of creative agency Moosylvania. You can literally say Cohen “wrote the book” on Millennials and what makes this generation loyal to their favorite brands. Cohen has been evaluating Millennial consumers for the past five years and shares his findings in a new book called The Participation Game: How The Top 100 Brands Build Loyalty In A Skeptical World.

Cohen’s research began when his clients at Moosylvania began asking him what they should do with Millennials. He partnered with one of his vendors to help him figure out how and why this generation of consumers adopts brands. The first round of research was published in 2013. It was then followed by a ranking report of the top 50 brands, which later turned into a top 100 report. Cohen has collected 15,000 responses over a five-year period, and then “really dug through those and started doing case histories on all of the top 100 brands to try to understand what they were doing to get onto that list,” he said.

Retail TouchPoints (RTP): What are your biggest takeaways from the research about Millennials?

Norty Cohen: When I look at the top 100 brands and I look at the type of brands that consumers consider to be their favorites, I think retailers have a humongous advantage. It comes down to the fact that in many cases, they have the ability to have a personal interaction with the consumer. I look at it almost as a double hit because they can connect with them online, do all kinds of social activity and pay attention to them. On the other side of it, when that consumer comes into a retail store, they have the ability to win them over. When we looked at the top 100, I would say 40 out of the 100 were either retailers or clothing/fashion brands. In my mind, what that’s saying is: “It’s about me. You’re telling me how to do something for me.”

So one of our key takeaways that we have in the book is: Make me look good, make me feel good, keep me entertained. We could look at those three concepts/practices and say that’s going to work across the board for this target audience.

RTP: Given that the Millennial generation is quite large, did you find any differences between “older” and “younger” Millennials in your research?

Cohen: In January, we asked Millennial consumers how they connect with brands. We did it by breaking them into two decades: ages 17 to 27, and 28 to 37. A lot has been said about the fact that it’s such a huge target that it doesn’t make sense to talk about them as one big group. But when you break it down, the commonalities were pretty much there in terms of how they connect, how much time they spend online and how loyal they are to brands.

We actually found that older Millennial consumers are even more connected than younger Millennial consumers in a lot of cases. For example, in terms of loyalty, one of the things we saw was that more than 50% believe they have a connection with their favorite brand beyond just buying its products or services. In the 17-to-27 age range, 50% agreed or strongly agreed with that statement; and in the 28-to-37 age range, 53% of that group agreed or strongly agreed. So it was even more prevalent in the older group.

RTP: What makes Millennial consumers so loyal to specific companies? What are the criteria retailers should be focusing on to generate more loyalty from this generation?

Cohen: One of the things I studied all summer is the ability to create brand communities and enhance participation. There are a couple of rules of thumb. One is that we talk about this as being the attention economy — you can constantly try to get attention and it gets harder and harder. There is a lot of media theory about where and when to do the most with consumers. There’s also the context that you don’t have to just get attention, you can give attention. The more time you spend doing that — such as spending time with the consumer, creating some sort of relationship — the easier it is. This is a group that really wants it to be about them.

RTP: What do Millennials want to see from brands in terms of communication and engagement? What characteristics does a brand need to have in order for a Millennial to adopt them?

Cohen: I look at this in two different ways — from a qualitative group, where I went in with a white board and said, “You tell me what characteristics you need to see to adopt the brand.” Then I took the same statistics back out to a quantitative group and what came back was:

High-quality products came out number one each year in the ranking, but all these pieces come together under the question: “What does it say about me?” That’s a big piece of it in terms of where their focus is and what they’re centered on.

RTP: Which retailers stand out for doing a great job marketing to Millennials, compared to examples of those that are not?

Cohen: I think there are a bunch of clothing retailers that do a really good job. Gap has been doing some cool stuff; I’ve seen a lot of their programming played back to us from consumers. They did a campaign called “Mind The Gap,” which was about the pay gap for women. H&M has a program where you can turn in used clothing [for a discount].

Michael Kors did a charity piece that people really responded to. Even JCPenney showed up on top in terms of execution. Old Navy had a program called “Never Basic” that also showed up with consumers talking about what campaigns they remembered.

We saw this ability of these retailers that say “Hey, we’re with you in your lifestyle and we’re doing it with you.”

In terms of a retail situation that doesn’t make any sense, think about the last time you had a good experience in a phone store. You probably had a decent experience at an iPhone store in terms of getting the product sold to you. But in terms of your hookup and all that, you might not have. No one says they went to the AT&T store and it was the greatest time of my life. What doesn’t make sense to me is you take an industry like that, that spends well into the billions on television advertising, yet they don’t spend on creating an experience for the consumer when they go into the store.

RTP: Are there ways the Millennials are similar to older generations?

Cohen: One of the points we like to make is that it is 2.5 times more likely for a consumer to adopt a new brand based on what friends and family are saying than from what advertising — whether it be TV, YouTube or Facebook — would do for them. 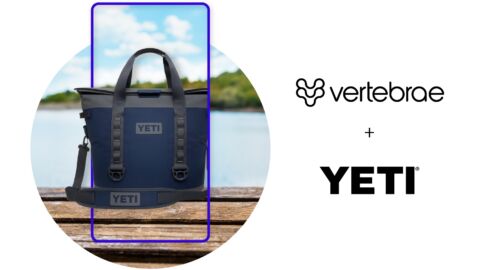 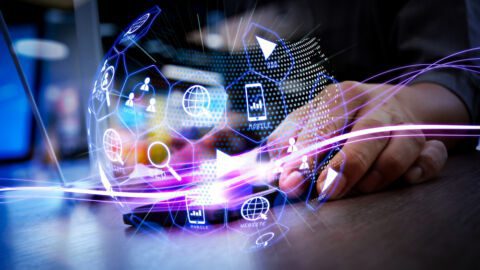