To update its 60-year-old tradition of presenting a children’s story in the windows of its flagship New York store, Saks Fifth Avenue has teamed up with Microsoft’s Windows 7 operating system. The windows were unveiled in a ceremony on November 23.

“We challenge ourselves each year to add something new to our windows,” notes Leland Kass, director of partnerships for Saks. “Bringing Microsoft in as a partner allowed us to provide more animation in the windows as well as interactivity that we’ve never had before. In addition, the star of this year’s story – Twinkle the snowflake – got her own wallpaper thanks to Microsoft.”

Customers who visit the Fifth Avenue store also have the opportunity to meet with Microsoft experts and try out Windows 7 in PC lounges on the 8th and 9th floors. Customers also are able to enter their holiday wishes using Twitter and have them appear in the windows along 50th Street in New York.

During the first week after the unveiling, Saks has received positive feedback from shoppers and from online “fans.” “We have had a very active engagement level in the lounges,” says Kimberly Grabel, senior vice president of marketing for Saks. “And our fans around the country have been able to weigh in on the holiday experience via Twitter.”

Telling a captivating story
Windows 7 is providing enhanced technology will help tell this year’s story, Twinkle, Twinkle Little Flake, with greater detail. Together, the two companies will share holiday cheer and entertain New Yorkers and tourists in a new way.

Previously Saks holiday windows featured moving parts and three-dimensional characters, but were not able to provide the vibrant scenes and animation provided by Windows 7. The windows will showcase several of the book’s most vibrant scenes, animating the story through over 20 synced video monitors, all provided by and powered by Windows 7. The windows will feature custom 3-D animations, and a voiceover of Twinkle audible to passerby outside.

“Twinkle, Twinkle, Little Flake is a heartwarming tale of adventure and bravery that is sure to enchant both adults and children,” says Terron Schaefer, Saks Fifth Avenue’s Group Senior Vice President of Creative & Marketing. “Windows 7 and Saks Fifth Avenue are bringing Twinkle’s story to life and capturing its spirit in the legendary windows through unprecedented detail and technology.”

Quick program implementation
Although Saks typically spends more than one year planning the holiday windows for the following year, Microsoft entered late in the process. “We start a year ahead planning our holiday windows,” says Grabel. “This came up much more recently than that and we were able to pull it off. We moved very quickly to accomplish something we thought would be great to do.”

Once the holiday season is over, Saks will be likely to look for other ways to enhance the use of technology in its stores. “We see a huge opportunity with technology that we will be able to leverage in the store or in our windows,” says Kass. “There is a lot of new technology that will be available in the next year or two that will enhance the customer experience.”

“It is an interesting moment in history,” Grabel adds. “Fashion has always been sexy, but technology not so much. Now technology has become sexy and it marries nicely with the fashion world.” 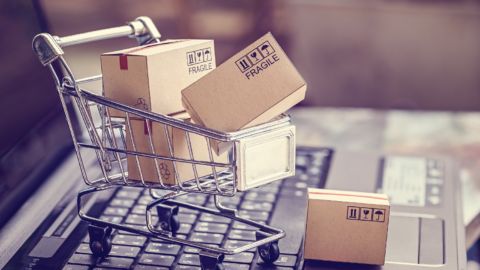 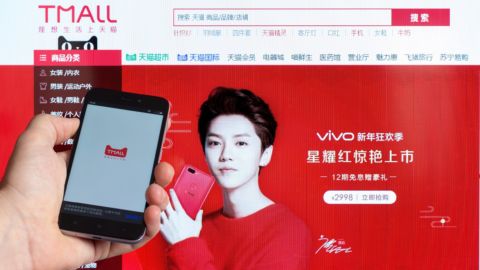