Some Retailers Cut Hours And Benefits, Others See Opportunity With Obamacare

Web site issues aside, while much of the publicity regarding Obamacare has centered around companies cutting back hours and reducing health care benefits for employees, there has been a wide range of responses among retailers as they scramble to meet the requirements of the Affordable Care Act (ACA).

Some, such as Walmart, announced that they would move a number of part-time employees to full-time status and offer benefits. Others, including Forever 21, reacted by cutting hours to bring more workers to part-time status where they would not have benefits.

Trader Joe’s and Home Depot are among the retailers planning to use the public exchanges for health care coverage for their part-time workers.

Still others, such as pharmacy retailers CVS, Duane Reade and Walgreens, view the ACA as an opportunity to increase customer interactions and provide additional services.

While retail has garnered much of the media spotlight, some experts do not expect the ACA to impact retailers to a greater extent compared to other business segments.

“The more labor-intensive the retail operation, the more effect will be felt by the ACA,” said Gene Detroyer, an independent consultant. “However, the ACA is going to have the same long-term effect on retail as on any other business.  In the end, the economics are such that all employers will want out of health insurance; they just haven’t found a way. It will become obvious that even a $2,000 per employee penalty is tremendous cost savings over providing employee health insurance.  Further, powerful business sources will have great influence to reduce or eliminate the penalty, which has already been postponed for a year.”

David Livingston, Principal of consultancy DJL Research, outlined a few key concerns for retailers when it comes to the ACA:

Livingston said some retailers may see their health care strategy impact their ability to attract key workers, but he doesn’t expect a huge talent drain. “Retailers will always pay good wages and benefits for top talent. Those with the ‘warm body’ part-time labor model will still be hiring part timers with minimal hours.”

Retailers that have invested in payroll and HR technology are likely going to be better-prepared for the reporting requirements that come with the ACA.

“This is an industry that has not always been on the leading edge of technology because they invested more on the front of the house,” said Melanie Langsett, Principal in the Benefits and Administration Practice at Deloitte. “So what we’re hearing from our clients is a lot about their readiness and ability to do all the tracking of the hours and premiums on a weekly and monthly basis, and do the reporting required.”

Some smaller retailers will struggle with managing the data to ensure compliance, according to W. Frank Dell II, President and CEO of DELLMART & Co., a consulting firm. “For the guy with five, 10 or 25 stores, it becomes an unbelievable burden and they are not big enough to invest in software to help manage it.”

While retailers will experiment to find the right mix of part- and full- time workers, Ryan Mathews, Founder and CEO of Black Monk Consulting, doesn’t expect a huge shift.

“I think the whole ‘all employers will fire all full time workers’ rhetoric is just anecdotal right wing knee jerkism at its worst.” Mathews said. “To date I haven’t seen any objective research to indicate a radical restructuring of the workforce is occurring or will occur in the future. What is happening is that some retailers are creating options that never existed before. But when Walmart — the largest retailer in the world — goes on the record saying they don’t think implementation will be a problem, I think that renders the whole, ‘this will destroy retail,’ discussion relatively moot.”

Retailers need to carefully calculate the percentage of part- and full-time workers, added Thomas McElroy, Principal in the Consumer Business Industry segment at Deloitte. Another consideration is the tolerance threshold for fines. “If you look at the P&L of any retailer, the people cost is the largest on that entire P&L. How to balance it all is going to become increasingly important.”

Dell said Obamacare may force some retailers to more strictly enforce part-time hours. “You can’t make everyone a part-time employee because you still need some adults to run the store. But what I do see is a tighter adherence to scheduled work hours.”

Then there are issues with the benefits being offered on the exchanges and the elimination of some private insurance plans, Dell added. “There is the issue of not being able to see the doctor of your choice, which is big. And the costs are going to skyrocket. Someone making $12 an hour cannot afford a $50 co-pay for a doctor visit.”

How Retailers Are Addressing Obamacare

Over the past year, a number of retailers have publicized their plans to comply with Obamacare, soliciting a mix of praise and criticism.

In September 2013, Walmart announced its plans to move 35,000 part-time employees to full-time status, which would provide them with access to full health care benefits, according to an article from Bloomberg.

Other retailers, such as Forever 21, announced in a staff in a memo, which leaked to the press, stating that it planned to cut hours to bring associates down to part-time status.

“Company-wide, Forever 21 recently audited its staffing levels, staffing needs and payroll in conduction with reviewing its overall spending budget,” wrote Carla Macias, Associate Director of HR for the retailer, in the memo. “As a result, we are reducing a number of full-time non-management positions.”

Other retailers are taking different approaches to their benefits packages. Sears announced that it would give employees a specific amount of money to choose their own insurance carriers and plans, according to a USA Today article.

“The Affordable Care Act motivated us to think differently about the health care benefits that we provide associates,” said Howard Riefs, spokesperson for Sears. But, he noted: “The final decision to proceed with a private exchange model was made independent of Affordable Care Act considerations.”

Trader Joe’s and Home Depot, however, revealed that they would provide their part-time health care coverage through the public exchanges.

In an exchange with Retail TouchPoints, Trader Joe’s spokesperson Alison Mochizuki said that, for more than 77% of current crewmembers, “there will be absolutely no change to their current health care coverage” provided by the retailer. Among employees working below the 30 hour-a-week threshold, “over 70% of them will pay less for comparable insurance when they switch to a health care exchange plan.”

Trader Joe’s will adopt the ACA beginning Jan. 1, 2014. Each employee who works more than 15 hours a week will then receive an additional $500 in their first paycheck of the New Year to help pay for health care costs. To determine whether employees qualify for employer-sponsored coverage, the retailer will measure hours worked during September, October and November 2013. Employees who are not considered full-time can receive guidance from HR specialists regarding enrollment with state or federal exchange programs.

Drug store retailers, such as CVS, Duane Reade, Rite Aid and Walgreens, face a set of challenges that is far different than merchants in other categories.

These retailers “are sitting on both sides of the issue” because they need to comply with employee regulations regarding the ACA, but also must offer the tools and resources end-customers are seeking, according to McElroy.

“There are thousands of employees across all stores that these retailers need to support, but they also need to support their consumers,” McElroy said. “There’s an opportunity there and they have to make sure they understand the true impact for the end-customer, and what Obamacare means to them. There is going to be a big learning process for them.”

CVS Caremark has rolled out a company-wide information and outreach program to help customers gain access to critical health insurance marketplace information. For example, consumers will have access to brochure displays that tout educational content at more than 7,500 retail stores and 700 MinuteClinic locations.

Providing this variety of resources, education and empowerment will help “close the information gap” that is currently present, according to Mike DeAngelis, Director of Public Relations for CVS/pharmacy.

“More than two thirds of patients surveyed last summer about their knowledge of the Affordable Care Act said they expect retail pharmacies to offer health insurance information,” said DeAngelis in a statement to Retail TouchPoints. “Providing information about new health insurance coverage under the new health care law is in keeping with our purpose of helping people on their path to better health.”

Rite Aid is stationing independent, licensed insurance agents in approximately half of its 4,600 stores to help uninsured visitors register for plans. These agents will be available in stores through March 31, 2014.

Duane Reade and Walgreens stores are maintaining a united front as the U.S. transitions to Obamacare. As a corporate initiative, Walgreens Inc. established a partnership with GoHealth in October 2013 to provide resources to consumers considering the new health insurance marketplaces.

Walgreens store associates and pharmacy representatives are providing educational brochures and other materials in stores. Additionally, the retailer is helping all interested parties enroll and find other important tools and information on the GoHealth Marketplace, where consumers can shop and compare health insurance plans.

Regarding the impact of these tactics on overall sales and customer loyalty, McElroy noted that he has seen retailers increase their earnings estimates as a result of “their excitement over Obamacare and their focus on educating the public.”

Pharmacy retailers, overall, believe they have a responsibility to the public to educate, inform and ensure resources are available, McElroy added. “This is a prime opportunity because Obamacare is in the process of being rolled out, and there’s still confusion regarding what it means to consumer. Retailers are taking advantage of the opportunity to build their customer base and strengthen their existing customer relationships.”

Beyond these initiatives, Walgreens will continue to provide healthcare insurance coverage to team members. With 240,000 employees stationed across the U.S., Walgreens is allowing employees to “choose a plan that is more personalized for their health care needs,” noted Jim Cohn, Senior Manager of Media Relations at Walgreens. “We’ll contribute as much money next year to employee health care as we did this year. Our intent is to continue paying the same ratio going forward, so as overall costs increase, we would expect our contribution to our team members to also go up.”

Walgreens also is excluding prescriptions from the plan deductible to encourage employees to fill their prescriptions, stay on medications and “lower their overall health care costs,” Cohn explained. “As a pharmacy, we recognize the importance of staying on medications and the difference that can make in overall personal health.”

Delivering On The Brand Promise

Over the next five to 10 years, the U.S. economy will experience a labor shortage across all industries, according to McElroy. However, retailers will be affected most and in turn, will be competing for quality employees.

“Obamacare creates an opportunity for employers to distinguish themselves on another component of their total rewards package,” McElroy said. But currently, retailers are struggling to keep their brand promise to employees. “People have come to expect certain things from their employers, so I think retailers are facing their ability to deliver on what was promised.”

Retailers also need to better understand the type of employees they need to reach company goals, as well as manage costs while still serving customers effectively. For example, some employees may be interested in seasonal jobs, while others are looking for extra part-time work, or of course, a full-time position.

McElroy believes that there’s going to be an adjustment period “where employers are going to look at how to best balance the overall rewards they’re providing to employees, and think through their overall talent strategy and the quality of employee they’re trying to hire.” 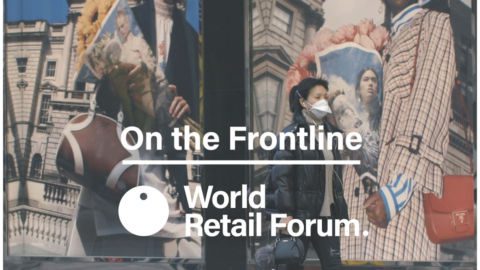 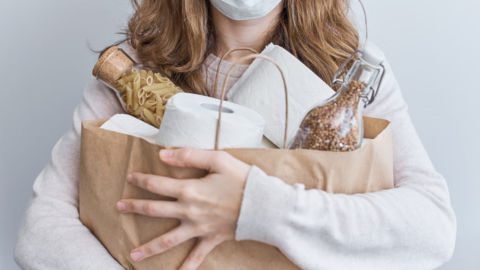