Neiman Marcus To Explore Alternatives: Sale On The Horizon?

After yet another dismal quarter that saw revenue drop 6.1%, comparable store sales dip 6.8% and $117 million in net losses, Neiman Marcus revealed that it has hired advisers to help the brand explore and evaluate potential strategic alternatives, including a possible sale.

Hudson’s Bay, owner of Lord & Taylor and Saks Fifth Avenue, has entered exploratory talks about acquiring Neiman Marcus, according to a report from The Wall Street Journal. The Canadian department store chain is seeking a deal that would give it control of the business without including Neiman Marcus’ $5 billion in debt.

Hudson’s Bay already showed interest in taking over Macy’s in February, but it struggled to line up equity financing to go beyond a preliminary conversation, according to Reuters. Neiman Marcus would be a significantly smaller acquisition. The department store had $4.9 billion in total sales in 2016, compared with Macy’s $25.8 billion, and has approximately 40 stores, compared with more than 700 stores operated by Macy’s.

Neither Neiman Marcus nor Hudson’s Bay has commented on the potential acquisition, and financial details about any possible transaction remain unclear. Neiman Marcus said it had not set a timetable to evaluate all of its options.

A brand notable for innovating the in-store experience and building out data-driven personalization initiatives, Neiman Marcus still hasn’t been able to escape many of the difficulties plaguing many other traditional retailers, including weak store traffic and an overreliance on promotions.

In its Q2 earnings report, Neiman Marcus wrote down impairment charges of $153.8 million, six months after a massive $466.2 million writedown in September 2016. Additionally, the retailer now has liabilities of $6.4 billion, including $1.2 billion of deferred income taxes.

These are bad signs for the brand’s long-term outlook, especially given that parent investors Ares Management and the Canada Pension Plan Investment Board purchased the company for $6 billion in 2013. The department store withdrew its IPO in January, and S&P Global Ratings downgraded the company’s corporate credit rating, calling its capital structure “unsustainable” in the long term. 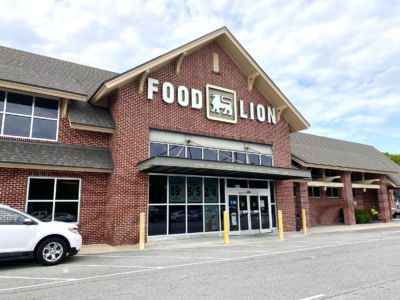