Walmart has acquired Eloquii, a plus-sized fashion retailer, marking yet another business the retail giant can add to its collection of digitally native brands. Financial terms of the acquisition have not been disclosed, but Eloquii is reportedly valued at roughly $100 million, according to CNBC.

With the acquisition, Walmart is making a play into a plus-size fashion market that has plenty of room for growth. The women’s plus-size market reached $21.4 billion in 2016 — less than half of its market potential of $46 billion, according to Coresight Research.The market value for women’s plus-size clothing rose 23% per year between 2012 and 2016, more than double the 9.9% growth for apparel overall.

“Today, more than half of women age 18-65 in the U.S. wear size 14+,” wrote Andy Dunn, Senior VP of Digital Consumer Brands, Walmart U.S. eCommerce in a blog post. “We know they’re looking not just for basics, but also for on-trend pieces that allow them to express their individuality. This is a segment of the market that has been historically underserved and neglected. We believe she deserves better.”

Depending on the acquisition price, the deal could serve as a growth driver for the plus-size market overall.

“On the investor side, we’ve seen a lot of capital flow into plus-sized brands, and although the total hasn’t been revealed, this is certainly the largest acquisition in this space as of late,” said Jonathan Smalley, CEO and Founder of Yaguara, a growth management platform provider for e-Commerce companies, in an interview with Retail TouchPoints. “It will be interesting to see how this affects the private side of the market after this funding. Will we see more capital going into the space since there’s some appetite for acquisition, or will we see that slow down since it looks like there will be a winner that Walmart picked?”

Several Eloquii executives, including CEO Maria Chase, will join Walmart’s U.S. e-Commerce team and report to Dunn, who recently stepped down as Bonobos CEO to focus on the larger role at Walmart. The approximately 100 Eloquii employees will continue to be based in Long Island City, N.Y. and Columbus, Ohio.

Eloquii, founded in 2011 by The Limited and relaunched in 2014 as an independent brand, has seen revenue growth triple since 2015. The business specializes in fast fashion for sizes 14 and above. It opened its first physical store in spring 2017, at Fashion Centre at Pentagon City, Arlington, Va., and has since opened four additional locations.

Since acquiring Jet.com for $3.3 billion in 2016, Walmart has been on a spending spree to bolster its online presence, purchasing smaller, more agile digital-first retailers including Moosejaw, ShoeBuy (rebranded to Shoes.com after Walmart acquired the latter’s intellectual property), ModCloth and Bonobos. Most recently, Walmart acquired Cornershop, an online marketplace for supermarkets and pharmacies in Mexico and Chile, for $225 million.

“I don’t think we’re going to see Walmart slow down [its acquisitions] any time soon,” said Smalley. “Obviously there’s a huge land rush to try to find a way to compete with Amazon. When you look at the two places they’re investing, it’s 1.) Digitally native brands that have some type of cult following, and 2.) Last-mile logistics. I don’t foresee them changing that strategy, at least until they see they are starting to catch up with Amazon. They seem to be pretty clear that they have to keep investing in both of those spaces.”

Walmart’s acquisition strategy consists of two complementary parts, according to a company statement:

“When [Walmart has] acquired digitally native brands, it’s just really made sense in terms of adding another company that has a strong direct-to-consumer brand already in place,” Smalley said. “They’ve got some brand loyalty. They really know who their customer is. This is really interesting positioning for Walmart because not only does it grow their digitally native presence where they own the user data end-to-end, but it’s off of this specific niche of plus-size. It aligns well with the traditional Walmart customer; it matches what would we think would lure in the Middle American Walmart consumer with the company’s strategy of bringing on board brands that are focused more towards urban Millennials. It’s kind of a perfect marriage of old school Walmart with its new school approach.” 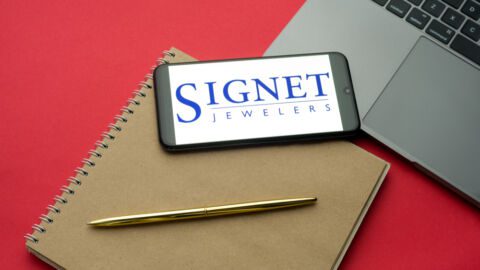 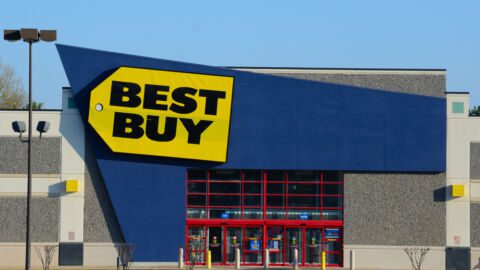