Buoyed by a return to growth in Q4 2020, Adidas has unveiled a new 5-year strategy that will transform the company into a direct-to-consumer-led business with an emphasis on sustainability.

The sportswear company’s new “Own the Game” plan was unveiled at its Investor and Media Day March 10. At the same time Adidas reported currency-neutral sales growth of 1% in Q4 2020, following declines across markets earlier in the year as a result of the pandemic. COVID had an outsized impact on the company’s full-year 2020 results with sales down across the board including currency-neutral declines of 17% in Asia-Pacific, 15% in Greater China, 9% in North America, 12% in Europe, 16% in Latin America and flat in Russia/CIS.

Nonetheless, Adidas is optimistic, citing the recovery seen in Q4 2020, its strong market position and attractive growth prospects for the sporting goods industry as a whole. The company plans to gain market share and increase currency-neutral sales by an average of 8% to 10% annually between 2021 and 2025, through an aggressive expansion of Adidas’s already booming DTC business, including ecommerce; digitalization of its operations and stores; an expanded membership program; and an increased focus on sustainability.

The move is in line with similar shifts made by competitor Nike, which is ditching wholesale accounts and beefing up its digital and DTC business as well.

For its part, Adidas expects that DTC will account for half of total net sales and generate more than 80% of targeted topline growth by 2025. The company also plans to double ecommerce sales, from the current figure of more than €4 billion ($4.8 billion US) to between €8-€9 billion ($9.5 to $10.7 billion) over that same period.

To do this, Adidas will shift its operating model to become a direct-to-consumer-led business, built around membership and enabled by its network of own-retail stores and ecommerce.

“Consumers expect to receive a brand and shopping experience tailored to their preferences, with personalized offerings in both digital and physical spaces,” said the company in a statement announcing the plans.

Adidas’ own-retail stores will be digitized with full-fledged omnichannel capabilities, and the company says it will work to expand that digitalization to its wholesale partners to ensure a seamless customer experience across all touch points. More than €1 billion ($1.2 billion US) will be invested in these efforts over the next four years including hiring more than 1,000 tech and digital experts this year, as well as investment in a new S/4HANA enterprise resource planning (ERP) system and 3D design capabilities. An additional €1 billion will be spent on product development, marketing and sponsorships to help build brand credibility.

Adidas also plans to triple its membership program from the current level of more than 150 million to approximately 500 million members by 2025. That growth will be driven by a focus on increasing consumer touch points in markets it refers to as “Key Cities.” Current Key Cities for the company include Tokyo, Shanghai, Paris, London, New York and Los Angeles; now Mexico City, Berlin, Moscow, Dubai, Beijing and Seoul will be added to that list. The company plans to invest “overproportionately” in these markets to gain market share and expects them to jointly account for approximately 90% of net sales growth until 2025.

Yet another target in the transformation strategy focuses on sustainability, with the company laying out a series of hard environmental targets: to have nine out of every 10 articles made from sustainable materials by 2025, use only recycled polyester in every product from 2024 onward and reduce its carbon footprint per product by 15%. The company also aims to achieve climate neutrality in its own operations by 2025 and overall climate neutrality across its supply chain by 2050. Currently, six out of 10 Adidas articles are made from sustainable materials.

Communication and marketing for products made from sustainable materials also will be intensified, and product takeback programs will be rolled out at a large scale.

“‘Own the Game’ is a growth and investment strategy, which will lead Adidas into a successful future,” said Kasper Rorsted, CEO of Adidas in a statement. “Our strategic focus is on increasing credibility of the Adidas brand, elevating the experience for our consumers and pushing the boundaries in sustainability. To successfully execute our strategy, we will continue to significantly invest into our people, our brand and the digital transformation of the company.” 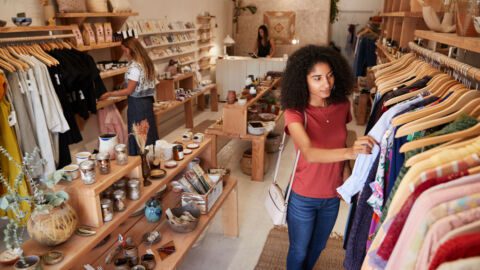 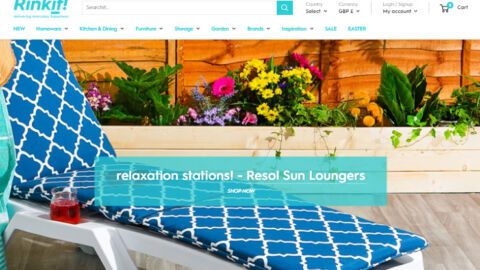