Amazon is giving Prime members 10% off hundreds of sale items at Whole Foods and weekly discounts on best-selling items. Prime members can receive these exclusive deals and savings by downloading the Whole Foods app and scanning it at checkout. The new perks were available starting May 16 in Florida and will roll out to all other U.S. Whole Foods stores this summer.

This new benefit for Prime members has been added to existing offerings, including free two-hour delivery from Whole Foods stores for Prime members in 10 markets; and 5% cash back when members use Amazon’s Visa rewards card in stores.

The new loyalty strategy will test whether Amazon’s $13.7 billion deal for Whole Foods disrupts and escalates an intensified price war to the U.S. grocery industry dominated by Walmart, Kroger, Albertsons and many other regional supermarkets. Despite the integration of discounts into the Whole Foods experience, grocers shouldn’t necessarily be threatened by the strategy if they can adopt their own loyalty programs effectively.

“Amazon deploying a discount app for Prime members at Whole Foods shouldn’t come as surprise,” said Sy Fahimi, Senior VP of Product Strategy, Symphony RetailAI in commentary provided to Retail TouchPoints. “Yet retailers should only envy the potential user base — not the approach. Customer loyalty today correlates much more strongly with receiving personalized promotions based on actual preferences, behavior and needs. This personalized approach is more effective at driving repeat purchases and sustainable growth than the limited benefits of scale that mass marketing and one-size-fits-all discounts provide.”

Discounts: The Next Step To Amazon’s Total Vertical Integration

On May 1, Whole Foods ended its 365 Rewards program and digital coupons, officially folding the perks into Amazon Prime. The additional Prime perks come a few days after Amazon boosted the annual membership fee from $99 to $119 per year. Existing Prime members will pay the new price as they come up for renewal starting June 16.

In an interview with Retail TouchPoints, Cooper Smith, Director of Amazon Research at Gartner L2, noted that the integration of Amazon Prime would be the most significant development at Whole Foods since Amazon bought the retailer.

“[Prime] is the most successful loyalty program in retail,” Smith said. “Prior to this, Amazon had not been able to really disrupt the food and beverage market. Amazon Fresh would have to be counted as a failure. Amazon needed to integrate Prime into Whole Foods as the proxy to establishing loyalty with their customers, which of course is super important in grocery.”

The Prime perks also will give Whole Foods suppliers, many of which are niche and small, unique access to Prime’s 100 million subscriber base. 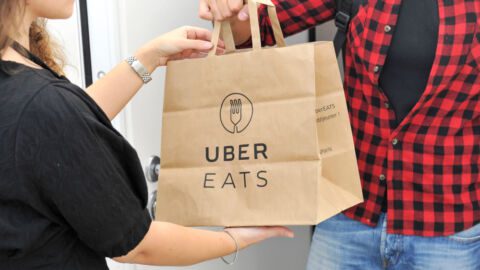