More than a year and a half after its blockbuster deal to acquire Whole Foods Market, Amazon is reportedly planning to open dozens of its own grocery stores in several major U.S. cities, according to a Wall Street Journal report.

The e-Commerce giant plans to open its first grocery store in Los Angeles by the end of 2019, and already has signed leases for at least two other grocery locations, with their openings planned for early 2020, a source told the WSJ. Potential cities include San Francisco, Seattle, Chicago, Washington, D.C. and Philadelphia, the report said.

It is unclear whether the stores would carry the Amazon name or branding, and the stores aren’t intended to compete directly with Whole Foods. The new chain would instead offer a wider variety of products at a lower price point than Whole Foods.The stores would be smaller than the typical 60,000-square-foot grocery store; the leases indicate Amazon is seeking approximately 35,000 square feet of space.

This report comes two months after another WSJ article indicated that Amazon had plans to expand Whole Foods locations into Idaho, southern Utah and Wyoming — areas where the grocer doesn’t presently have stores and Amazon is seeing a growth in Prime subscribers. Amazon seems to be keeping its promise to continue physical growth across numerous venues while finding more ways to increase Prime membership.

Beyond grocery, Amazon’s emphasis on brick-and-mortar retail has been most visible within its Amazon Go cashierless convenience stores. The company operates 10 Amazon Go stores across the U.S. and reports indicate that Amazon wants to expand the concept to as many as 3,000 locations. Additionally, Amazon has opened a handful of Amazon Books and Amazon 4-star locations, the latter of which sells the web site’s most-highly reviewed products.

The timing of the news is intriguing, in that Amazon recently changed how it is reporting the footprint of its physical stores, essentially removing a level of transparency into how quickly it’s building up new brick-and-mortar space.

In an example of this, Amazon indicated in its 2018 annual earnings report that leased and owned physical stores occupied 20.1 million square feet at the end of 2018, down 6% from 21.3 million in 2017. Yet this decline occurred after the company’s new ownership of Whole Foods stores and the opening of Amazon Books, Amazon Go and 4-star locations.

Walmart, Kroger, Target, BJs Wholesale Club, Costco and Sprouts Farmers Market all saw their stock prices dip in the wake of the news. Many of these retailers are making strides of their own to improve the online grocery experience, which Amazon itself has sought to improve. But the presence of Amazon physical stores certainly would give the major grocery retailers plenty of incentive to keep investing in their own delivery networks and customer service capabilities. 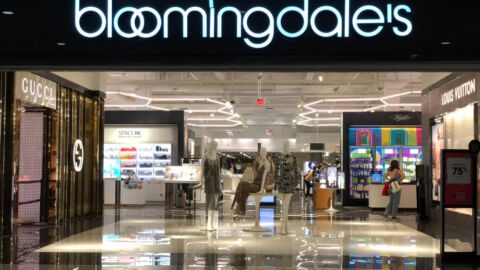 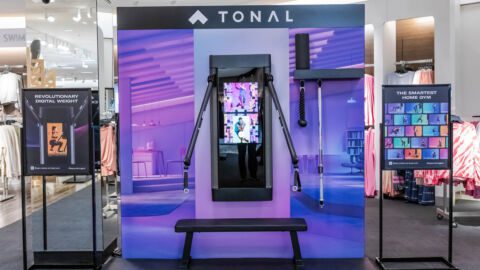