Amazon Will Launch First Grocery Store In L.A. In 2020, But What’s The Objective?

Amazon will open its first grocery store in Woodland Hills, Calif. in 2020. The e-Commerce giant confirmed the planned opening soon after posting four job listings in Woodland Hills for a store leader, two grocery associates and a food service associate on Nov. 11. CNET first reported on the job listings and confirmation.

The 35,000-square-foot store will differ from Amazon-owned Whole Foods, but it isn’t expected to use the cashierless “Just Walk Out” technology used in Amazon Go stores, an Amazon spokesperson confirmed. Amazon has not revealed any more details, such as when the store will open, whether there will be more of these locations, what its selection or pricing will be or what the brand name is. Several industry analysts believe Amazon’s move into grocery is designed primarily to feed the company’s hunger for consumer data, particularly the data generated by shoppers who aren’t members of its Prime loyalty program.

Earlier this year, a Wall Street Journal report indicated that Amazon was planning to open dozens of its own grocery stores in several major U.S. cities that would not compete with Whole Foods stores, which it acquired in 2017. The report initially stated that a Los Angeles-based store would be open by the end of 2019, with leases for at least two other grocery locations signed and ready to open for early 2020.

But in October, the WSJ reported that Amazon had progressed to signing a dozen leases in the Los Angeles area alone, with locations near Chicago, Philadelphia, Seattle and Washington, D.C. expected to open as well. Many of the proposed locations are outside urban cores and are designed to cater to middle-income consumers, as Amazon increases its focus on building a physical presence that can find more ways to reach consumers.

“Amazon’s grocery ambitions are about more than selling peaches and milk, it’s about learning more about a cohort it doesn’t know a lot about now; the non-Prime member,” said Jon Reily, Head of Global Commerce Strategy at Publicis Sapient in commentary provided to Retail TouchPoints. “By moving out of its traditional swim lanes, Amazon stands to gain boatloads of valuable marketing data which will not only help its e-Commerce business, but its quickly growing advertising empire as well. It will take them a decade to get a return on the investment of opening and operating dozens if not hundreds of physical stores, but the data they will gain will be priceless and worth every penny.”

As Brick-And-Mortar Business Stagnates, Grocery Is Necessary For Amazon’s Growth

Amazon now has 16 Go stores, where customers can grab ready-to-eat food and grocery purchases. It also has four Amazon 4-star stores, which stock products rated 4-stars and above on the Amazon site, and 18 Amazon Books stores. But these stores still only represent a minuscule percentage of overall brick-and-mortar revenue for Amazon, with more than 95% still coming from Whole Foods.

Given that Amazon’s reported physical store revenue decreased 1.3% to $4.19 billion in Q3, the introduction of its own grocery label appears to be the e-Commerce giant’s way of establishing a new direction for its overall brick-and-mortar strategy.

After all, despite the Whole Foods acquisition, which totaled $13.7 billion and had many retailers and analysts alike predicting how it would disrupt the industry, Amazon is still a relatively small player in the $800 billion U.S. grocery market.

“We buy more food than anything else,” said Miya Knights, Head of Industry Insight, Eagle Eye Solutions Limited in an interview with Retail TouchPoints. “Amazon needs to build more substantial market share in grocery if it’s to sustain its quarterly double-digit growth. As well as getting into food, it also needs to understand how to run physical stores. That’s important in order to have end-to-end strategic visibility of all types of shopping journeys, offline as well as online, regardless of where they begin or end, so it can continue to sell us more of what we want in ways we most want to buy.”

Knights noted that the move is not without strategic risk, particularly since grocery is a competitive sector that relies more heavily on physical location and frequency than others.

“Amazon has to learn the merchant curation skills of ranging and merchandising with limited floorspace of its rivals,” Knights said. “With grocery retail’s razor-thin margins, it can’t afford to run such stores as loss leaders as it has with its Books and 4-star formats, just for the customer data and PR boost.” 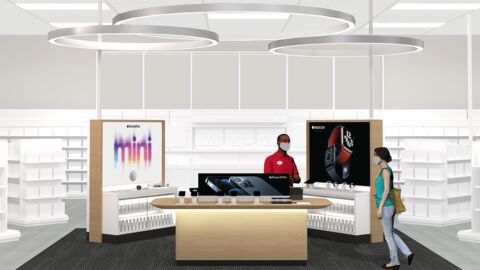 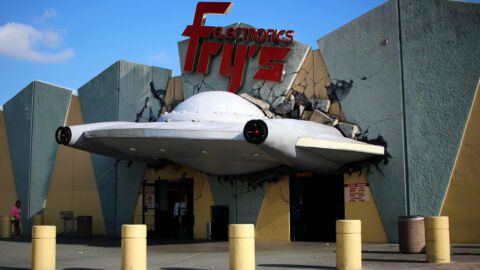