Bed Bath & Beyond Taps Target CMO As President And CEO

Bed Bath & Beyondhas appointed Mark Tritton as President and CEO, effective Nov. 4. He brings more than 30 years of experience to the role, most recently as EVP and Chief Merchandising Officer at Target, and succeeds interim CEO Mary Winston.

At Target, Tritton helped the retailer rebuilt its business model, including the launch of more than 30 private label brands in 2.5 years. The company also saw eight consecutive quarters of comparable sales increases, which was the retailer’s best performance in more than a decade.

Prior to his time at Target Tritton was EVP and President of Nordstrom‘s Product Group, where he oversaw merchandising, design, manufacturing, marketing and distribution of over 50 private label brands, which ultimately doubled the retailer’s private label business. Tritton also has served in leadership roles at Timberland and Nike.

“We are thrilled to announce a President and CEO with one of the most impressive resumes in the business,” said Patrick R. Gaston, Chairman of the Board at Bed Bath & Beyond in a statement. “Mark’s ability to redefine the retail experience and drive growth at some of the world’s most successful retailers and brands makes him uniquely equipped to lead Bed Bath & Beyond during this critical time in our evolution. As an integral contributor to Target’s impressive transformation, we will benefit from his vision, leadership and creativity to successfully transform our business.”

Tritton is taking over Bed Bath & Beyond at a tumultuous time for the retailer. His predecessor was ousted by activist investor pressure in May after they called for him to “be held accountable for the company’s prolonged poor performance and destruction of shareholder value.” Additionally, the Board of Directors was revamped in April, with both of the company’s original founders leaving and five independent board members joining.

These changes were sparked by persistently poor sales performances, which have led to a restructuring that included elimination of the COO role and a 7% reduction in corporate staff in July. Sales were down 7.3% in the retailer’s most recent quarter, and it plans to close as many as 60 stores by March 2020 as part of a right-sizing effort.

However, the company isn’t taking these troubles lying down. Tritton plans on accelerating Bed Bath & Beyond’s turnaround efforts, which will include improving the omnichannel experience, enhancing the merchandise assortment and reviewing the retailer’s cost structure. The company has also made efforts to modernize its offerings, such as by letting shoppers add experiences to their wedding registries and planning to refresh 160 stores. 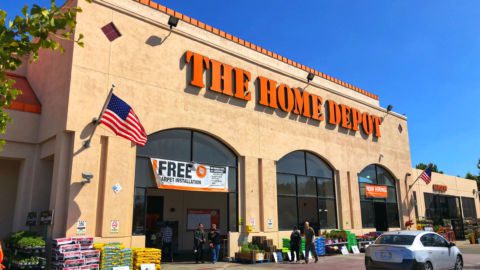