A transformation plan that will create dedicated leadership teams for Lord & Taylor in the U.S. and Hudson’s Bay in Canada also will cost 2,000 employees their jobs with the parent company, HBC. The new strategy is the result of a six-month operational review focused on identifying efficiencies in North American operations, and it is expected to generate more than $350 million in annual savings when fully implemented by the end of fiscal 2018.

While Hudson’s Bay was reported to be in preliminary talks to take over Macy’s in February 2017, it now appears the Canadian retailer is focused on improving its current assets rather than growing via acquisition.

Key elements of the transformation plan include:

• Creating separate leadership teams for the Canadian and U.S. chains. The Hudson’s Bay team will accelerate plans to build on its successful transformation in Canada, while the Lord & Taylor team will seek to drive digital opportunities while operating its stores more efficiently;

• Integrating digital functions throughout the organization to develop and maximize the impact of all-channel solutions for marketing, operations and technology;

• Realigning resources, including IT and Digital, Store Operations & Visual Merchandising, Buying & Planning and Marketing to increase efficiencies and leverage scale, with “centers of excellence” designed to support banners while preserving differentiation among the businesses; and

In other news at HBC, Alison Coville has been named President of Hudson’s Bay and given end-to-end responsibility for its Canadian banners. Liz Rodbell continues in her role as President of Lord & Taylor and will be fully focused on leading that U.S. brand.

“Through bold, decisive actions we are creating a more agile organization that will align our cost base with the all-channel environment that we are operating in,” said HBC CEO Jerry Storch in a statement. “We are equipping our North American banners to make the right all-channel decisions, with the support of world-class centers of excellence. These changes will enable us to react faster to the ever-changing environment and evolving customer preferences to get ahead of industry developments.”

Hudson’s Bay is hardly alone in trying to adjust to the changes rocking department stores by eliminating jobs. For some retailers, such as American Apparel and The Limited, the cuts were the prelude to bankruptcies and store closings. For other retailers, such as Walmart, Target and Lowe’s, the layoffs appear to be part of shifting priorities as these companies seek to stay “lean” in fast-changing times.

Overall, though, the retail employment trend has been dismal: a recent NBC News report indicated that the industry has lost more than 100,000 workers since October 2016. Department stores have lost more jobs than coal mines, according to CNN Money. 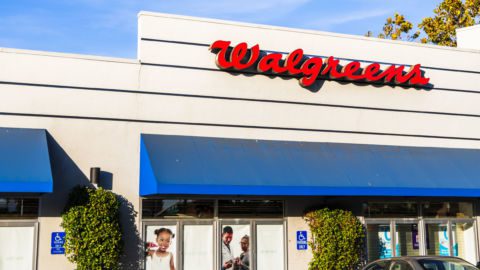