JCPenney will lay off 670 employees this summer as it plans to close and sell its Wauwatosa, Wisc. distribution center, according to the Milwaukee Business Journal. The retailer will shut down the two-million-square-foot warehouse on July 1 and close its customer care center on Sept. 1.

The retailer will give eligible associates separation benefits, including outplacement support and career training classes.

The move is designed to reduce the JCPenney supply chain network, which the company indicated in a statement “is oversized relative to its national store footprint.” The retailer has been shrinking that footprint as it looks to rebound from years of declining sales and profits, closing nearly 140 stores in 2017 with plans to shutter eight more in 2018.

The eight store closures are estimated to result in approximately 480 more job cuts. Operations at those locations should be completely wound down by May, according to CNBC.

The job cuts resulting from both the DC and store closures are certainly bad news in the short term, but they are probably a necessary step in JCPenney’s attempted turnaround. Retail sales losses at department stores are expected to slow to 1.3% in 2018, but getting to that point is going to require more strategic handling of store inventory and supply chain spending.

Macy’s is in a similar situation: the retailer announced 5,000 job cuts earlier this year and is closing seven more stores in 2018.

JCPenney will shift the responsibilities of the Wauwatosa distribution center to facilities in Lenexa, Kan., and Columbus, Ohio.

Although JCPenney is cutting down its footprint, it is betting big on its well-performing beauty department, pouring more resources into its makeup and hair services. Earlier this week, the retailer announced it would be hiring 6,500 stylists for its hair salons across the country, which are branded as “The Salon by InStyle.” 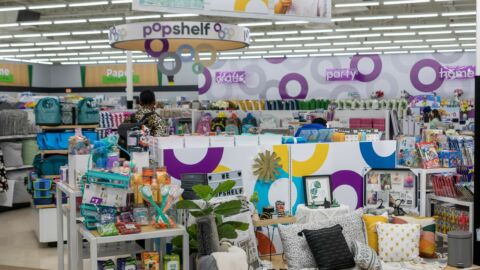