Staples has called off its long-planned $6.3 billion merger with Office Depot, after U.S. District Court judge Emmet Sullivan granted the Federal Trade Commission’s injunction request blocking the combination on May 10.

Despite expressing disappointment with the court’s decision, Staples has no plans to pursue the merger any further. The two retailers have been trying to link up since February 2015.

Staples, which now must pay Office Depot a $250 million termination fee, plans to take a number of strategic actions to improve its competitive position, including:

• Increasing its offerings beyond office supplies, while pursuing market share gains in core categories such as ink, toner and paper;

• Focusing on mid-market customers (those with 10 to 200 employees) with products and services; and

• Investing in lower prices and improved supply chain capabilities as it adds more than 1,000 associates to its mid-market sales force.

“We are extremely disappointed that the FTC’s request for preliminary injunction was granted despite the fact that it failed to define the relevant market correctly, and fell woefully short of proving its case,” said Ron Sargent, Staples’ chairman and CEO in a statement. “We believe that it is in the best interest of our shareholders, customers and associates to forego appealing this decision, terminate the merger agreement, and move on with our strategic plan to drive shareholder value.”

Amazon Clout Not Enough Of A Factor

During the court hearing, Staples and Office Depot attempted to prove that Amazon’s market position represented a major competitive force in the office supplies category. But Prentis Wilson, Vice President of the Amazon Business office supplies unit, testified in March 2016 that this segment of the e-Commerce giant had no large corporate customers, didn’t stock shelves and often did not bid for customers’ business.

While it was significant that Judge Sullivan asked for the Amazon executive to testify in person rather than by video as originally planned, apparently his testimony was not enough to convince the court that the competitive threat from Amazon was significant enough to justify uniting the two brick-and-mortar companies into a single entity.

The merger’s failure also means Staples will terminate its agreement to sell more than $550 million in large corporate contract business to Essendant. This planned sale was meant to “slim down” the clout of what would have been the combined Staples-Office Depot company. Shares of both retailers fell in after-hours trading when the judge’s decision was announced. 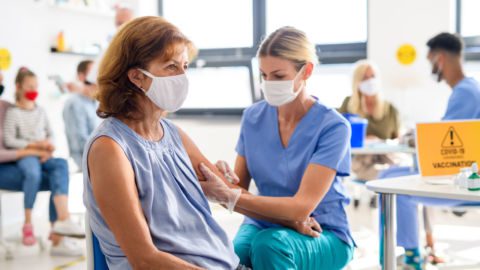