When Walmart first announced it was acquiring Jet.com last summer, the retail giant made it very clear that it was gunning for Amazon’s position as the e-Commerce leader. The desire to take on the pure-play pacesetter was particularly sharp after Walmart suffered five straight quarters of digital sales declines. Thus far, the move has been an astounding success for Walmart, which saw yet another stellar quarter from the digital side: e-Commerce sales jumped 63% while gross merchandise volume grew 69%.

Walmart has fortified its e-Commerce business over the past year with various acquisitions designed to diversify overall assortment, all while gaining category expertise in higher-margin categories such as shoes and apparel. The acquisitions include brands such as Moosejaw, ModCloth, ShoeBuy and reportedly Bonobos.

Walmart.com has increased its merchandise availability, from 10 million first- and third-party items to 50 million items within the past year, according to a company statement. In Q1, Walmart’s total sales and comparable sales both increased 1.4%, with the former jumping to $117.5 billion.

Lidl Has Walmart On Edge Despite Strong Grocery Performance

On the brick-and-mortar side, Walmart reported that its U.S. grocery business continued to improve, with food categories delivering the strongest quarterly comparable sales performance in more than three years, due in part to a lack of market deflation in food.

But competition within the grocery business is about to intensify, with the German chain Lidl opening its first 20 U.S. stores starting June 15. While there is already an ongoing “price war” in numerous retail categories as Amazon and Walmart jockey for advantage, Lidl appears to be planning to set its own pricing standard within grocery.

Aldi has already raised the stakes for grocery pricing, with its CEO Jason Hart saying that its stores’ products on average are 21% cheaper than its lowest-priced rivals, including Walmart. But Lidl is threatening to accelerate this race to the bottom, saying its products will be priced up to 50% cheaper than its competitors’.

Lidl has the advantage of operating as a no-frills brand, allocating minimal budgets for store investments and labor. Additionally, the brand limits the assortment of products it offers, focusing on private label and locally sourced goods to create a more efficient supply chain. 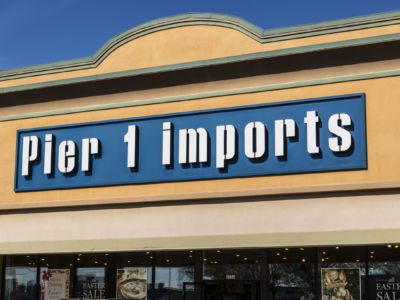