Walmart Continues E-Commerce Upsurge In Q2, But The Store Is The True Winner

For the second straight quarter, Walmart’s continued investments in e-Commerce are proving to be a rousing success, with Q2 U.S. online sales jumping 60% and gross merchandise value (GMV) increasing 67%.

Walmart hasn’t pulled any punches in its fight against e-Commerce leader Amazon. Since purchasing Jet.com in August 2016, Walmart has acquired several online-first brands with niche audiences, including Moosejaw, ModCloth, ShoeBuy and Bonobos. The retail giant recently has been rumored to be interested in Birchbox as well, with the subscription brand reportedly seeking out a buyer.

Despite its e-Commerce achievements, Walmart’s biggest success story may still be the store, which saw traffic grow 1.3% in Q2. Even as it has expanded both its online assortment and brand portfolio, Walmart has shrewdly invested in in-store services, including grocery curbside pickup, in-store order retrieval and in-store order pickup discounts. It’s worth noting that all three of these initiatives begin with an online order, showing that Walmart is very conscious of the need to link online and offline interactions and remove friction at all steps of the shopper journey.

“They’re approaching their existing consumer and providing them additional services to choose from, and they’re looking to acquire a new customer base,” said Natalie Kotlyar, Leader of the Consumer Business practice at BDO, in an interview with Retail TouchPoints. “They want to reach out to that younger, trendier audience that are more apt to shop anywhere.”

And while Walmart doesn’t break out its grocery numbers, the retailer said it had its strongest quarterly growth rate in five years. This is a very positive sign in the wake of competitive pricing pressure from all sides, which now includes the expansion of Aldi and the recent market entrance by Lidl. Walmart revealed it would expand its own online grocery delivery service from 900 to 1,100 locations by the end of this year.

Not everything is rosy for Walmart, particularly when it comes to generating profit margins. Gross margins fell slightly from 26% to 25% due to the company’s more aggressive promotions, which tie into its ongoing price competition with Amazon. But the constant spending on operational and customer-facing improvements show that Walmart is willing to sacrifice short term profits to win shoppers — a very Amazon-like way of operating.

“It seems like it’s going to be an Amazon-Walmart feud going forward with some of the other retailers sitting on the sidelines, with many being hurt by it,” Kotlyar said. “Going into the back-to-school and holiday seasons, we’re going to see promotions, we’re going to see discounts where Amazon and Walmart are looking to target that consumer. It will be interesting to see how it affects Target and many of the other competitors out there.” 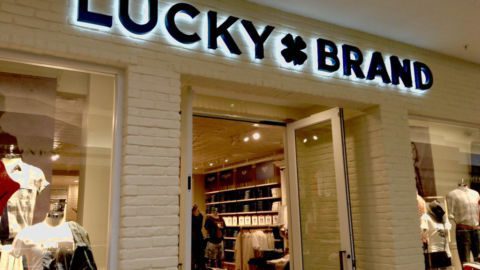 Lucky Brand To Exit Bankruptcy With $191.6 Million Sale To SPARC 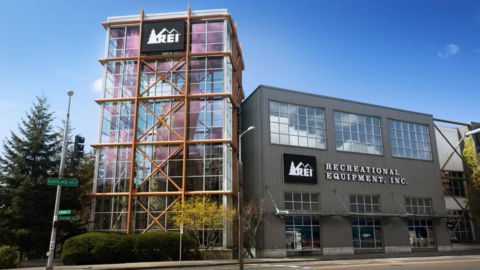