Walmart is literally doubling down on its growth efforts in China, revealing plans to open 500 new stores in the country over the next five to seven years, bringing its total to approximately 1,000. The retailer also will remodel more than 200 stores in China over the next few years, adding features such as self-service cash registers that allow customers to pay using facial recognition.

The new stores will include a mix of different formats, including smaller community-driven stores, supermarkets and depot warehouses for online shoppers. The smaller community-based format — serving 30,000 to 40,000 residents within a radius of 500 meters — has seen a 20% revenue growth between Q1 and Q3 2019, according to James Ku, SVP of Realty, Walmart China.

Walmart is looking to gain a stronger foothold in a growing market. China will overtake the U.S. to become the world’s largest grocery market by 2023, with online sales alone more than quadrupling to $205 billion, according to IGD Asia. The company has seen significant success thus far, with China sales growing 6.3% in Q3, compared to 2.5% growth worldwide.

As more “new retail” concepts such as Alibaba’s Freshippo and JD.com’s 7-Fresh blur the lines between in-store and online shopping capabilities, Walmart sees a further opportunity — tapping into the Chinese consumer’s growing appetite for fresh groceries, purchased either in-store or online.

The investments in China, particularly recently, have been large. In August 2018, Walmart partnered with JD.com to invest $500 million in Dada-JD Daojia, a Chinese grocery delivery company with a service network that includes 200 Walmart stores in 30 cities. Additionally, Walmart has opened a small-format, high-tech supermarket in Shenzhen that lets shoppers pay with their smartphones using the WeChat app.

In July, the retail giant revealed it would invest $1.2 billion to build or upgrade more than 10 logistics distribution centers in China over the next 10 to 20 years. The investment will support the South China Fresh Food Distribution Center, a perishable food distribution center that serves more than 100 Walmart stores in Guangdong and Guangxi provinces.

Walmart’s partnership with JD.com has been a big key to its success in China, especially given the dominance of Alibaba in this market. JD.com hosts Walmart’s groceries and other various products on its own online shopping platform. In return, more than 100 of Walmart’s roughly 440 stores in China double as warehouses for JD.com. 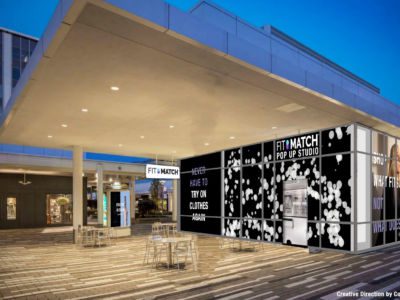