Z Gallerie, a Los Angeles-based home décor retailer, has filed for Chapter 11 bankruptcy. As part of its restructuring, the retailer will close 17 of its 76 stores.

The company expects the Chapter 11 process to last approximately four months. In the bankruptcy filing, the retailer emphasized the need for a fast sale or a debt-for-equity swap to avoid liquidation:

“Convincing third parties of the turnaround story in a short period of time — and convincing them to work with the debtors towards the value maximizing outcome preferred by the debtors — will determine whether Z Gallerie survives,” Interim Chief Executive Officer Mark Weinsten wrote in the bankruptcy filing.

Z Gallerie has access to $28 million in debtor-in-possession (DIP) financing from its secured lender, KeyBank National Association. The financing, which needs court approval, provides up to $8 million in incremental liquidity. Combined with its cash from operations, the financing is expected to provide enough liquidity for the company to maintain normal operations while it restructures.

As of now, all Z Gallerie stores that aren’t being shuttered will continue to operate on normal schedules, and the e-Commerce site will remain open for business.

The company blames the filing on self-imposed problems, including a failure to invest enough in e-Commerce, the addition of a costly distribution center and an expansion that didn’t meet performance targets, according to Bloomberg.

While Z Gallerie reported approximately $138 million of outstanding debt-funded obligations, it had a cash balance of less than $2 million.

This would be the second bankruptcy filing for Z Gallerie. The retailer previously filed for Chapter 11 in April 2009 and emerged later that year after closing 25 stores. 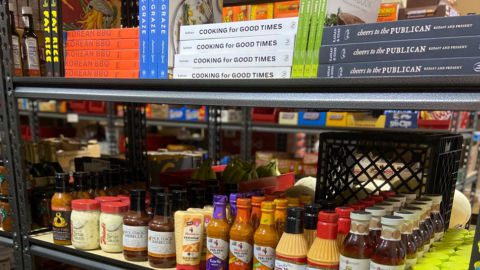