Best Buy CEO at CES 2021: ‘Agnostically Meet the Customer Wherever They Are’

Delivering a virtual keynote address at CES 2021, Best Buy CEO Corie Barry provided details on how the tech retailer adapted during the pandemic with Alan Murray, CEO, Fortune Media Corp. Barrie discussed the retailer’s pivot to retailing at curbside, shifting product demand and the importance of diversity and inclusion.

As many other retailers were, Best Buy was faced with challenges in terms of product shortages as it faced increased demand for categories that addressed consumers’ shifting needs. Gear (especially webcams) to facilitate working, learning, entertaining and cooking at home were tough to keep in stock. At the same time as it moved to curbside, Best Buy scaled back on inventory while the world remained uncertain. But as stores opened back up in June 2020, the retailer saw business ramp up to levels never seen before.

While ecommerce accelerated and played a vital role for its business, the hybrid store model rose in significance as well. “Even as our online sales ramped — as of Q3, they were [up by approximately] 175% — 40% of those sales were still being picked up either in our stores or curbside,” Barry said. “There was this real demand to be able to come to the store to get this item when I wanted it, where I wanted it, as fast as I wanted it. We had an investor day just over a year ago, and one of the things we said is we assumed this digital penetration was going to increase, and therefore we needed to double down on our fulfillment mechanisms. And importantly, we needed to put the customer in control.

“We thought it might take three to five years to penetrate [as highly as we did], but it happened overnight,” Barry added. “One of the greatest things [for Best Buy] was all of the supply chain investments we’ve been putting in for four years; we flexed all of those up to meet that large-scale demand. But what we also did is we put the customer in control. Whether the customer wanted it on their couch, whether they wanted it curbside, whether they wanted it at the counter — that needs to not matter to us. We need to agnostically meet that customer wherever they are — and I think that’s going to be the future of retailing.”

For many businesses, the pandemic caused risk aversion to evaporate, creating a very innovative (but also challenging) period. It forced companies, even large-scale retailers like Best Buy, to iterate better. “Not only did we launch new ways of working, we had an incredible feedback loop with our stores and an incredible feedback loop with our customers,” said Barry. “As we heard how they wanted to interact with us, then we would change and move again. That part I give our teams more credit for than anything — this idea that it wasn’t just ‘you launch something,’ you actually kept working at it.”

The Role of the Physical Store

The role of the physical store continues to shift, and Barry believes it will be broader than it’s ever been, playing a massive role in fulfillment. “You’re going to need to enable the store to quickly and easily get that customer whatever they need in whatever time frame they want it,” she said. “This idea of stores as fulfillment epicenters is really important, but they also have a real experiential need to fill. In our case, we definitely noticed, as soon as we opened our stores back up, the places where [customers] gravitated were those more complex sales. They wanted to have that interaction. So when they came to the store, they had high expectations for what that interaction and consultation would look like. Finally, in our case, the store plays a very important role in support and help.”

Best Buy has maintained a reputation of purpose-driven leadership that was put to the test meeting the challenges of 2020, but the company’s strong sense of purpose provided clarity in a time of crisis, with company executives regularly discussing the meeting of the business’ purpose with social and personal purpose. “The clearer you are about the intersection of those things, the more quickly you can make decisions,” Barry said. For example, the drive to keep people safe led Best Buy to its curbside model.

The company set three principles at the beginning of the pandemic: to keep employees and customers safe, to protect the employee experience as much as possible for as long as possible, and to come out of this not just as a vital company, but as a vibrant one. “In all decisions we were trying to strike the balance between those things,” said Barry. “Make no mistake, we were anchoring hard on the financial decisions we needed to make to keep this company vital, but ultimately vibrant. But we also knew, based on what we’re hearing from customers, that if we took care of them today, in the moment, that would be very important for our brand over the longer term.”

The Black Lives Matter movement brought the importance of diversity and inclusion to the forefront, and they are core to Best Buy’s value system, Barry said. Reflecting on its communities (the retailer has nearly 1,000 stores across the country) and its teams was an imperative, she added, as well as addressing issues such as technology inequality. 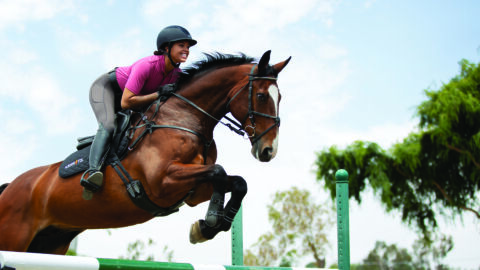 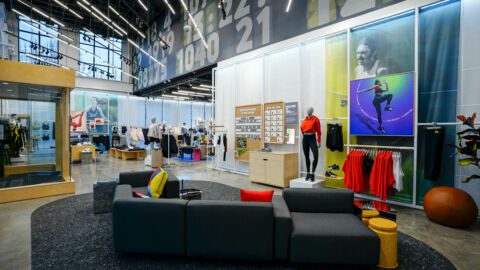