Birchbox is known primarily for its cosmetics and beauty products targeted toward women, but the subscription box retailer has made strides to bring its lesser-known offering, BirchboxMan, to a larger audience. In August, the retailer launched a $10 subscription box for BirchboxMan, including five personalized grooming samplessuch as anti-aging moisturizers, beard care supplies and hair styling essentials.

The company began selling monthly men’s boxes in 2012, priced at $20 and including a lifestyle item in each monthly box, such as stylish accessories and assorted gadgets. But Birchbox saw even more of an opportunity to reach men’s subscribers through an assortment solely focused on grooming.

Birchbox male subscribers actually spend more and convert faster from samples to full-size products, according to Christian Wallin, Director of Product at BirchboxMan:

In understanding the differences between the men’s and women’s markets, BirchboxMan underwent a rebranding over the past year designed to give the site a look, feel and voice that would be distinct from the flagship Birchbox business.

“This new subscription is our first step in the direction of moving toward efficiency and convenience,” Wallin said in an interview with Retail TouchPoints. “Up to this point we’ve largely been a discovery service. The grooming-only subscription starts allowing us to think more about what men need. I think that’s where the men’s and women’s markets are often a bit different. Men’s tends to be a little less about discovery, and you start to get into convenience and utility.”

BirchboxMan piloted the grooming-only box in late 2016 to select consumers, and after a positive reaction, the team decided to expand on the concept. The research discovered that there was nearly a 50/50 split between the type of consumers most excited with the $10 grooming-only box, and the $20 box that included the lifestyle product.

“The dynamics were a little bit different from what we’ve done this year,” Wallin said. “Essentially, we had a small group of people that came through and signed up for that test. It was an easy way for us to get the product out there and get feedback to inform what we ultimately released this year.”

To help the retailer curate the subscription boxes, shoppers can fill out an online “Grooming Profile” of approximately 15 questions to address specific grooming preferences and needs. These shoppers will receive samples personalized directly to their interests. In the end, the company hopes to get these shoppers to stop at the e-Commerce site as well, to start purchasing full-size versions of the samples in each box.

“For an emerging brand, it’s a unique opportunity because it’s so focused, and you essentially have shoppers who raise their hands and say, ‘I want to try things.’ From a qualified customer perspective, being able to sell on BirchboxMan is a great opportunity to not only get your name out there, but to get into the laps of people who want to try out what you’re selling.” 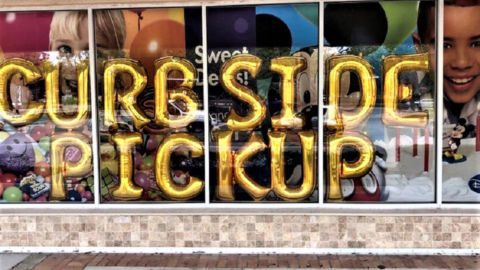