Businesses that don’t get much publicity, or can’t afford a major advertising campaign, often rely on word of mouth to drive more awareness for their brand. Kabrita is no exception. As a seller of goat milk formula for infants and toddlers, Kabrita sought to leverage feedback from parents to educate other parents on the benefits of a feeding product that very few consumers are informed about.

In January 2016, Kabrita partnered with online ratings and review platform provider Bazaarvoice to deploy its Conversations solution. Since incorporating the Bazaarvoice platform into its online reviews, Kabrita has:

“With our limited marketing budget, we knew we had to turn our reviews into content for social media and customer interactions and leverage them however much we could,” said Simona Irwin, Director of Sales at Kabrita. “One of the big things we did was include the reviews in our deck when we went to meetings with retail buyers. When one supermarket representative was researching our company, she could see all our reviews online. They just recently listed us nationally in all of their brands and stores.”

To display these reviews to a wide audience, Kabrita publishes them on its web site and syndicates them to retailers that sell Kabrita products.

“Our products are on Target.com and Costco.com now with the bigger formula companies,” Irwin said in an interview with Retail TouchPoints. “Before we had the ratings and reviews in place, we may have had one review on those sites, but even if it was a good review, we didn’t stand out. Once we started the program and got a critical mass of reviews, those were syndicated and now we have managed to get as many five-star reviews as other big players that have been in the market for many years.”

In its campaign to expand the company’s reach, Kabrita had to first persuade health-conscious moms of the benefits of packaged goat milk formulas, and also communicate the benefits of its own formulas in particular. Prior to partnering with Bazaarvoice, the seller received plenty of positive anecdotal feedback from customers, but it didn’t have a crowdsourced method in place to reveal parents’ exact thoughts about the product.

In addition to using Bazaarvoice Ratings and Reviews to enable customers to share their experiences, Kabrita uses the Questions and Answers component of Bazaarvoice Conversations to answer shopper questions. Inquiries can include specific problems or experiences they had with using cow’s milk formula, so that other consumers can view the answers to individual questions within the listed reviews,

“In the formula category, the number one reason a consumer changes formulas is because of feedback from friends and family,” Irwin stated. “The reviews almost acted in that way where a child might have had a symptom from cow milk sensitivity. Parents can go online to look and find our products, and then read through what other parents are saying, how they used the product and what issue they thought it solved for them. I think people trust that parent-to-parent voice, and are more suspicious when it’s coming from the company.”

The Bazaarvoice reviews extend beyond the Kabrita e-Commerce site, with consumer-generated content from ratings and Q&As also now deployed within banner ads, social media and product brochures, and in conversations with retail partners.

While the reviews for the Kabrita products are exclusively for products sold in the U.S., the purveyor’s parent company, Netherlands-based Ausnutria Hyproca, plans on expanding the Bazaarvoice partnership to its international base. 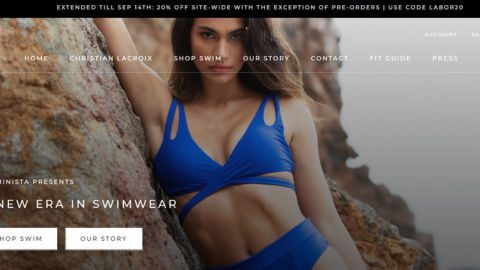 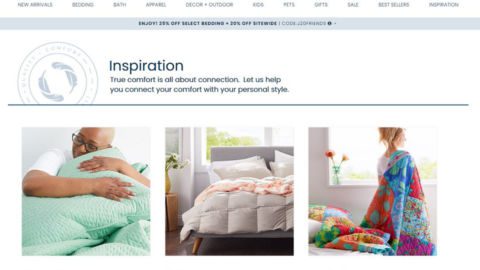