In 1902, Reverend Edgar Helms began collecting used goods that were being discarded in wealthy Boston neighborhoods and redistributing them to people in need. Helms quickly realized that by employing those same people to repair and resell the products, he could give them something much more valuable than a handout — he could give them a job. The rest, as they say, is history. 120 years on, the unambiguously named Goodwill remains a mainstay on the American retail scene, with an enviable 94% name recognition among U.S. consumers.

When one thinks of the centenarians of U.S. retail, Goodwill isn’t typically the first to come to mind. But lasting this long is no mean feat — just ask Macy’s, Barnes & Noble or Sears. Now, as it enters its 13th decade, Goodwill is not just surviving but thriving as it finds itself at the epicenter of several huge movements:

More than Just a Thrift Store

When most of us hear Goodwill we think of the thrift shop, but the nonprofit’s retail operation is only a means to its larger end. Goodwill is the tenth-largest charity in the U.S., with revenue of $6.4 billion in fiscal year 2019. The company’s mission today remains the same as back in 1902: “Helping people reach their potential through learning and work,” as Goodwill Industries International President and CEO Steve Preston puts it.

“Our brand has incredible name recognition, but very few people actually know what our mission is,” said Preston in an interview with Retail TouchPoints. “People’s experience with Goodwill is the store, not somebody helping people get their life together and advance in the workforce. We are undertaking a real effort to transform our brand so that when people hear Goodwill they connect with the fact that we are working to create opportunities for people in communities across the country and advance environmental sustainability — and the vehicle to do that is the stores.”

Preston’s experience and skillset are well-suited to this moment in the organization’s history. He led both the U.S. Small Business Administration and U.S. Department of Housing and Urban Development under President George W. Bush, and then served as CEO at two private equity-owned companies before joining Goodwill in January 2019.

With 3,300 stores across North America, 82% of people in the U.S. live within 10 miles of a Goodwill. Those locations are operated through a federated store model, essentially the nonprofit equivalent of a franchise system. Across the U.S. and Canada, 156 regional Goodwill affiliates each operate their own independent 501(c)(3)s with their own Boards and assets. These local operations then pay a membership fee to the umbrella Goodwill Industries organization.

Each regional group is given a fair amount of autonomy to adapt to the needs of local communities, and that independence has been key to the organization’s ability to evolve and adapt over the last 120 years, said Preston. “Over the years, what Goodwill does has changed, and that local sensitivity allows for the flexibility to adapt based on changes in the marketplace,” he noted.

For example, Goodwill’s ecommerce auction site ShopGoodwill.com actually began as a local initiative by Goodwill of Orange County in 1999. Now the site features goods from 129 Goodwill stores across the country, and last year it surpassed $1 billion in cumulative sales, half of which was earned in the last three years alone.

More than 90% of an item’s final sale price on the site goes back to the local organization where the product originated, and that is par for the course for how the overall organization operates. The majority of the funding Goodwill operators raise through retail, as well as through donations and grants, stays local.

“Each of these organizations have deep, embedded relationships in their communities,” Preston said. “It’s really important to have that accountability and that local sensitivity, especially on the workforce development side, because we’re training people and placing them at local employers.

“It’s three models in one,” he added. “It’s a local model that’s embedded in communities; it’s a group of partners that collaborate and share information and support each other; and it’s a unified network that allows us to get the benefit of the whole while retaining the sensitivity of those other two pieces.”

Another key to Goodwill’s durability is that there has been — and still is — a need for its job training and placement services. The organization operates 650 job centers across the U.S. that serve 1.5 million people a year, and another 24 million are reached through online training and development. In 2019, one out of every 275 Americans was placed in a job with the help of Goodwill. Additionally, Goodwill itself employs more than 122,000 people, many of whom would have difficulty finding work elsewhere, such as people coming out of incarceration and people with developmental disabilities or educational challenges.

The need for Goodwill’s services may in fact be greater now than at any other time in recent memory as the country claws its way back from the highest unemployment levels seen since the Great Depression. This workforce crisis, prompted by the COVID pandemic, is being compounded by a hastening of digitization and automation efforts that are leaving many low-wage employees out of work, in part because they lack the skills needed for new types of jobs.

“We were on a trajectory over the next 10 or 15 years anyway for a big transition in the labor force, but COVID accelerated that,” said Preston. “We’re very concerned about the fact that many professions are going to be shrinking, and the ones that are going to be growing require a higher level of skills.”

In fact, the McKinsey Global Institute estimated that because of the pandemic, up to 25% more workers than previously estimated may need to switch occupations in the coming years, with retail forecast to be one of areas with the highest disruption.

Riding the Wave of Conscious Consumerism

Goodwill’s ongoing efforts to address these workforce problems are bolstered by the strength of its retail operation. Much like the off-price segment, Goodwill’s brick-and-mortar business wasn’t hit as hard as other retailers by the combined ecommerce boom/economic downturn, thanks to low price points and each location’s unique inventory. It also helps that resale is gaining cachet, particularly among younger consumers.

“We’re beginning to see our category resonate with younger shoppers much more because of the commitment to sustainability and the desire to find creative outlets, that treasure hunt kind of mentality,” said Preston. “We track across all age groups, but we have a huge opportunity right now to migrate younger.”

Preston plans to leverage this opportunity by beefing up Goodwill’s profile as one of the largest channels for sustainable resale in the country. In 2019 alone, local Goodwills diverted 4.6 billion pounds of usable goods from landfills.

Preston also sees the potential for the organization to play an even bigger role than it already does in the circular economy: “I think we will become a bigger and more robust player, not only by leaning into the trends today but by being innovative on the recycling side. We think down the road we can become the collection point for recycling clothes that are not resalable.”

‘The Need for Goodwill is Growing’

For the moment, however, Preston’s job is to take the momentum from these wider consumer trends and use it to fuel the company’s larger mission. With a year at the helm under his belt, Preston was preparing to launch his new strategy for the organization when COVID hit in early 2020. Despite declines in funding, the Goodwill Board decided to double down on its plans rather than scale back.

“We went to our Board and said ‘The need is bigger, the importance of Goodwill is growing and we need to actually have a bigger vision for our future,’” he recounted. “The focus is on building greater capacity throughout our network to help people prepare for and be successful in competing for jobs that are good, sustainable jobs for the future. [COVID] has absolutely shaped my tenure. It’s gotten me and my team and our whole network to think bigger, because the need is greater.”

Those efforts received a big boost in December 2020 when MacKenzie Scott, novelist and former wife of Amazon founder Jeff Bezos, made a $20 million donation to Goodwill, the largest ever in the organization’s history. “It was remarkable timing for us, because we had just approved the strategy,” Preston said. “[That funding] gave us the fuel to accelerate. If we hadn’t gotten that gift, it would have been much more difficult.”

A National Vision, with a Local Focus

In May 2021, Goodwill launched the Rising Together coalition in partnership with the Anthem Foundation, Google, Coursera, Indeed and Lyft, among others, with the goal of empowering 1 million people to access sustainable careers by 2025. Through a series of workforce services and supports, as well as the expansion of programs aimed at addressing inequities and systemic barriers facing workers, the members of the coalition hope to address the widening skills gap and negate the impact of the recent economic downturn.

Rising Together is just one piece of Preston’s vision for the future of the company, which also includes:

“The Rising Together initiative is very much reflective of the fact that we are open for business with national partners,”said Preston. “We believe now with this new strategy, we’re able to work with those national partners in a way that gives them much broader coverage and a much bigger impact to support their own missions.”

Preston also plans to start building larger partnerships on the retail side of the business. “I’m hoping you’ll increasingly see things like major partnerships to expand our donations,” he said. “Periodically we’ll talk with other retailers that are looking to move inventory, and we can be a recipient of that.”

Goodwill certainly seems well-placed to deliver on Preston’s vision, and one of the most visible arenas of that will be at retail.

“The trends that are in place today are trends that we should be leaning into, because they’re very favorable to our industry,” he said. “We want [our retail customers] to connect with the great things that their donations do. Those donations pay for job classes and for career coaches and for technology to support people. We have a huge opportunity if we can transform people’s understanding of the brand, to improve their connection with Goodwill, and that’s what we want. We not only want them donating and shopping in our stores, we want them committed to sustainability and to helping people in their communities advance their lives. It allows us to bring more people into that big mission.” 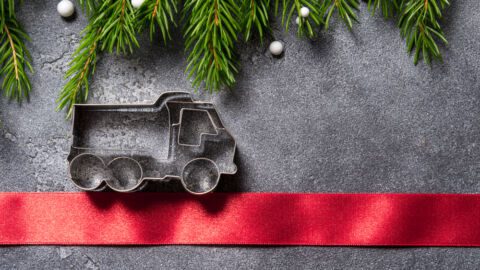 Holiday 2021 Predictions: The Costs of Labor Shortages and Logistical Headaches 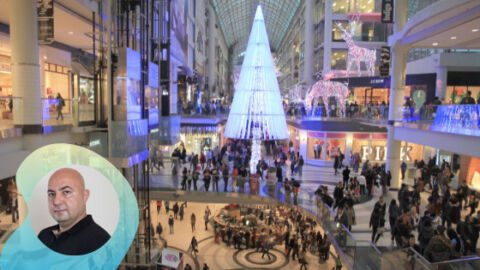 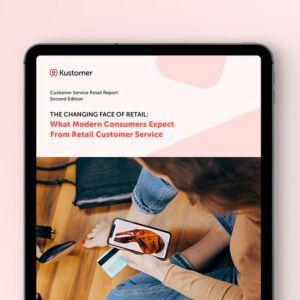