The biggest name in toy trains now has its e-Commerce operations running on the same track as the rest of its business. Lionel’s switch to an e-Commerce platform equipped with pre-sale functionality and better integration with its back office systems earlier this year has resulted in a 12% year-over-year sales boost, plus an improved user experience for both customers and Lionel’s line of business executives.

Lionel chose the NetSuite SuiteCommerce platform in mid-2014 and worked with systems integrator SixRed to first upgrade its Lionel Racing site. This part of the project began in October 2014, and the IT team completed it in time for the 2015 NASCAR season’s start in February. The retailer then tackled the Lionel Trains site, which went live in May 2015.

One of Lionel’s prime motivations for moving to NetSuite was the desire to better align e-Commerce operations with its inventory, sales and financial systems. “NetSuite was already the ERP system of record for Lionel, but the previous e-Commerce platform was not well integrated with it,” said Rick Gemereth, VP of Information Technology and Operations at Lionel in an interview with Retail TouchPoints. “That meant revenue transactions were happening on a different platform, so we had to port them back to NetSuite. There was also a lot of effort aligning inventory with sales transactions and returns. It became a real challenge to keep the data flow in sync, which it absolutely had to be for our business.”

The SuiteCommerce solution also provided a key piece of functionality for the Lionel Racing division, which sells exact models of winning NASCAR cars after each race during the season. “There’s a photographer at the race to take a picture right after the win, so if there’s a dent in the left corner panel or a tire mark, that’s captured in the replica we make,” said Gemereth. “If a favorite NASCAR driver wins the race, a lot of fans want a version of the exact car that he won with.”

Lionel pre-sells these winning cars, which can take as long as 90 days to manufacture and ship. While customers can (and do) place their pre-orders right after a race is over, their credit cards are not charged until the item is delivered.

Lionel Racing makes a significant portion of its revenue from these pre-sales, particularly if the winner is a popular driver like Kevin Harvick or Dale Earnhardt Jr. With the previous e-Commerce solution, “we had to use work-arounds to ‘fool’ the platform into pre-selling items,” said Gemereth. “It wasn’t easy, and it wasn’t pretty.”

The improved site has contributed to a 12% year-over-year sales increase for Lionel Racing in 2015. The improvement would have been even more dramatic if more popular NASCAR drivers had won a greater number of races this season, since a driver’s popularity is a strong correlator with sales of their winning cars, according to Gemereth.

For the train division, the impact of the upgraded site is “yet to be told,” said Gemereth. That’s because, even more than it is for other retailers, the holiday season is prime sales time for Lionel Trains’ products. In 2014, 60% of the Lionel Trains division’s annual sales occurred during Q4.

Lionel Trains’ new e-Commerce platform will improve the holiday shopping experience by creating a more engaging experience for shoppers. For example, the new platform allows for greater use of video, rich media and other interactive elements on the web site. The NetSuite solution provides self-service functionality that allows customers to track order and pre-order status, manage their accounts and view purchase histories. In addition, both customers and staff can now access live data including customer, order and inventory status across all channels. The solution also encompasses mobile commerce, providing optimized user experiences on devices including smartphones and tablets.

Internally at Lionel, the e-Commerce platform is now “built in such a way that it puts a lot of control in the hands of marketing and other internal users, so IT isn’t the bottleneck,” said Gemereth. “They can manage promotions, discounts, and other functions without needing to come back to the IT team. That expanded ease of use was a great advance for us.” 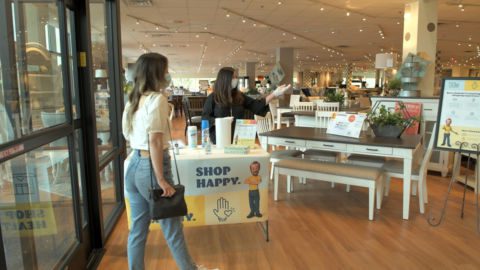