#RIC18: How 1-800-Flowers Stays One Step Ahead Of Disruptive Technology

Three decades ago, the company now called 1-800-Flowers.com Inc. was a small array of florist shops in New York City and Long Island. That was before the purchase of a telemarketing business called 800-Flowers. “By creating a brand around a phone number, we disrupted the floral industry,” said Chris McCann, 1-800-Flowers President and CEO, at the 2018 Retail Innovation Conference session, Reinventing The Customer Experience. “We realized then that if we had that ability, then another technology could come along and somebody could do that to us.”

To make sure a newer technology would not have the chance to disrupt 1-800-Flowers’ business, management instilled a culture of exploring, testing and deploying new technologies. “We established a process we call ELAC,” McCann explained. “It stands for engage early when a technology is emerging, learn along with the consumer, adapt those learnings and innovate with new products, and bring it to a stage of commercialization.”

Following ELAC principles, 1-800-Flowers leaped into new trends while many other companies waited to see if they had staying power. In the online world, “we experimented with a whole bunch of interactive technologies in the early 1990s,” McCann remembered. “We were the first company to sell a product of any kind on AOL in 1994, and we launched our first website on the Netscape platform in 1995. E-Commerce changed the world, as we now know, and we rode that wave of change.”

In the first decade of the 2000s, mobile began to emerge. 1-800-Flowers started experimenting with mobile before the recession of 2008-09, when the company was forced, for the first time, to cut costs. Mobile investments were on the chopping block, but McCann decided not to pull back.

“We became mobile-first in the way we think, and it’s been working very well,” McCann said. “More than half of our customers now come to us via mobile devices.”

Today, McCann sees the company culture gradually shifting from mobile-first to AI-first as it invests heavily in conversational commerce, which includes chat-type solutions as well as voice.

1-800-Flowers has been deploying these technologies since 2016, when it launched a shopping bot for Facebook Messenger, an Alexa skill for voice ordering on Amazon’s Echo and other Amazon devices, and a proprietary AI-powered gift concierge for mobile and desktop e-Commerce called GWYN (Gifts When You Need).

GWYN is based on the Fluid Expert Personal Shopper (XPS) software platform powered by IBM Watson, and it interacts with customers using natural language. In October 2017, 1-800-Flowers introduced a new feature for its mobile customers, allowing them to place orders through Google Assistant, and it rolled out Apple Business Chat in April.

“As we see companies putting so much focus in this area, we feel we made the right bet two years ago,” McCann commented.

Nonetheless, he is already looking ahead by forming a team focused on the possibilities of robotics.

As its alliance with IBM Watson shows, 1-800-Flowers often is willing to partner with technology companies in order to provide the best experience for its customers.

Monika Kochhar, CEO and founder of SmartGift, facilitated the discussion with McCann on the RIC stage. SmartGift provides 1-800-Flowers with a platform to simplify complex gift-giving.

“This is a product we had been looking for, and we even tried to develop it ourselves,” McCann said of SmartGift, an e-gifting platform that puts the choice of the specific item and delivery place and time in the hands of the recipient.

McCann added that “another big thing for us is voice. As homes get smarter through voice interaction and voice control becomes more prevalent in cars, the scale is starting to tip.” Referring to the toll-free number that put 1-800-Flowers on the map, he observed, “It’s kind of back to the beginning for us.” 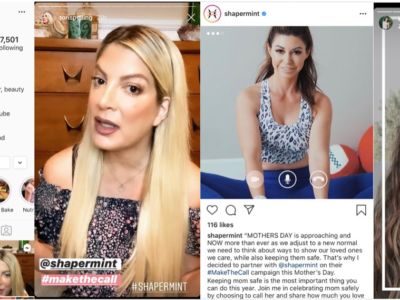 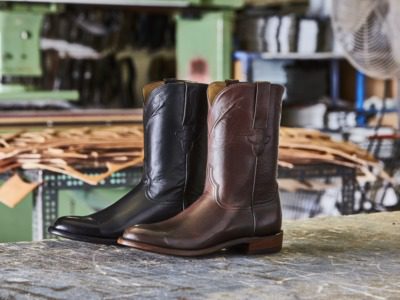