A video inspired by its star’s ability to effectively pack a carry-on bag that unexpectedly went viral has become the basis for a highly successful marketing program. Biaggi, an online-only foldable luggage company, has leveraged video marketing to a spark a 101% increase in revenue and a 135% increase in orders YOY.

In August 2016, Biaggi released a video, titled: How To Pack Over 100 Items Into A Carry On, designed to add value to the shopping experience by showing how to optimize luggage usage. In the month of the video’s release, sales increased $100,000 and Biaggi sold more ZipSak bags than at any other time.

Stephen Hersh, Founder and CEO of Biaggi, credits this video and its social presence for putting the brand over the edge. More than 150 media outlets and web sites covered the video, with Oprah Winfrey, Ashton Kutcher and Ellen DeGeneres sharing it on their social channels.

Biaggi shoots video for every product on its site and leverages the BigCommerce platform to upload a video to every product page. But the retailer actually discovered the inspiration behind the viral video accidentally.

“We need to have product video to show exactly what everything is, because you can’t necessarily see that from one image,” said Hersh in an interview with Retail TouchPoints. “We would shoot product demonstration video and we noticed that the actress we were using was very good at packing a lot of things into a small suitcase. In one take, we filmed a video of her packing 100 items in one of our carry-on bags. It was a complete afterthought, but we edited it and added some music to it, and we posted it on Facebook.”

The video ended up winning a Shorty Award, and has since generated 10 million views on Facebook and three million views on YouTube. With the video’s success, the retailer went back to the well to create a similar video, How to Pack Over 50 Outfits In a Tote Bag! using the same actress. While this video didn’t catch on as strongly as the previous one, the Biaggi team was able to create a more concrete video marketing strategy, whether for product videos or social media campaigns.

“The world today has ADD when it comes to viewing content,” Hersh said. “Any time we do anything like this, we just always remind ourselves that it’s not me or you looking at this video. In our mind, it’s a human being that literally has two seconds as they’re scrolling through their Facebook feed. We only have that much time to show what we want them to see. You have to hit it right away with something interesting, and it has to always include text overlay. You can never expect anyone to click inside of a video and watch it that way. They’re either going to click to your web site or they’re going to move on.”

The videos have been the backbone of Biaggi’s Facebook marketing strategy, which is now the company’s number one sales driver, according to Hersh. The social platform has even helped the retailer target consumers from its largest demographic.

“We look at the majority of our customer base — females over 40,” said Hersh. “We only go after that demographic in our targeting, because we’re looking at ROI and we want everyone who sees our video to be seen as a potential customer, at least in terms of age and gender. We knocked out everyone else. Say you have a billboard in the middle of Times Square and you’re paying millions of dollars per month for that, but 99.9% of people viewing that billboard are not even customers of yours. The beauty of social media and the ability to target a specific audience is that you can hit your top audience only.”

Additionally, Biaggi uses Facebook to target “lookalike” audiences. The retailer can load its email subscriber list to Facebook Ads Manager, to discover new potential customers who are similar to its current shoppers. 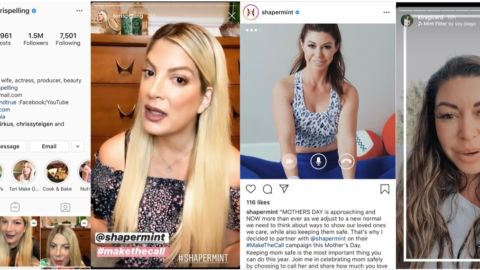 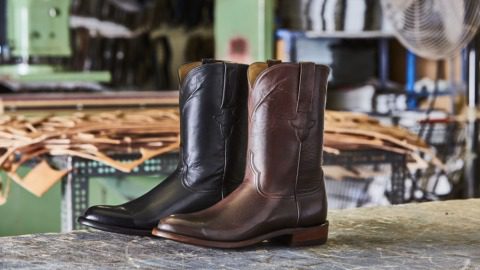