‘A Reckoning for the Advertising Industry’: The Death of Third-Party Tracking Opens New Opportunities for Retailers

A new era of advertising is taking shape. Driven by growing consumer concern over how their personal data is being collected and used, governments are enacting legislation, and tech companies are implementing platform changes, that will forever alter the relationship between consumers and advertisers.

“A profound — and abrupt — shift is coming for everyone who uses the internet,” according to a new report from McKinsey & Co conducted in partnership with the Interactive Advertising Bureau (IAB). “By 2022, regulations designed to protect consumer privacy and major technology companies will require users’ explicit permission to share and use data generated from digital interactions. The change will be a reckoning for the advertising industry.”

This change will have a seismic impact on retailers too, but not necessarily a negative one:

The EU set the stage for these changes in 2016 with its General Data Protection Regulation (GDPR), which laid out firm guidelines for the protection and sharing of consumer data. The U.S. is slowly following suit: California passed its own Consumer Privacy Act (CCPA) in 2018, and new national legislation was introduced in the U.S. House of Representatives earlier in March.

Arguably, however, Google’s pronouncement that it would not replace third-party cookies with any kind of alternate tracking ID when it stops supporting them on Chrome in 2022 has generated more frantic concern from marketers than these legislative and regulatory changes.

Combine this with the fact that Apple will make its Identifier for Advertisers (IDFA) — which does for apps what cookies do for websites — opt-in instead of opt-out with the iOS 14 update this September, and you have an advertising and marketing industry scrambling to find alternatives.

The Rise of First-Party Data

There appears to be one clear answer of where to start: first-party data.

One of the most important things companies can do to prepare for these changes is to optimize their first-party data channels, according to Orchid Richardson, SVP of the IAB’s Programmatic & Data Center. “Amass and leverage a first-party data set and ensure its ability to be mapped to other data sets for additional insights. Ensure it’s a compliant exchange that benefits both the audience/consumers and the brand/publisher,” she said in an interview with Retail TouchPoints.

Retailers have a leg up in this area because they have, for years, been collecting a treasure trove of first-party data, through loyalty programs, surveys, subscription services, POS systems, and more recently apps and ecommerce websites. The raw material is there, it’s just a matter of using it the right way.

“The ability to monetize data, in a safe, secure and privacy-enabled way, is probably one of the biggest challenges of this next decade for retail,” said Hilding Anderson, Head of Retail Strategy, North America at Publicis Sapient in an interview with Retail TouchPoints.

In fact, the phasing out of third-party tracking IDs like cookies can actually open up a new opportunity for retailers to claim a central role in the advertising ecosystem.

Many major retailers are doing just that with the creation of retail media networks. Advertising on Amazon has become ubiquitous (and by all accounts highly profitable for the company), and other players, including Target, Kroger, Walmart and Walgreens, are entering the mix by launching their own in-house advertising operations.

There’s another benefit to the wealth of first-party data retailers already have at their fingertips — the ability to create the kind of personalized experiences consumers now demand.

In a study from Liveclicker and Sailthru, 62% of respondents said it’s important that brands personalize their retail experience online and in-store. The key to collecting consumer data without turning customers off is transparency and a value exchange.

“Privacy is a weird animal, because there’s a lot of talk about it, these laws come out about it, but the consumer doesn’t care about it until it goes wrong, like what happened with Target,” said Tom Kaneshige, Chief Content Officer at the CMO Council in an interview with Retail TouchPoints. “If it doesn’t affect them personally, the younger generation is not so much concerned about privacy. They just want to make sure they get something out of it.”

As Sue Hogan, SVP of Research and Analytics at the IAB put it in a recent statement, publishers, media companies and retailers have to “reimagine reciprocity” in this new privacy-centric landscape.

“It’s all about a balance between good personalization and knowledge of your customer and [those customers’] very reasonable expectations around privacy,” said Anderson. “I think most customers are saying ‘I trust you as a brand, so I’ll allow you to use the data on your website, but not to follow me around the web and watch every Facebook post. There is a path forward here, but it’s one that has to be very respectful of privacy while still allowing some of the great experiences you can enable through personalization.”

The good news is that the opt-in action — whether it be signing up for a loyalty program, subscribing to an email list or logging into an app or website — gives retailers freer rein to then take the data they are gathering and use it to offer up personalized assortment selections, promotions and ads.

A Growing Reliance on ‘Walled Gardens’

Of course, first-party data won’t fully address the loss of tracking IDs for marketing activities at the top of the funnel, such as lead generation and awareness campaigns.

One likely outcome will be an increased reliance on the so-called “walled gardens” of Google, Amazon and Facebook, to name a few. These closed ecosystems keep the majority of their data locked inside. While many offer advertising options, the downside is that information on those ads is limited to what the platforms are willing to share. That makes marketers’ ability to attribute impact and spend beyond the “garden walls” nearly impossible.

That’s part of the reason why a number of recent lawsuits suggest that, despite being framed in the context of consumer advocacy, the intent behind Google and Apple’s upcoming platform changes isn’t completely altruistic. By removing other companies’ ability to track consumers across their ecosystems, Apple and Google’s own data and advertising solutions stand to become even more valuable.

“Google is trying to hide its true intentions behind a pretext of privacy,” said attorneys general from 14 U.S. states and Puerto Rico in an antitrust complaint filed earlier this month, as reported by MediaPost. “Google does not actually put a stop to user profiling or targeted advertising — it puts Google’s Chrome browser at the center of tracking and targeting.”

Some experts also suggest that these pre-emptive self-regulations are merely a means to head off what would likely be much more stringent restrictions if governments and regulatory agencies take the lead.

‘An Opportunity to Rebuild the Ad Industry’

No matter how the cookie crumbles, marketers and advertisers are in a tough spot, although Richardson sees it as an opportunity.

“This is about consumers wanting a clear understanding of why marketers need their data and holding those marketers accountable,” said Richardson. “We have an opportunity to rebuild our industry in a people-first and privacy-first way while conveying the value we bring.”

Major social media platforms already are taking a stab at conveying that value. Facebook has launched an ad campaign to convince consumers to opt into personalized ads; Twitter is running pop-ups at login with the same goal. Meanwhile, TikTok is bypassing persuasion: the platform just let its users know that opting out of personalized ads was no longer an option.

As all of this plays out, one thing is clear: retailers will hold a privileged position in the new privacy-centric era of the internet. Retailers and brands are, in fact, uniquely positioned to deliver on consumers’ dueling demands for both privacy and personalization in a way that paves the path for more meaningful and valuable customer relationships on both sides of the equation. 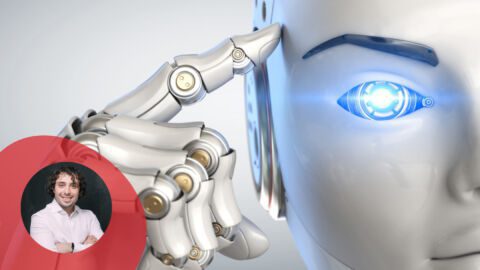 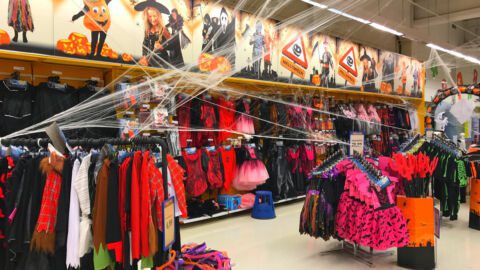