Can Cashierless Checkout Scale Up Without Breaking The Bank?

The rise of Amazon Go has put the spotlight on cashierless checkout technology over the past year, but retailers could face real dilemmas as they seek to implement and scale up these solutions. Consumers are intrigued by the technology and appreciate anything that removes friction from the in-store checkout process, but cashierless checkout has so far been largely limited to the convenience and grocery verticals. Additionally, the solutions’ current cost structure, as well as the overall disruption they bring to store operations, remain big challenges.

Before building out cashierless checkout strategies, retailers must first consider:

Cashierless checkout technologies today are delivered in two iterations. The first takes the form of a typical mobile self-checkout — a shopper scans products with a mobile device as they browse the aisles, then pays for the transaction via a mobile app without having to fumble through their wallet for cash.

Consumers are warming up to the concept, with 48% of U.S. consumers expressing the belief that scan-and-go technology would make shopping easier, and 43% saying they would rather try scan-and-go than wait in a checkout line, according to data from GPShopper.

The more recent iteration of cashierless has been heavily publicized with the openings of the first 10 Amazon Go stores. Most of the major players within this space have combined AI- and computer vision-based technology with in-store sensors. Shoppers walk into a store, generally scan a QR code upon entry, then pick up whatever products they want before leaving. Shoppers automatically get billed upon leaving the store, so they don’t even have interact with their phone to pay for what they buy.

Consumers seem more enthused about this largely device-free shopping experience than the self-scanning solutions. Up to 60% of global Internet users would prefer to shop at other retailers if they offered an “Amazon Go-like” experience, according to research from MuleSoft.

“We’re seeing a groundswell of investment in cashierless-type technologies — pretty much every major hardware, software, POS vendor that I saw at NRF had some variant,” said Jerry Sheldon, Retail Analyst at IHL Services in an interview with Retail TouchPoints. “Most of it was data-driven, proof-of-concept technology, so both retailers and vendors see it as more of an imperative to bring that technology to bear. Look at the influence Amazon Go had without actually physically being there [at the 2019 NRF Big Show]. In a year and a half, with the influence that Amazon has now had on the checkout experience — if you asked POS vendors privately, ‘Would you be working on this technology if it wasn’t for Amazon Go?’, they’d shyly respond, ‘No, we wouldn’t be,’ even if they wouldn’t admit it publicly.”

It’s true that a number of competitors have entered this field in a relatively short period of time. During 2018, Zippin, Standard Cognition and Inokyo each opened their own convenience stores in San Francisco to serve as real-world testing grounds for their technologies. The stores are open for limited hours and offer a range of lunch items, snacks and drinks. Tests have remained limited in scope because the efficiency of these technologies depends on their ability to capture data about the consumer’s whereabouts in the store, as well as identify the items that they pick up and take with them.

“The core technology is based on AI/deep learning, and that means the model needs a significant amount of data for it to learn how people look from above when they shop, and what exactly they’re doing,” said Krishna Motukuri, CEO and Co-Founder at Zippin in an interview with Retail TouchPoints. “We spent almost 12 months training and perfecting the models in our own lab before launch. Since we launched last year, we’ve had numerous instances of seven to eight shoppers congregating in a 150-square-foot space, so it’s very dense scenarios. But after testing, we’ve been able to identify every shopper.”

The increasing investments in cashierless solutions — even though only a few have progressed beyond trial mode —stem largely from consumer and retailer frustration with the traditional checkout experience. An earlier technology, stationary self-checkouts, tried to address this persistent problem, with mixed results.

It’s true that nearly 80% of retail decision-makers agree that staffed checkout areas are becoming less necessary due to new technologies that can automate checkout, according to the 2018 Zebra Global Shopper Study. Just over half (52%)of these decision makers are converting some of their traditional POS space to stationary self-checkout. But stationary self-checkout hasn’t totally eliminated purchasing friction, which is keeping the door open for more seamless options like cashierless checkout.

“Fundamentally, the grocery experience changed quite a bit with the introduction of scanners in the early 1990s, but it hasn’t changed or evolved beyond that,” said retail customer experience consultant Brandon Rael in an interview with Retail TouchPoints. “When you shop at a large chain, you still experience a lot of friction points, whether with a cashier or self-checkout. With self-checkout, you still often have to depend on a store associate to help with the items you’re working with. It’s not always as smooth as it seems on paper.”

Major retailers such as Kroger, Walmart and Albertsons have made their own attempts at developing and deploying cashierless technology. Kroger scaled its “Scan, Bag, Go” technology to 400 stores in 2018, while both Walmart and Albertsons are partnering with Microsoft to develop their own tech. (Kroger has its own partnership with Microsoft, which will integrate the Scan, Bag, Go feature with its EDGE Shelf technology.)

These retailers’ focus on cashierless technology is in line with consumers’ desire to avoid checkout lines at the supermarket: 50% of shoppers say they would like to use scan-and-go technologies for grocery shopping, well ahead of any other product category, according to GPShopper:

“Kroger’s taking a big step, but other chains should take a more conservative approach and a targeted strategy to a test market, especially with something this disruptive,” warned Rael. “New York City and other cities like that are excellent testing grounds for these kind of innovations. The customer is always looking for ways to expedite the checkout process. They have to target a very specific group of stores and test and measure the ROI, so that they can justify to floor directors or even shareholders where the value is in the solutions.”

One such New York City-based retailer, Fairway Market, deployed a cashierless checkout app of its own across its 19 stores, enabling shoppers to scan item barcodes or use product lookup for non-coded items such as produce. The app keeps a running total of purchases and also delivers appropriate product recommendations as well as information about coupons and store promotions. To pay for their purchases, customers scan a QR code displayed on the wall before leaving the store.

“The specific comment that stands out the most to me was from someone who loved the app but said ‘I miss saying hello and goodbye to the cashier, so can we go through the regular lane as well?’,” said Genine Fargnoli, EVP of Information Technology at Fairway Market in an interview with Retail TouchPoints. “They miss that connection, but with the app we felt it was a way to have the best of both worlds: convenience and connection.”

The biggest barrier that retailers need to consider when adopting cashierless checkout technologies is theft, especially since most retailers haven’t been trialing these solutions long enough to determine how they can efficiently prevent items from getting stolen.

Last year, Walmart abandoned its Scan & Go cashierless mobile checkout platform only four months after initially announcing it would expand the technology to 100 U.S. stores, with the retail giant citing “low participation” and the creation of new friction points.

But earlier this month, a former Walmart executive who had led Scan & Go told Business Insider that theft was a major reason why the company decided to end the project. “You think that the theft is bad on self-checkouts? Wait until you try Scan & Go, where nobody is watching the customers out in the aisles,” said Joel Larson, Walmart’s former head of checkout innovation. In one case, a customer tried to leave a Walmart store with a cart of approximately 100 items, only 40 of which he had scanned.

While this is only one retail executive’s story about one version of the technology, it does show that cashierless solutions will need to be monitored with a combination of anti-shrink technology and human supervision — particularly in a larger store environment.

The shrink issue is just one of the hidden costs of adding cashierless shopping options. “There’s operational changes that have to be made, there’s considerations you have to make in the payment space, and you have to be cognizant of the potential impact on shrink,” said Sheldon of IHL Services. “You’re probably still going to have some check-and-balance there where someone looks at the digital receipt, or some sort of assistance in bagging to help close out the sale process.”

Which Platforms Will Retailers Choose, And Where Will All The Cashiers Go?

In addition to security concerns, two other big challenges remain: the role of the cashier, and the ability to scale up the technology effectively and with costs that retailers can handle.

“If you roll this out across your entire chain, you’re disrupting the whole cashier model,” said Rael. “What do you do now with these resources that have been upended? Are store employees going to become brand ambassadors or product experts, or are they going to cut some of that staff as well with workforce reductions? That’s ultimately going to be an issue three to six years down the road.”

Sheldon admitted to being very bullish on cashierless checkout technology in all its forms, but also noted that the attempts to replicate the fully automated technologies will be pricey for most retailers, which could prevent them from scaling quickly. The original Amazon Go in downtown Seattle required more than $1 million in hardware alone, meaning many retailers would likely opt for partnerships with the third-party solution providers.

“On the Amazon Go end of the spectrum, the proof-of-concepts that I’ve seen range from very early in the development cycle to concepts which are only applicable on a small footprint approach and a lot of unknowns,” Sheldon said. “At the end of the day, your super Tier Ones are going to do their own thing because they have the money and the bandwidth to do so and they feel the need to get out in front of the technology, but I think it’s going to be cost-prohibitive for the vast majority of retailers to make the investment to develop their on technology. There’s plenty of opportunity out there for the AiFis and the Standard Cognitions of the world, rather than them feeling threatened by the Walmarts and Krogers developing their own systems.” 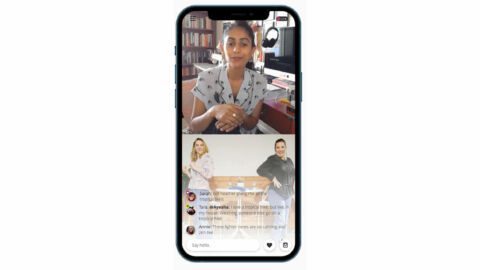 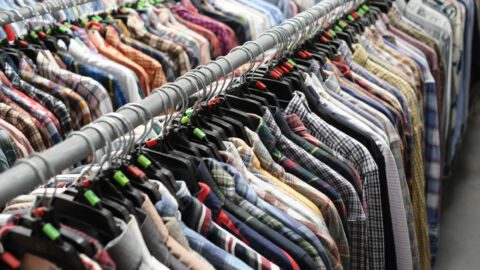