Can Department Stores Save Themselves In 2018?

With the 2017 holiday shopping season now in the rear-view mirror, 2018 represents a major “prove it” period for department stores. The sector has taken quarterly sales hits for several years, forcing major players to shutter hundreds of stores, but early holiday numbers indicate these retailers have harnessed some positive momentum.

Specialty apparel and department store retailers, which traditionally complete the majority of sales in-store, reported moderate gains during the holiday season, according to Mastercard, which called those gains impressive despite the number of recent store closings in 2017.

While post Q4 earnings reports are still a month away, CEOs Jeff Gennette of Macy’s and Kevin Mansell of Kohl’s already have shared positive comments about the holiday season, hinting that there might be light at the end of the tunnel for their challenged department store sector.

But a real department store turnaround will demand a lot of work, according to three industry analysts. In 2018, department stores including Macy’s, Kohl’s, Nordstrom, Dillard’s, JCPenney and Hudson’s Bay all must:

The Moody’s 2018 Retail Outlook predicts that sales losses at department stores will slow to 1.3% in 2018, while operating income losses also will taper off, to 2.7% (excluding chronically troubled Sears). And while the sector closed 5.5% of its stores in 2017, that number is anticipated to slim to 2.7% in 2018. But department stores remain under immense pressure, according to Moody’s, due to the need to reduce planned inventory to meet lower demand and weakened mall traffic, while addressing the new, digitally influenced shopper journey.

But by reducing planned inventory, department store retailers may sacrifice short-term gains while putting stress on suppliers whose orders may be slashed. Additionally, in order to present more relevant products to shoppers in a quicker turnaround timeframe, these retailers would need to update traditionally slower merchandising plans.

“A lot of these companies are now making in-season purchases [rather than purchasing far in advance] and they’re working with third-party supply chain companies that are nimbler to react to seasonal trends,” said Natalie Kotlyar, the Leader of BDO’s National Retail and Consumer Products Practice in an interview with Retail TouchPoints. “It’s about having the right merchandise in season, and that’s helping them keep inventory lower, while managing it more profitably. In the past, inventory was purchased and guarantees were made well in advance, but today, that strategy has not proven to work.”

By pivoting to in-season purchases, retailers also would take a step toward eliminating another headache: overreliance on heavy markdowns to get rid of excess inventory. Because of a dependence on markdowns, department stores have spiraled down a race-to-the-bottom, when they should instead be focusing on more relevant product selection, according to Paula Rosenblum, Managing Partner at Retail Systems Research (RSR).

“Obviously you have to stay competitive on price, but there is no other real explanation for the burst of business department stores had [during the holiday],” said Rosenblum in an interview with Retail TouchPoints. “I suspect part of it is that traffic has gone down to a point where stores are shoppable again. So instead of rushing in and then leaving, people actually stay and continue browsing. Raising the average ticket by an amount greater than the lost traffic is a win.”

“They [off-price stores] present the customer with newness, and an experience of a treasure hunt,” said Christina Boni, VP and Senior Analyst at Moody’s in an interview with Retail TouchPoints. “They present the customer with a catalyst to buy because the inventory churns so quickly. If you don’t buy it today, it won’t be there a few weeks from now. Department stores might not ever get to the point where off-price is in each of those categories, but it’s something they need to deliver on some level as part of the store experience.”

The New Era Of Loyalty Will Be Built On Big Data

As many consumers continue to look elsewhere to shop, department stores must rethink their loyalty strategies. This is one area where these retailers have some built-in advantages: their best customers are extremely loyal. Macy’s reported that 10% of its customers comprise 50% of its sales, while Nordstrom’s 10 million active loyalty program customers represent more than 50%.

In 2018 and beyond, loyalty programs must leverage real-time data to entice current customers to shop more often, while attracting new shoppers with benefits such as unique experiences and personalized deals.

“It really comes down to the basis that it’s not just about broad-brush loyalty anymore,” Boni said. “It’s knowing who you are, what you buy and why you buy it, and what drives your behavior to buy it. That’s where loyalty comes in, but it’s really about personalization, and using those marketing dollars wisely. If I give you a promotion of 40% off sporting goods but it’s clear from the data that you’ve never played a sport in your life, then that’s not really a good motivating promotion to drive that traffic. That’s why these companies are investing more in big data — their loyalty programs are a mine that they need to look at, so they can better communicate and market to that customer.”

But while data can help deliver more personalized experiences, the human element is still in play. Smart retailers will attract customers to their stores with unique experiences and events.

“I’ve felt for a long time that department stores really aren’t laid out the way people like to shop, and the dependence on brands doesn’t quite engender loyalty,” Rosenblum said. “I know one thing they must do is create a sense of community — involvement in activities that their core shoppers want. Macy’s has tried this with cooking demonstrations, etc.  I think that’s the least these stores can do.” 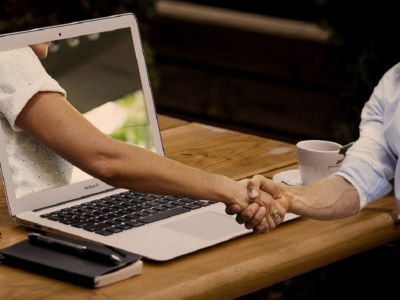