Despite Hype, Don’t Expect Quick Adoption Of Robotics In Retail

Judging by the buzz at the 2017 NRF Big Show, artificial intelligence-driven in-store robotics is one of the hottest trends in retail. Still, the inevitable question remains: when will retailers be able to scale these technologies as customer engagement tools?

Voice-controlled devices such as Alexa-powered Amazon Echo and Google Home are gaining popularity as automated connected home services, which supports the theory that consumers are growing comfortable with AI platforms . More retailers have implemented robotics within their distribution centers, so it seems like a natural step to bring this type of automation into physical stores.

Although the robotic solutions on display at NRF — including Softbank’s Pepper and the Trax/Fetch Robotics in-store shelf monitoring bot — appeared functionally promising, they are still emerging technologies that are in the test phase.

“The costs out of the gate for these robots are high, especially to run many of the tests,” said Bill Lewis, VP of Consumer Products, Retail and Distribution for Capgemini Consulting in an interview with Retail TouchPoints. “The use cases are still being understood and I think right now most retailers are trying to focus on their e-Commerce integration with stores.

“As I talk to the C-level suite for retail, they’re concerned about starting too many projects at once and having too many irons in the fire to execute them all well,” Lewis added. “When you talk about something as advanced as robots that have high costs attached, such as Pepper, you need to ensure that there’s a disciplined approach and a rigorous way to measure the ROI.”

A few major retailers are giving robots a test run. Best Buy implemented a customer-facing robotic arm, Chloe, in a Manhattan store to collect movies, music, games, headphones, chargers and phone cases for consumers. Shoppers can interact with Chloe via a touchscreen to ask for a specific item, which the robot will find, grab and drop into a chute like a vending machine.

In April 2016, Target conducted a one-week trial of the Tally robot from Simbe Robotics in one of its San Francisco stores. Tally works in concert with retail associates, arming them with information to ensure the store’s shelves are always stocked, in the right place and displaying the correct price tag.

But neither retailer has expanded on these limited pilots, lending credence to the idea that these technologies haven’t yet generated sufficient ROI. Like their e-Commerce counterpart, chatbots, in-store robots will likely go through an adaptation period before a significant number of brands start investing in them.

Lewis did note that the use of robotics will directly correlate with the revenue retailers are able to reel in with the technology. By 2020, he expects more retailers to introduce robots as greeters in front of the store, or assistants within the store aisles.

Some experts forecast a lengthier adoption timetable. Dr. Swagat Kumar, Head of the Robotics Research Group at TCS, predicts that these robotic assistants will eventually be scaled up further in stores, but probably not for at least five years.

“Deploying a fleet of robots, maintaining them and integrating robotics with multiple databases across the retail value chain is challenging both in terms of budget and effort,” Kumar wrote in the white paper, Robotics-as-a-Service: Transforming the Future of Retail. “When procured as a product, the robot is bundled with the software and hardware capabilities needed for executing specialized tasks autonomously. Managing hundreds of robots spread across geographical locations adds to the challenge.”

Kumar argued that the use of a cloud service addresses scalability issues, making it easier to

While the debate rages on about the timeline for in-store robots, retailers still may need to prioritize other areas before considering newer technology.

Kibbe also posed numerous questions retailers need to ask about the technology itself before implementing it within a store.

“First, do you have the infrastructure in place to support it?” Kibbe queried. “Secondly, does it support that desired customer behavior or is it a distraction? Thirdly, is it an experiment? Is it something that has a business case behind it, and how should you think about investing in it?”

Kibbe observed that any technology implementation needs to have value for everyone in the store — not just the consumer. This advice holds true on the robotics side of technology, especially when taking into account that it could disrupt the store associate’s daily schedule.

“Any new technology has some kind of learning curve,” said Kibbe. “Does the advantage I get from using that technology outweigh the ‘stick’ of that learning curve? And do your associates accept and embrace the technology? I don’t care if it’s associate-facing or customer-facing, if your associates aren’t excited about that technology you put in the store, it’s most likely going to fall. If they’re excited about it, embrace it and use it themselves or show customers how to use it, it’s most likely going to succeed.”

Retailers are going to have to take Kibbe’s commentary seriously if they want in-store robotics to be successful. As the technology continues to develop, retailers can only invest as much in the future of robotics as their stores permit. As long as they implement a strategy that keeps costs and ROI directly in mind, brands should continue to test the limits that these customer engagement tools can provide. 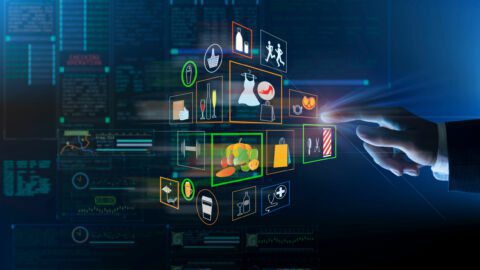 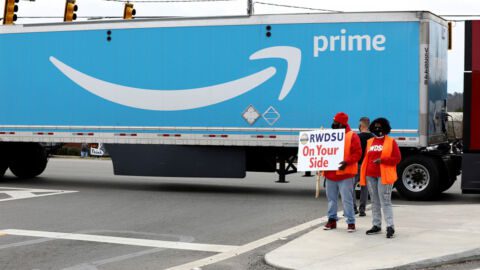