Do Retailers Appreciate Employees The Same Way They Appreciate Customers?

Did you know that Employee Appreciation Day is March 4? If not, that may be your first stumbling block to building long-term brand strength.

In an industry that is known for high turnover and low pay, some leading retail companies are showing their appreciation for employees with higher wages, an increased emphasis on education, and better two-way communications. In turn, these retailers are experiencing improved employee loyalty.

Retailers including The Container Store, Zappos, Wegmans, Starbucks, Bloomingdales and TOMS Shoes are working to ensure that their employees are happy in the workplace. But others, such as Walmart and Amazon, continue to be on the defensive about appropriate employee treatment and recognition.

While the federal minimum wage stands at $7.25, many retailers are seeing the benefits of offering a higher starting salary. Boosting company wages can prevent turnover and even motivate employees to perform better during the workday, thus improving the shopper experience in the long term.

The Container Store, for one, has gone above and beyond to pay its employees far more than its industry contemporaries. While some retailers offer an average salary that barely surpasses the minimum wage, The Container Store pays its in-store sales associates an average of $50,000 per year, as of 2014. Additionally, employees who stay at The Container Store for 20 years even receive two airline tickets to anywhere in the U.S., along with an additional $1,000 in spending money.

The Container Store also celebrates its own “We Love Employees Day” on Valentine’s Day as a way to show gratitude for its employees’ dedication to their jobs throughout the year.

“The Container Store is legendary for how they engage the staff,” said Kevin Graff, President of retail management consulting firm Graff Retail. “They stopped taking a look at staff as an expense, and they look at staff as an asset that they have to invest in. We’re not just talking about money, we’re talking about time, resources, training programs and better scheduling practices. The more you invest in your staff…the more they give back to you, the more engaged they become, and the better the shopper experiences are.”

In addition to a reasonable base wage, employers also should consider flexible scheduling, according to Paula Rosenblum, Managing Partner at RSR Research. “Number one, pay these workers a living wage. Sorry, that’s not a political statement, it’s a sociological reality. Number two, allow them to participate in the making of their own schedules. If they feel like ‘schleppers,’ they’re going to act like that. It’s pretty important to treat them like the differentiators they are.”

Flexible scheduling can certainly be a perk of any retail job, but perhaps an even better perk for retail employees is getting an exclusive day off. Zappos recently announced a company-wide paid vacation day for all 1,600 employees on Feb. 29 — Leap Day. The shoe retailer has led the charge in petitioning the government to make Leap Day a federal holiday, and is even spreading the word via a social media campaign with the hashtag #TakeTheLeap.

Retailers such as Wegmans and Starbucks have shown employees that they value a good education, giving them more of an incentive to work diligently, and perhaps stay long term. Even though these retailers likely realize that with a greater education many employees will move on to different careers, the overall initiative builds brand loyalty.

The Wegmans Employee Scholarship Program has awarded more than $100 million in scholarships to more than 32,000 employees since 1984. The scholarship is open to both full-time and part-time employees. The retailer even has its own internship program for employees, granting them a greater chance of moving up in their field of choice.

Starbucks has implemented a College Achievement Plan that enables employees working an average of 20 hours per week to earn their bachelor’s degree through an online program at Arizona State University. All expenses for the program are paid for by Starbucks. With tuition rates rising at a rapid pace, the opportunity is tremendous for employees who feel the costs would ordinarily put college out of reach for them. Upon graduation, employees are not obligated to continue working at Starbucks if they desire to move elsewhere.

Bloomingdale’s Takes Employee Education To The Next Level

Employees will not only feel more appreciated, but will feel more relevant when management invests in education around safety and security in the work environment. Bloomingdale’s, for example, ramped up its employee learning program to educate store associates about store safety and compliance. The programs cover loss prevention and identify the steps to take to ensure a safer store experience for consumers. The program’s success is determined by evaluating employee knowledge but also keeping track of unsafe in-store incidents.

“There’s a lot of drivers of employee engagement, but make sure your staff knows that the job they are doing is important,” said Linda Montalbano, VP of Graff Retail. “If an employee does a job that they don’t think is very important, they may mail it in. Educate and communicate with your staff about the task, and emphasize the impact of that job that they’re doing, whether it’s cleaning up the back room, merchandising in the store, doing markdowns or waiting to serve the customer. This will help the customer understand the value of the job, and also helps you align your recognition and appreciation programs.”

A Culture Of Authenticity Starts At The Top

From the upper management level down to the store associate, making the proper hires is a crucial step toward creating an environment that fosters authentic appreciation.

Chris Petersen, CEO at retail consulting firm Integrated Marketing Solutions, pointed out that hiring the right store manager is the most important task for retailers looking to instill companywide recognition and retention, yet is often an overlooked part of retailing.

“If you look at the frontline staff, Apple has the saying ‘Hire for smiles,’” Petersen said in an interview with Retail TouchPoints. “If retailers have people interacting with consumers, it’s very hard to teach them how to smile. They need to do that naturally and like being around people. The same principle applies to managers. Don’t hire them to be operationally sound or based on experience of running a store; hire a manager based on those skills that develop employees that have a track record interacting with other people.”

Because today’s retail environment includes many communication channels and an increasing number of Millennial employees, merchants now have to update their appreciation programs to align with new expectations. Therefore, a traditional “Store Employee of the Month” program may not hold the same kind of value it did in the past.

Petersen highlighted TOMS Shoes as a company that has figured out how to appeal to today’s new employee base. The environmentally conscious retailer invites employees to travel abroad to deliver shoe donations after one year with the company. “Employees stay there because they feel that it’s part of something bigger than just work or just selling products,” Petersen explained. “Employers need to start understanding retail is not just about selling things, it’s about helping people who are customers and also aligning for a greater good in some cases.”

What Are The Pitfalls Of Appreciation Missteps?

The success seen by industry giants including Amazon and Walmart may spark a debate about whether or not employee appreciation actually pays off. These two retailers, which represent the top U.S. brick-and-mortar and e-Commerce sales respectively, have been confronted with numerous disgruntled employees over the years.

Although Walmart has traditionally dominated the retail industry from a revenue standpoint, it had a 7.9% decline in profits in Q4 2015 and threw out numerous justifications for its recent lack of success, including weather, inventory shrinkage, as well as high pharmaceutical and operating costs. In an unprecedented move, Walmart even announced it would close 269 stores this year.

“I do believe if the company doesn’t change its employee policies, its results will continue to decline,” Rosenblum said in an interview with Retail TouchPoints. “Will it have to sacrifice earnings in the short term? Yes. But over the long haul it will do better. When movies like ‘Walmart: The High Cost of Low Prices’ are out on the airwaves, it doesn’t bode well for the company’s long term prospects.”

Walmart recently has taken steps to increase wages to bring every associate hired before Jan. 1, 2016 up to a minimum wage of $10 per hour. With the increase, the average full-time hourly wage for a Walmart employee is $13.38 per hour and the part-time hourly average is $10.58 per hour. While it is arguable that the company still has a long path to travel to reach overall employee happiness, the retailer has given in to pressures to boost wages.

In the case of Amazon, it keeps chugging along despite outcry from employees, both present and past. A group known as The Former And Current Employees (FACE) of Amazon has even gone so far as to craft an open letter to CEO Jeff Bezos, accusing him of denying internal management problems. The retailer was under fire from The New York Times in August 2015 for poor treatment of employees, although Amazon execs have since disputed many of the claims. Bezos, in response, sent a memo to Amazon employees encouraging them to read the report and report directly to human resources about any activities similar to those described.

If anything, Walmart and Amazon taking strides to clear up some of the issues that have been plaguing them shows that, on some level, they are open to listening to public criticism. Even if the retailers have to be prodded into improving their conditions, it’s still a win in the long term for employees and the industry in general.

“I think Amazon probably does way more right than they do wrong at this point,” Graff stated. “They’re a nice target and there’s always a disgruntled employee everywhere, and thankfully there are because they shine the light on things that can always be improved. They’ll move in the right direction, because they’re going to be forced to move in the right direction. In working in this industry for 30 years, the one thing I’m incredibly proud of is how retailers across the board have upped their game on the staff experience.”

When retail leaders implement policy changes, others follow. Whether by increasing employee wages, adding perks that make the employee feel valued, or altering the hiring process to onboard more people-oriented managers and associates, retailers are now more focused on improving the working climate, and developing a culture where people want to come to work and be brand advocates. 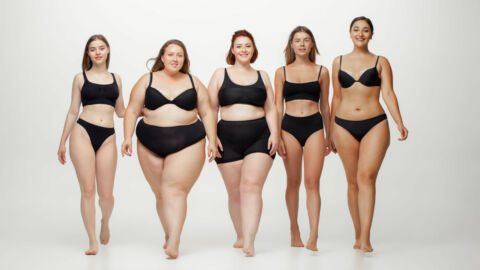 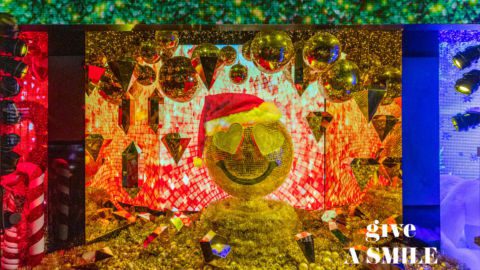