Economist is ‘Optimistic, but With an Asterisk’ About Post-Pandemic Retail

The retail industry has been through dramatic changes in the past year-plus, and the disruptions are far from over even as we move into a post-COVID economy. While many analysts have focused on the losses, particularly those to frontline and store-based workers, one leading economist believes that, on balance, the retail labor market will be one that’s actually better for employees.

“During the pandemic, retail was hit pretty hard,” said Dr. Michael Mandel, Chief Economic Strategist at the Progressive Policy Institute think tank during a recent National League of Cities (NLC) webinar. “However, we’re seeing that the number of jobs and labor hours that were created in ecommerce is greater than the number of jobs/labor hours lost in [brick-and-mortar] retail. People are exchanging partial-week jobs for full-week jobs with benefits, and ecommerce jobs pay approximately 30% more than brick-and-mortar retail. So while this is a transition, net-net it’s better for workers.”

Mandel was part of a panel discussion focused on the NLC’s recently released The Future of Cities report, along with Laurie-Anne Sayles, Council VP of Gaithersburg, Md., and Erin Simmons, Senior Director of Design Assistance at the American Institute of Architects’ Center for Communities by Design. All the panelists agreed that retail would remain vital to the health of urban centers, and vice versa.

“When we work with city leaders, particularly on retail projects, the most important thing is to get bodies to these spaces,” said Simmons. “They need people to be lively and keep them going, so when we partner with a community for special events — art in the park, wine walks, movies outside — we need to ensure the local shops stay open two hours later than normal. The pandemic left people with a huge appetite to support local restaurants, shops and experiences.”

Gaithersburg is “working hard to attract investments for retail businesses,” said Sayles. “We have 1 million square feet of surplus space in our community, and there are prime opportunities to convert these to mixed-use developments. There’s also an affordable housing shortage, so it’s a good opportunity for local municipalities to reimagine what these spaces could look like in terms of making them more walkable and livable.”

Why the Retail Labor Shortage Could Actually be Good News

Many retail and hospitality businesses have been bemoaning their restaffing problems now that COVID restrictions are being lifted. While this will remain a challenge in certain sectors and geographies, on a macro level Mandel sees this as a sign of the industry’s health. He cited higher quitting rates among workers as a positive: “If people have decided they don’t want to work low-wage jobs, that means people think they can do better,” he noted. “We’ve had 20 years of brick-and-mortar retail being a low-wage industry, and that’s not true anymore; rising wages are part of the transition to people having better jobs than they had before.”

Mandel and the other panelists admitted that this transition will be complicated and difficult. “We haven’t seen the full implications yet as to where new retailers will locate — will they be downtown? Nearer to residences? Will there be little clusters of shops, or a variant of the old malls?,” said Mandel. “It’s hard to say, because it depends on where workers are going to locate, and there’s also the debate about whether people are returning to offices or not. It will also depend on transportation patterns so that we figure out how people get to where the ecommerce jobs are. Ecommerce is creating jobs faster than they have been lost in brick-and-mortar — but not in the same places. That’s why I’m optimistic, but with an asterisk.”

To help workers transition to the higher-paying jobs that Mandel forecasts will be part of retail’s future, the NLC report made several recommendations to urban leaders, including:

Technological support also will be vital to both the industry and its workers. “We have to have equal access to broadband; this connectivity is necessary not just for consumers but for retailers,” said Mandel. “This is a big priority for the Biden administration, to provide equal access in both rural and suburban areas.”

Mandel emphasized that during this transitional period, “it will be essential for the local, state and federal governments to support retail. I think there’s a bright future for retail in cities, but we can’t be wedded to what we had before.” 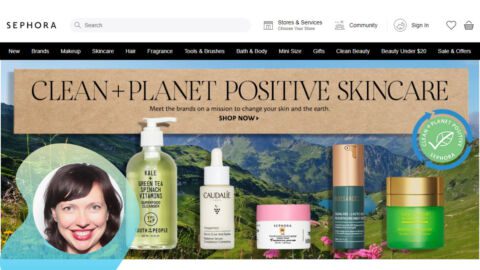 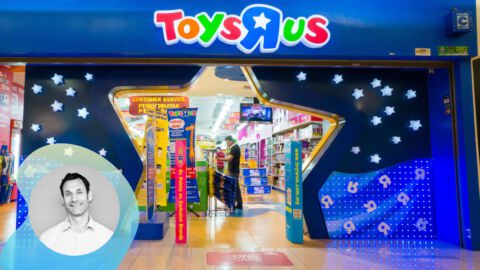 To Thrive in the New Global Ecommerce Marketplace, Toys ‘R’ Us may Need to Think Small