Because retailers have been hyper-focused on Millennials, they may have forgotten about the next generation of shoppers: Gen Z or Centennials, better known as teens and tweens. Teens may seem like simply younger Millennials, but they are unique in their own ways. To that end, there are many strategies retailers can implement to build and maintain relationships with Gen Z and keep them coming back, including:

As true digital natives, Gen Z is “not only the best preview of future generations, but they also reveal the behaviors older generations will eventually adopt when it comes to technology,” according to The Center for Generational Kinetics, a Millennials and Gen Z research and solutions firm that specializes in retail. They are a generation of strong-willed people who grew up in the digital age, where everything is accessible at the click of a mouse, and social media and texting often win out over face-to-face conversations. They’ve seen the impact of the global recession on their families firsthand, resulting in more frugal spending habits.

“They’ve come of age during challenging times and they’ve learned that hard work and grit are the key to success,” said Rob Callender, Director of Youth Insights for The Futures Company, in an interview with Retail TouchPoints. “They know they will face roadblocks, but are prepared to dust themselves off and get up if they get knocked down, which was a kind of complaint that society had about Millennials, who may have been a little fragile in that respect. Gen Z is realistic, are well acquainted with limits and constraints, and they have patience with themselves and with how the world works.”

Unfortunately for retailers, it’s not easy getting teens to be loyal to specific brands using existing tools.“Trying to gain the loyalty of Gen Z via traditional loyalty programs, cards and promotions is a losing battle,” according to a study by Ernst & Young. “The percentage who say a loyalty program makes a store special to them drops from 45% for Millennials to 30% for Gen Zs. The drop-offs are even more dramatic for interest in shopper cards and special events.”

Ernst & Young surveyed 400 teens to find out what is most important to them in terms of retail offerings and loyalty programs. Some key findings include:

“Teens are highly loyal, but they’re loyal to trends and styles — not necessarily loyal to the store,” said Jeff Simpson, Principal at Deloitte Consulting. “The notion of points programs doesn’t resonate with these consumers [as well as they do] with older consumers. If you’re on-trend and have got the style right, then they’re there with you. If you miss it and step out of line, then it will be hard to get them back.”

Unlike Millennials, Gen Z is a frugal generation, even though they get the bulk of their spending money from their parents. They also want a personalized experience when shopping, so retailers should to be careful about whether they are targeting the end consumer or the parents who are paying.

Price and quality are a “big consideration” for teens, according to The Center for Generational Kinetics. Cost-conscious members of Gen Z will search for pricing information and better deals on their mobile phones before making a purchase. In fact, the Center’s studies show that Gen Z are similar to Millennials in that they are more likely to search the Web for a better price, much more than Baby Boomers or Generation X would.

“Gen Z is very practical and they won’t overpay like other generations did when they were their age,” said Jason Dorsey, Co-Founder and Gen Z researcher at The Center for Generational Kinetics, in an interview with Retail TouchPoints. “It’s an interesting and important shift that brands, retailers and mall operators must adapt to win.”

In addition to the right pricing, Gen Z wants a personalized experience, and aren’t too worried about privacy. While many members of this group like to shop on their mobile devices, they also enjoy shopping with friends by visiting malls and stores that offer unique items at a practical price. For retailers, that means enhancing in-store and online strategies to create fun and experiential experiences in order to win teens’ hearts.

Additionally, just a little more than half (54%) of teens are concerned with privacy and security when using a mobile payment app, according to the Center for Generational Kinetics.

“Those of us that are a little bit older obviously pause when we’re asked for an email address, password and that kind of stuff,” said Simpson. “This generation has zero qualms about it. As they get older and get access to credit cards and currency, I think it does become more of an issue, but I still think this generation is going to be far more trusting than others.”

In terms of social media, retailers should choose their channels wisely when targeting Gen Z versus Millennials. For the former, Instagram reigns supreme due to the its visual context. As many as 33% of teens prefer Instagram over Twitter (20%), Snapchat (19%) and Facebook (15%), according to a survey by Piper Jaffray.

“For Gen Z, it is all about visual context,” said Jill Standish, Senior Managing Director of Retail at Accenture. “They are getting inspired through YouTube and other forms of social media that are very visual. Retailers are responding by gaining appealing spokesmodels for their brand and making them come alive through social media. This generation likes to ‘follow’ these brand ambassadors on Twitter and YouTube to get inspired.”

For brands and retailers, Instagram is a way of connecting with teens emotionally. “You can tell a story in one image, almost no words, and you can create an immediate emotional reaction,” said Rony Zeidan, founder of the branding agency RO NY, in a statement. “You need to be very truthful in representing what your brand stands for in order for it to resonate and create engagement.”

Many retail brands that appealed to teens 10 years ago may need to re-focus efforts to be popular with Gen Z. The rise of fast fashion, athleisure and online shopping have caused even some of the best-known teen retailers to reassess their strategies and even to file for bankruptcy.

Similar to other age groups, teens like to shop on Amazon — as many as 41%, according to the Piper Jaffray survey. “Amazon Prime adoption has increased across all income brackets in each of the past five surveys, with this survey indicating Amazon Prime exists in 51% of households of the teens in our survey,” according to Piper Jaffray. Among teens, Nike and Forever 21 ranked second and third as preferred shopping destinations after Amazon.

Fashion athletic apparel (or athleisure) for female teens is still on the rise, which confirms why Nike is a top retail brand for the demographic. Responding to increased interest from teens and younger girls, athletic retailer Athleta recently launched a line dedicated to teen girls called Athleta Girl.

Today’s teens have less interest in retailers that were popular with Millennial teens, such as Aéropostale, Abercrombie & Fitch, Hollister and American Eagle. These brands gained popularity because “they fueled a vibrant retail scene which catered to every niche and subculture,” said The Futures Company’s Callender. “Millennials could picture who they wanted to identify with and there was a retail channel that specialized in that and would help them form that identity.”

Now, these retailers have experienced setbacks with the rise of fast fashion retailers such as H&M and Forever 21, which are more affordable and on-trend but not as logo-heavy. Aéropostale and Pacific Sunwear, for example, recently filed for bankruptcy after failing to modernize their strategies for young consumers.

“Abercrombie & Fitch, Hollister, [and other] brands that were iconic in the 2000s were emblazoned with huge letters across articles of clothing,” said Callender. “That’s a very Millennial way of looking at fashion. Millennials were linking themselves with that brand to attach themselves to some of that brand’s aura. Gen Z doesn’t seem to have any interest in that whatsoever. They want brands that align with their world rather than vice versa.

“Brands that emphasize that they’re more welcome and inclusive will be most likely to win Centennials, because Gen Z is shopping their values,” he added. “Another thing [retailers should do is] anticipate their empowerment. Millennials were largely respectful of institutions in the marketplace, but Centennials may be less patient.” 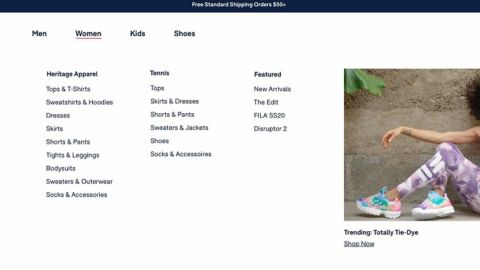 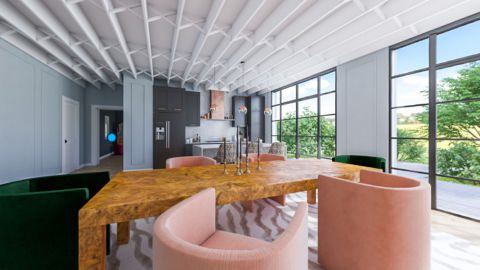